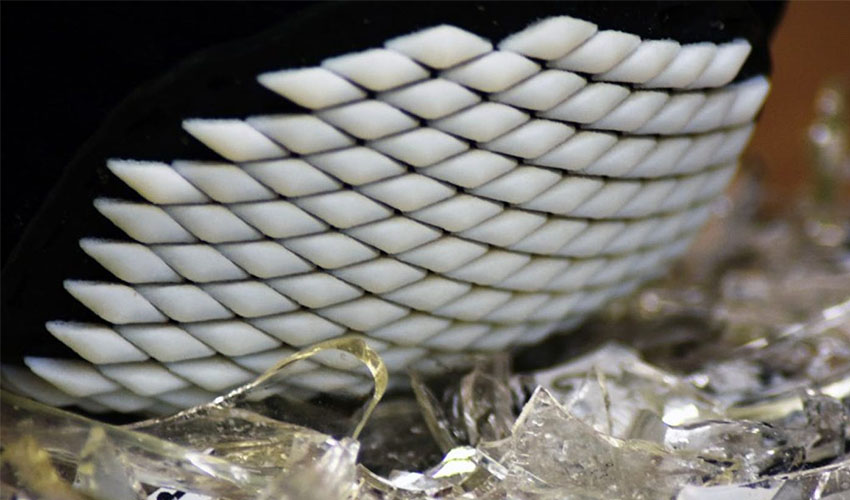 Nature has a way of designing structures that is often optimal. This is the reason why a number of research teams around the world are developing bio-inspired designs. At Virginia Polytechnic Institute and State University, research led by Ling Li is looking at how to make armor that is strong yet flexible, similarly to a mollusk’s shell. Typically, man-made armors often rely on rigid mechanical structures, which unsurprisingly reduce its maneuverability considerably. Using 3D printing technologies, the researchers were able to study the species’ scaled armor to create a synthetic flexible scaled armor analogue.

The researchers specifically studied chitons. This species possesses hundreds of small, mineralized scales arrayed on the soft girdle that surrounds their overlapping shell plates. Professor Ling Li explains: “Most mollusks have a single rigid shell, such as the abalone, or two shells, such as clams. But the chiton has eight mineralized plates covering the top of the creature and around its base, it has a girdle of very small scales assembled like fish scales, that provide flexibility as well as protection.” Studying the chitons’ armor meant using parametric computational modeling and multimaterial 3D printing. 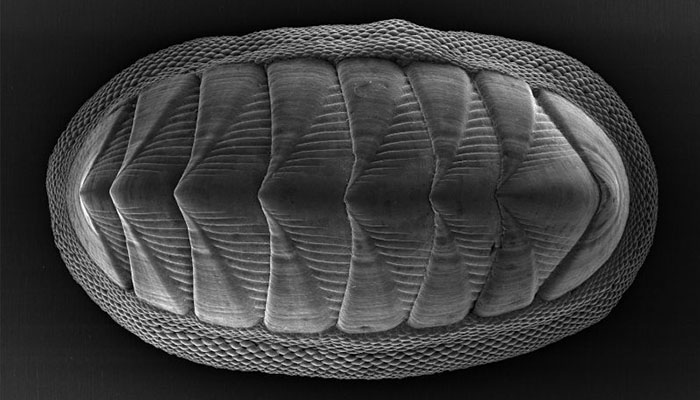 For the bio-inspired flexible armor the researchers studied the chiton’s plates | Image via Virginia Tech.

This is not the first application where 3D printing is beneficial for biomimicry. Since the technology enables a new level of design freedom, it is possible to achieve designs that were simply not possible using traditional methods. In this case, the team developed a parametric 3D modeling methodology to mimic the geometry of individual scales.

After mimicking the geometry, they assembled individual scale units on either flat or curved substrates, where the scales’ sizes, orientations, and geometries were varied, using 3D printing to fabricate the bio-inspired scale armor models. Professor Li adds: “We studied this in a very detailed way. We quantified its internal microstructure, chemical composition, nano-mechanical properties, and three-dimensional geometry. We studied the geometrical variations of the scales across multiple chiton species, and we also investigated how the scales assemble together through 3D tomography analysis.” 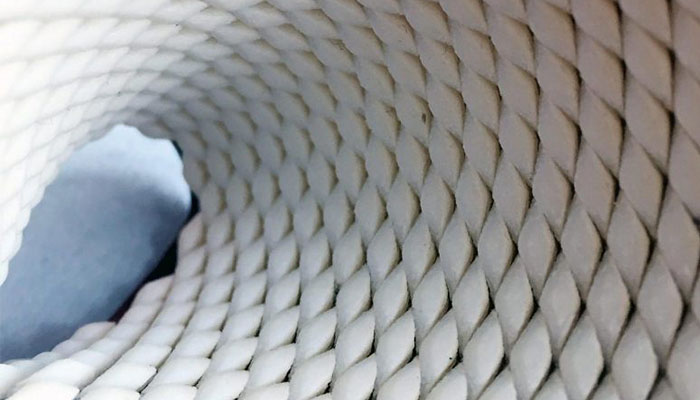 When the armor comes in contact with a force, the scales converge inward upon one another to form a solid barrier | Image via Virginia Tech

The results demonstrated that the stiffness derives from the arrangement of the scales. When the armor comes in contact with a force, the scales converge inward upon one another to form a solid barrier. Nevertheless, when no force was applied the scales could move on top of one another to provide differing amounts of flexibility dependent upon shape and placement.

You might ask what are the real life applications of such research. The researchers explained that completely new products could be imagined, for example 3D printed protective gear such as kneepads could offer a new level of protection-flexibility performance. You can find more details in the study published in Nature Communications HERE.

What do you think of this bio-inspired flexible armor? Let us know in a comment below or on our Facebook and Twitter pages! And remember to sign up for our free weekly Newsletter, to get all the latest news in 3D printing send straight to your inbox!

Will the 3D printed bone bricks facilitate the healing of complex fractures?