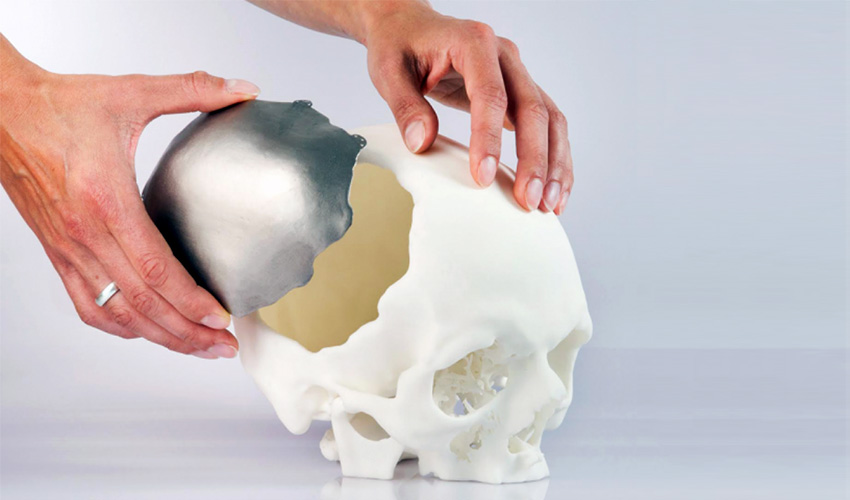 The medical sector has experienced a boom in 3D printing applications within the last few months. Recently, we presented to you a selection of the most innovative 3D printed orthoses on the market. Additive manufacturing enables personalisation of each device to respond to each patient’s specific needs and wants. The solutions created are more appropriate than using traditional methods in terms of design, manufacturing times and associated costs are also reduced. Today, we take a look at 3D printed implants – used to replace an organ, treat a disease or supplement a function, all over a generally long period of time. 3D printing is a relatively new process that can be used to design and then create these medical devices. As many know, most implants today are made of titanium, a metal prized by the medical sector for its biocompatibility. The body generally accepts this material well, a key component when it comes to implant placement. Below you will find some examples of 3D printed implants – this list is not exhaustive so feel free to share your comments at the bottom of the article!

Kunming University Hospital and 3D thermoplastic printer manufacturer IEMAI 3D developed the first 3D printed clavicle implant in PEEK. Why did they choose this material? The patient in question could not have metal implants because he had to undergo chemotherapy sessions. Therefore, they decided to use FDM 3D printing technology and manufacture the implant with one of the most resistant plastic materials currently available. After the successful implantation, the doctors found that the patient’s body accepted the PEEK implant without difficulty and much faster than any other metal. 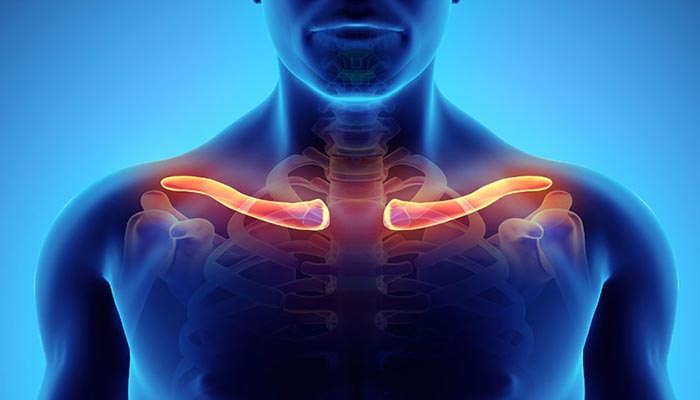 Thanks to additive manufacturing technologies, a man with cancer in Australia was greatly helped: because of his disease, parts of his sternum and surrounding tissues had to be removed. This type of operation is almost like an amputation, so it was necessary to replace the removed parts. Dr. Ing. Michel Harden of the Royal North Shore Hospital, had heard about additive manufacturing and its advantages in implant design. So he contacted several printing departments to manufacture his patient’s implant – he finally turned to Anatomics in Melbourne. 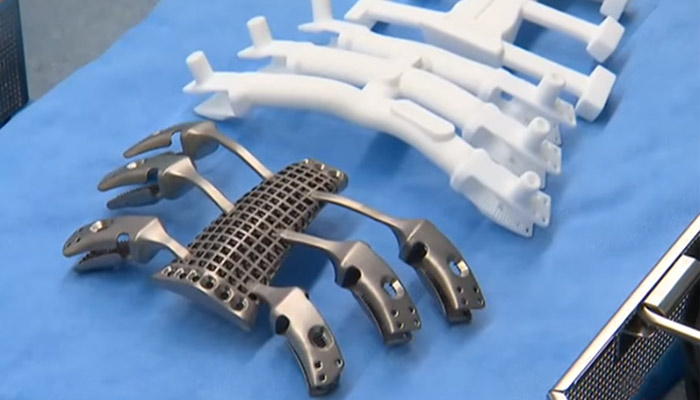 A lower jaw implant for a child in China

For the first time in China, a 3D printed lower jaw implant was placed in a child last year. He had a rare mandibular tumor that could not have been removed without causing a significant facial malformation. However, the patient had great difficulty opening his mouth properly, talking and eating. As a result, the doctors decided to replace the missing part of the lower jaw with a 3D printed titanium alloy implant. They used digital models of the boy’s jaw to design a perfectly adapted custom implant. 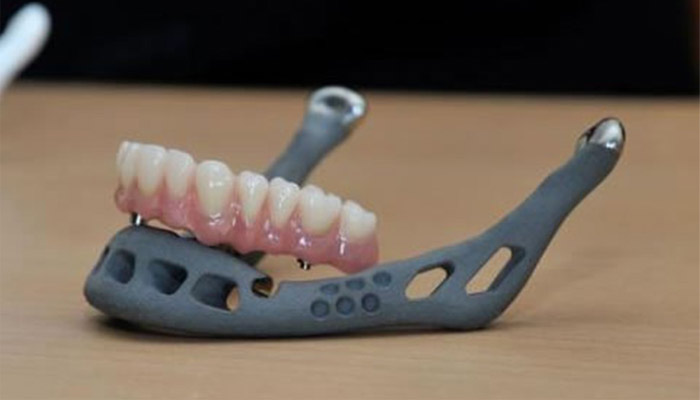 In South Africa, the medical team led by Professor Mashudu Tshifularo managed to get a patient who had lost his hearing in a car accident to hear – again, thanks to additive manufacturing. They replaced the patient’s damaged ossicles with a 3D printed implant in the middle ear. Titanium has been favoured, known for its biocompatibility. 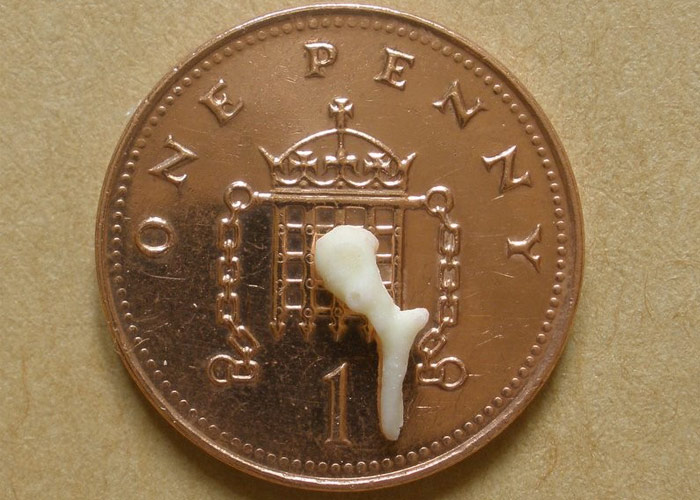 Ossicles are among the smallest bones in the human body. The picture shows a real ossicle and not the implant

Amit Bhanot suffers from ankylosing spondylitis, a serious arthritis that causes inflammation of the vertebrae. His disease was detected in the 1990s and, over the years, he had lost much of his mobility. In 2017, he visited the Institute of Medical Sciences of India (AIIMS), where Professor Rajesh Malhotra, Head of Orthopaedics, diagnosed the need to create an implant for the patient. They first printed several 3D models with FDM technology in order to visualise the implant. Then they turned to EOS’ metal technology and were able to successfully manufacture a titanium vertebra. 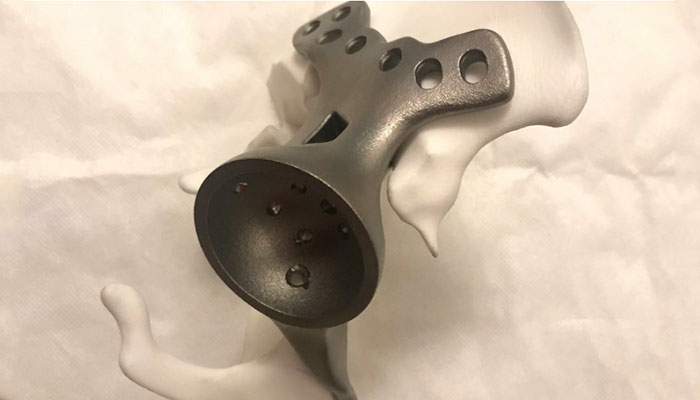 3D printing of a jaw implant after tumor removal

Anelia Myburgh is an Australian patient with a 3D printed mandibular implant that allowed her to reconstruct her face. She had a malignant tumour in her jaw and teeth that doctors had to remove; in doing so, they had to remove part of the patient’s face also, which resulted in a significant deformation. Thanks to the use of 3D technologies at the hospital, they decided to develop a custom implant for her. After more than 5 hours of surgery, the result was successful.

Due to a chest tumour, a Welshman had to remove three ribs and part of his rib cage. He had a tennis ball sized tumour in his rib cartilage, which was removed after 8 hours of surgery. These missing parts of the rib cage were successfully replaced with a custom implant. The doctors chose metal 3D printing as the manufacturing method and turned to Renishaw’s solutions, which are able to create quality titanium parts. 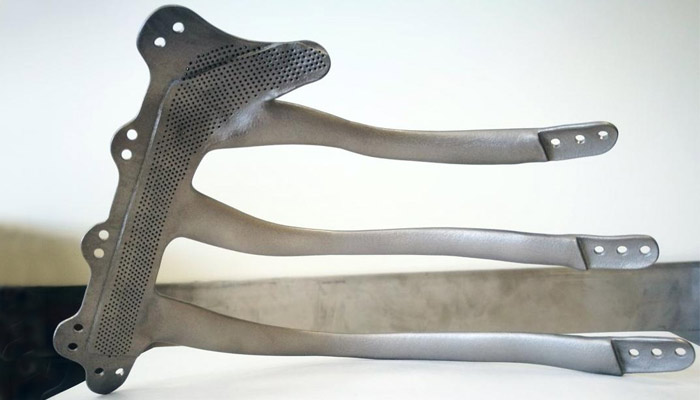 In Bulgaria, Ivaylo Josifov arrived at the hospital with a tonsillitis and left with a new 3D printed rib. The doctors discovered a malformation in his ribs that pressed against his lungs, resulting in immediate surgery. The most relevant solution was to develop a new 3D printed rib, made jointly with the Polish 3D printer manufacturer, 3DGence. He helped Tokuda Hospital develop the world’s first flexible polyamide chest implant. This development saved the patient’s life and saved him from many future problems. 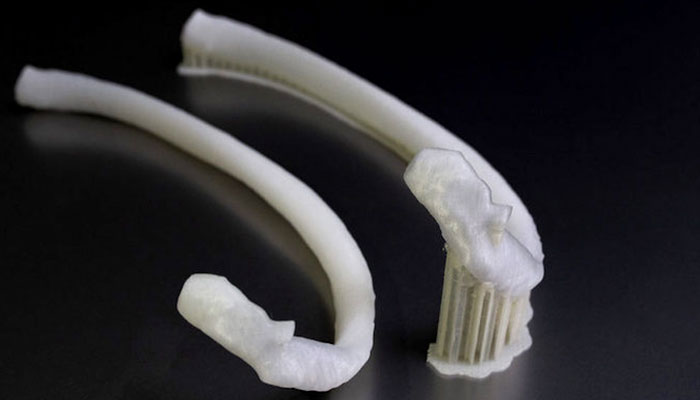 Medicrea is a Lyon-based company specialising in implant design. Among its manufacturing processes, we find 3D printing. In 2014, Medicrea was the first French company to 3D print spine implant from PEEK, a thermoplastic renowned for its high strength and resistance. Since then, it has developed a range of 3D printed interbody cage implants from titanium. Called IB3D, it could well disrupt the spine market. 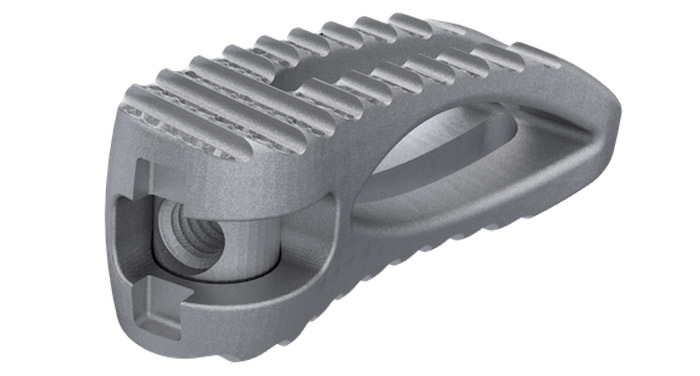 Tiffany Cullern is a young woman who suffered from a brain tumor at just 20 years of age. The size of a tennis ball, it had to be removed urgently. After 6 hours of surgery and by piercing the skull, the surgeons were able to remove the lump. However, even if the operation went well, the girl did not respond two days later: her brain had swollen. The doctors had to remove parts of her skull to relieve the pressure. For 3 months, Tiffany lived with 12.7 cm less skull, until a 3D printed implant was created. It has been designed from titanium, plastic and calcium. 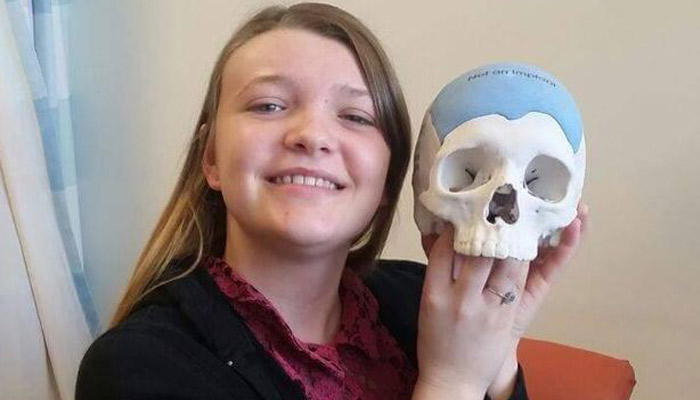 One of the oldest solutions on the market

In 2018, we celebrated the anniversary of the titanium 3D printed hip implant: 10 years after the operation, the implant is still in good condition and the patient has fully integrated the solution. It is the hip cotyls that has been designed using metal additive manufacturing: 600 components have been created, based on an Arcam machine based on electron beam technology. While a traditional hip implant must be changed every 10 to 15 years, it would seem that the 3D printed implant is stronger, resulting in fewer complications for the wearer. 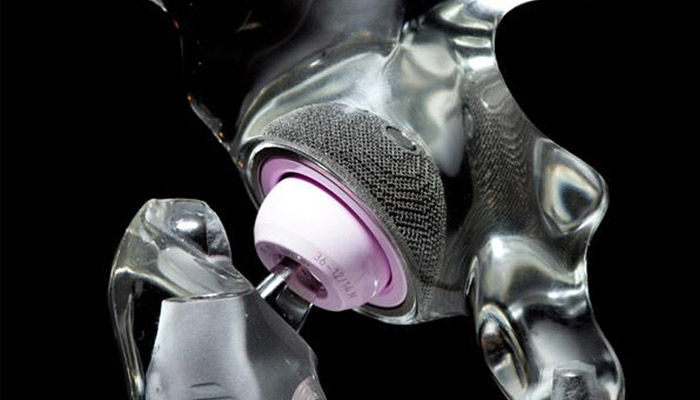 A 3D printed implant for a dog

Who said that 3D technologies were only for humans? The example of this Siberian Husky speaks for itself: the dog received a 3D printed titanium implant, which replaces the top of his skull that had to be removed during a critical operation. One of the advantages of 3D printing is that it offers a total customisation of the implant: it is perfectly adapted to the morphology of the dog. It then integrates more easily into the skull, allowing the bone to develop quickly in the implant. 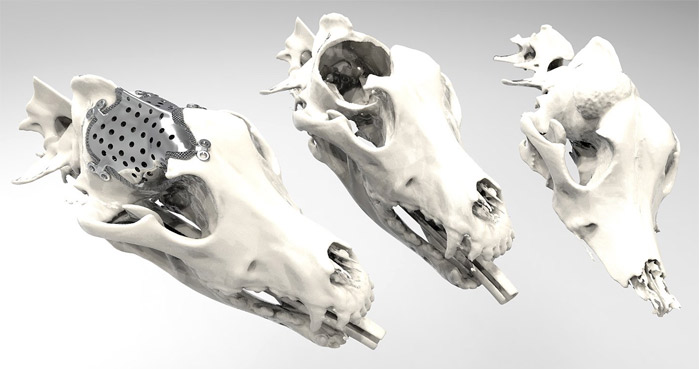 What did you think of these 12 3D printed implants? If you want to share some more we might have missed, you can leave a comment in the section below or on our Facebook and Twitter pages! Sign up for our free weekly Newsletter, all the latest news in 3D printing straight to your inbox!

What 3D resin printers are available in 2021?