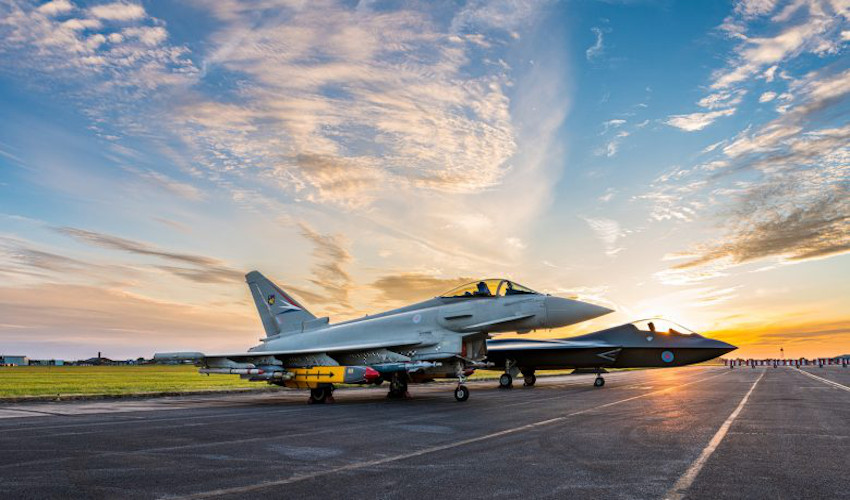 Aerospace is one of the first sectors to have used additive manufacturing, in particular metal 3D printing, whether to produce prototypes, spare parts or end-use parts. It includes the production of turbines, engine parts, aircraft seats, and more. Additive manufacturing is becoming more and more popular in the sector because it enables the designs to be more complex and lighter at the same time, not to mention the speed and reduced cost of production. However, we know that nowadays AM went far beyond aeronautics – be it land vehicles or complex ships, the manufacturers are incorporating 3D printing in their operations, and BAE Systems is no exception.

BAE Systems is a multinational aerospace, defense and security giant based in the UK. They design, manufacture, and support complex surface ships, combat vehicles, artillery systems, missile launchers, and combat and trainer aircrafts. In other words, they cover the Land, Air, and Sea defense and security. Since innovation and efficiency are key for their operations, BAE Systems had embraced the value of AM technologies as early as 20 years ago; and by 2016, the British company had already 3D printed more than 2,500 parts. Among other things, the company has integrated 3D printed components into the Typhoon fighter aircraft; for example, the 3D printed cockpit floors for the Typhoon were made from ABS (Acrylonitrile Butadiene Styrene) and ASA materials. 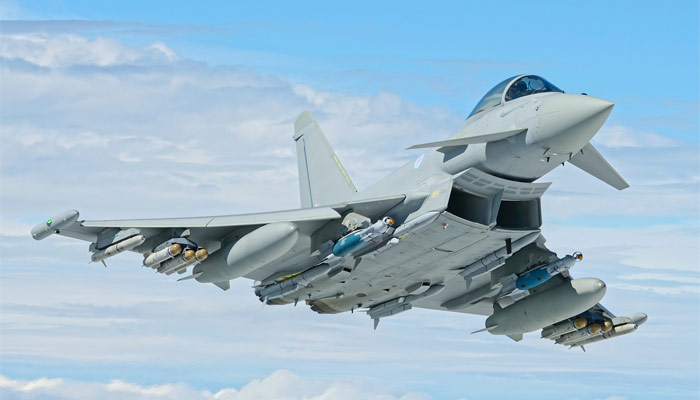 Earlier this year, BAE Systems announced that they signed a new agreement with Renishaw. They invested in several Renishaw 3D printers at its product and process development center in Samlesbury, Lancashire. That is in addition to various solutions from Stratasys, with who they have quite a long history of collaboration – it all began in 2006 with BAE deciding to invest in Stratasys’ 3D printing technologies.

The two giants in their respective sectors, Stratasys and BAE Systems, apparently intend to further strengthen their collaboration – a few days ago, BAE confirmed the purchase of their fourth Stratasys 3D printer. Along with its existing line-up of F900 industrial 3D printers, the latest addition will run around the clock as an essential element in BAE’s Factory of the Future, a 1,000 square meter facility in Lancashire where the most advanced technologies work seamlessly with human operators. “Our Factory of the Future program is all about driving the future of fighter aircraft production with disruptive technologies and we’re working closely with our suppliers and wider industry to meet the challenges the UK Government has set out to us. Stratasys FDM additive manufacturing plays an important role in this initiative, as it helps us meet our overall company objectives to reduce costs and time-to-market,” says Greg Flanagan, Additive Manufacturing Operations Lead at BAE Systems Air.

If before the Typhoon’s components were only 1% additively manufactured, now BAE is aiming to 3D print 30% of parts for its Tempest aircraft, with the goal to increase production speed and reduce production costs. Hence, the purchase of yet another FDM printer. 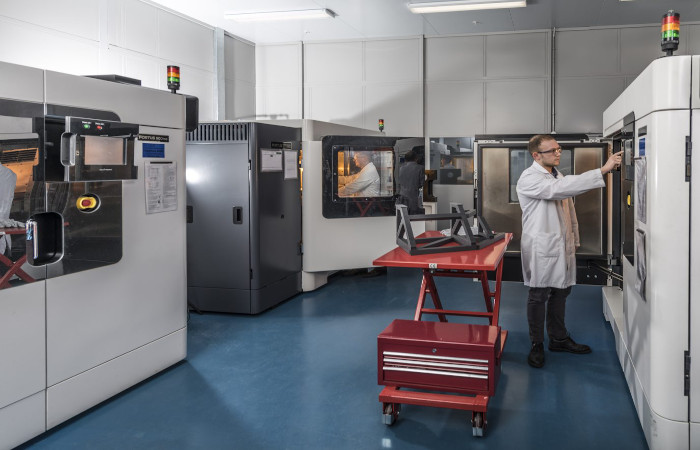 BAE adds the fourth Stratasys F900 3D printer to its fleet for the “Factory of the Future” initiative. (Credits: BAE Systems)

Flanagan further explains, “With our FDM 3D printers, the thermoplastic covers can be made much faster than traditionally manufactured versions and are a lot lighter and easier to move for the ground crew, so it improves efficiencies within the maintenance, repair and overhaul process. An added bonus is that they can be printed in red – the color of all ‘remove before flight’ components.”

What do you think of this partnership between BAE Systems and Stratasys? Let us know in a comment below or on our Facebook and Twitter pages if the listing above was useful! Don’t forget to sign up for our free weekly Newsletter, with all the latest news in 3D printing delivered straight to your inbox!