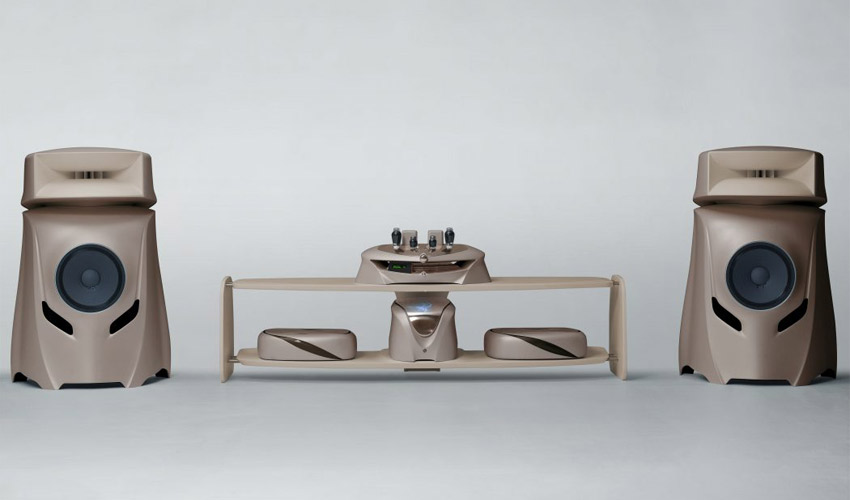 The French Startup Askja Audio was founded in 2014 to provide a revolutionary audio solution for all music lovers. Called Askja Origin, this set includes multiple mechanical 3D printed parts, including electronics boxes. Its founder Didier Kwak has especially imagined a large hybrid amplifier whose housing design made it very difficult to achieve using traditional methods. This challenge has been overcome thanks to 3D technologies that offer more freedom in terms of geometric complexity and design. We met Didier Kwak to learn more about the design process of his audio solution and to better understand the link between 3D technologies and music.

3DN: Can you introduce yourself?

Hello, my name is Didier Kwak. I worked for 30 years in cinema and advertising, mostly in the field of image. For example; I worked on the design of the Visual Effects of the Fifth Element of Besson. As an advertising director I was more often confronted with the production of soundtracks. I found that while technological developments such as digital were rather favourable to the resulting quality of the image, the quality of the sound kept falling apart, including the personal systems of listening to music or the monitoring professional auditoriums. 3DN: How did you come up with the idea of ​​this audio system?

I was Interested for a long time in psychoacoustics which studies how the ears and brain receive the music, I decided to design a system totally against the foot of the world production. A system that promotes realism, the veracity of the sound emitted, from conventional sources like the CD but without compression.

3DN: What is the place of 3D printing in this project? Why did you choose this technology?

I made a first prototype that allowed me to validate electronics and electroacoustics but still built cubic, wood and metal as do all competitors. Given the unanimity of the reception by professionals of the sound result of this first prototype I decided to go to the end of my idea. To introduce fluid mechanics and aerodynamics in the design of speakers and other housings of the electronics. For this I organised a partnership with Swiss Fibertec, a Sauber F1 Team partner, to find know-how in the field of Formula 1, know-how in fluid mechanics but also in innovative composite materials. 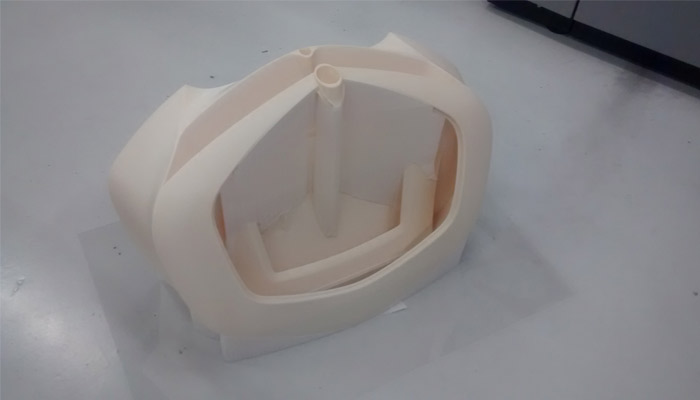 It is the resulting complex shapes of design that have led us to consider 3D printing. The realisation of some parts with traditional tools would have been very expensive and very long or impossible. Especially since I did not want to cut some parts in several to maintain a vibratory continuity. The whole of the modeling of the parts having been realised under Catia. Making it possible to control several types of tools including digital printers.

As the Askja system is modular, digital printing does not freeze a file, we can modify it to cope with customisation both internal electronics and external finishes. Manufacturing using molds would not allow this flexibility.

The solution designed by Askja Audio

3DN: What 3D technologies did you use?

I turned to the 3D printer Fortus 900TM ™ from Stratasys , a system capable of producing very large parts with complex shapes or to produce more at a time. The use of ULTEM ™ 9085 resin and ASA materials allowed the desired dimensional stability and robustness.

3DN: What are the main challenges that Aken Audio has faced?

In search of the best surface finish of the finished parts, we had to do many tests in FDM printing to choose the orientation of each part in the printer and the choice of nozzles, also compromised on the time so the cost of ‘impression. Some very intricate parts of the interior of the speakers (not patented so not demonstrable) have caused problems of collapse in the printer because of the mass of support and heat in the heart of the room. In short, the focus was not always simple but now we have the method, piece by piece. 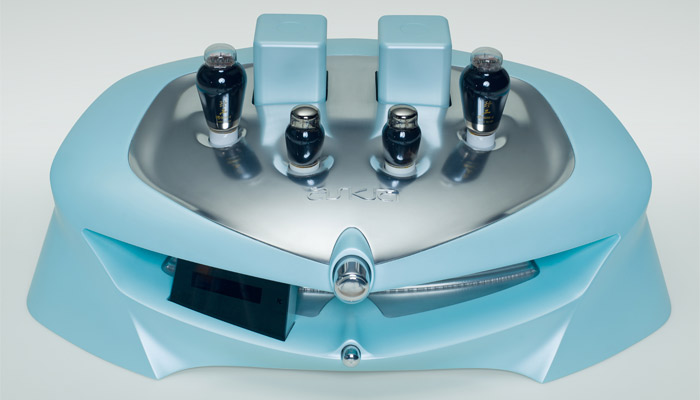 3DN: What do you think is the link between 3D printing and music? Its future?

For me, music and digital printing will come together more and more often when the imagination of inventors induce complex mechanical parts to achieve. The flexibility of digital printing allows for many tests of parts for which no measure is enough but only the ear remains judge of the result, one can not finance other tools for so many tests.

3DN: A last word for our readers?

To all music lovers… I invite them to listen to the Askja system in the Nice Villa Showroom. Otherwise, you can consult the website HERE for more information. 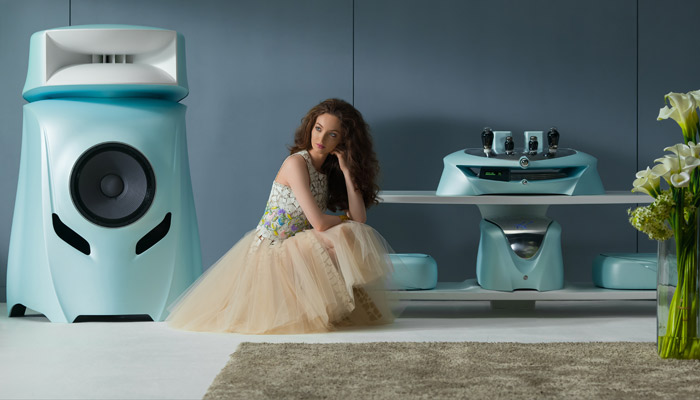 What do you think about the Askja Audio solution? Let us know what you think in a comment below or on our Facebook and Twitter pages! Don’t forget to sign up for our free weekly Newsletter, with all the latest news in 3D printing delivered straight to your inbox!

Headmade Materials raise 1.9 million to scale up their technology