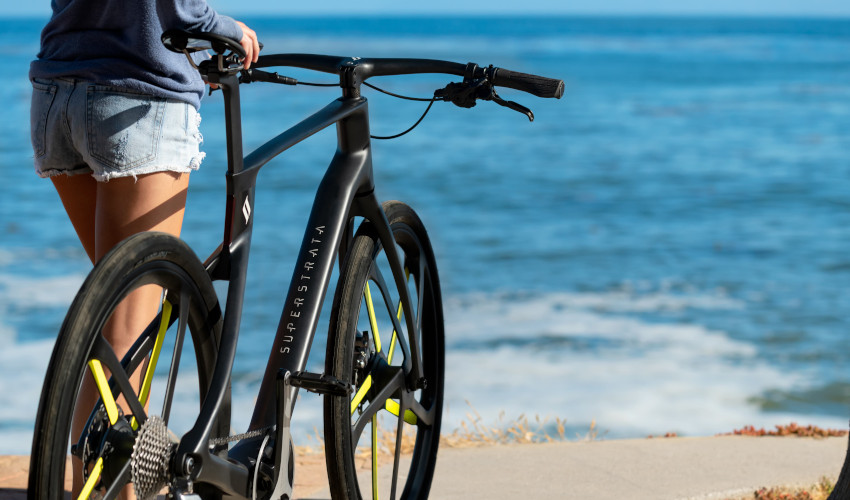 Arevo and Superstrata have just unveiled new 3D printed unibody bicycles, unique in both the design and properties. Last year, Arevo, a California-based additive manufacturing startup, built the first 3D printed carbon fiber unibody bike frame. The e-bikes were called Emery One, but only a few of them were sold. However, now, Emery One is seen more as a prototype: an early version of the outstanding Superstrata models. Let’s find out what is special about Superstrata 3D printed bikes.

Typically, the 3D printed frames consist of several elements that are glued and welded together. The biggest disadvantage of that conventional manufacturing technique is that such frames can quite easily fall apart under pressure. Superstrata, which is a brand under Arevo, might not be the pioneer of 3D printing the e-bike frames, but they are the first ones to manufacture the unibody ones, using continuous carbon fiber technology. 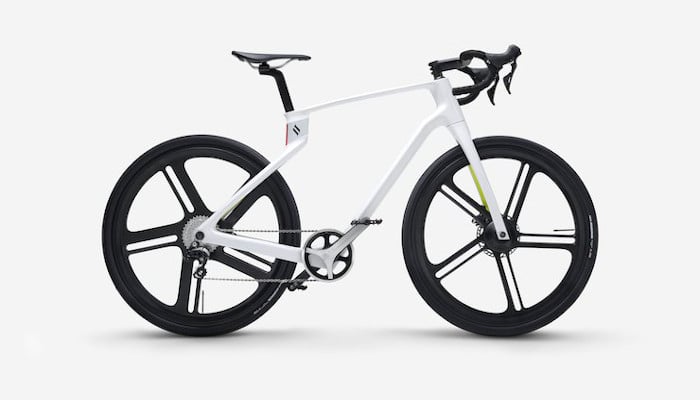 The typical technology to achieve continuous fiber reinforcement relies on the extrusion process (usually with two printheads: one prints the thermoplastic and the other the carbon fiber). AREVO’s proprietary process based on Directed Energy Deposition technology is quite different. A laser is used to heat the filament and carbon fiber at the same time as a roller compresses the two together.

By using carbon fiber reinforced thermoplastics, Superstrata can boast being extremely impact-resistant and lightweight – according to the company, one bike weighs less than 2 water bottles or 1,3 kg. Furthermore, Directed Energy Deposition (DED) 3D printing technology also enables a perfect customization. Each frame can be custom produced to fit the individual’s body type.

In fact, there is not just one, but to versions of the bicycles – Terra, a standard bike, and Ion, which is an e-bicycle. Notably, Ion features a battery which can be charged in two hours and lasts for approximately 88,5 km. Both models have integrated data and power wiring throughout the frames, providing a chance for electronic upgrades. The customers will be able to choose different riding styles, such as racing, street, gravel, or touring. Additionally, another customizable part is the wheel – it can be made either from metal or carbon fiber, and in different colors.

What do you think about the new Superstrata 3D printed bikes? Let us know in a comment below or on our Facebook and Twitter page! Don’t forget to sign up for our free weekly Newsletter, with all the latest news in 3D printing delivered straight to your inbox!