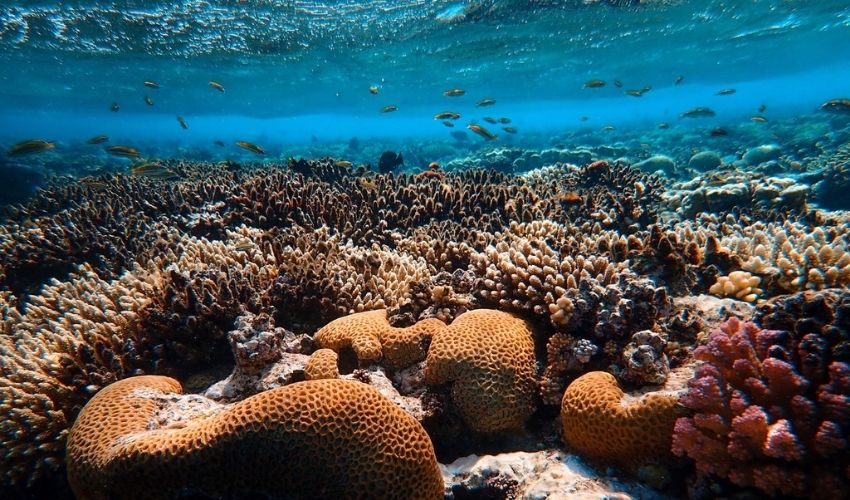 In 2020, a team of scientists from The University of Hong Kong (HKU) launched ArchiREEF, a startup on a mission to restore marine life in the coral reefs near Hong Kong. We previously covered ArchiREEF’s 3D-Printed terracotta tiles but there has been a happy update for the project. Over a period of six months, the team was able to re-populate 4-times the amount of coral, in comparison to traditional concrete methods of coral preservation. As climate change and urban development continue to devastate the biodiversity found in coral, it is a relief to know that ArchiREEF is helping to tackle this global crisis with the help 3D printing technology.

It has been estimated that nearly 90% of all coral will be eradicated over the next 20 years—this is alarming for humans, as these invertebrate animals, known as coral polyps, actually support $200 Billion in the global supply of food and medicine, in addition to protecting coastlines from storm erosion. While ArchiREEF’s 3D-printed tiles have been able to speedily restore coral habitats, coral still requires 3-5 years to mature. “Restoration should be the last resort; we should protect before we restore”, urged Pui Yi Apple Chui, coral restoration researcher at the Chinese University of Hong Kong. That being said, there are a number of restoration projects, including several using 3D printing in some capacity, that are currently active as researchers hope to reverse the damage already done. 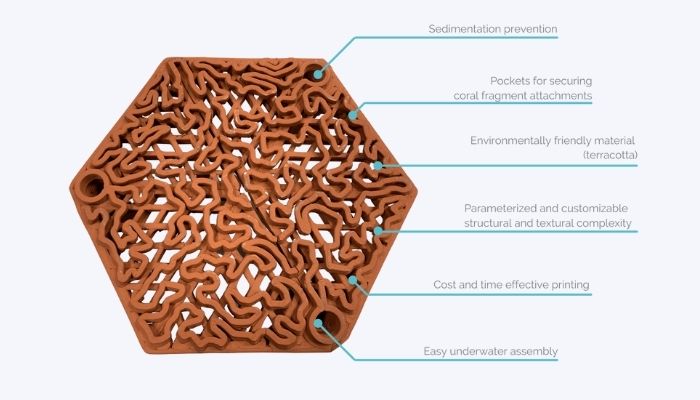 The 3D-printed coral reef tiles used at the Hoi Ha Wan Marine Park were invented through collaboration between the faculty of architecture and the school of biological sciences at HKU. An algorithm was used to accurately print the biomimicry patterns. The tiles imitate the naturally occurring shape of “brain coral”, platygyra. The cavernous turns on platygyra serve as a great host to marine life that can nest in the valleys or hide from predators.

The ArchiREEF team created an artificial reef with tiles that are each about two feet wide. The production of the 128 pieces of reef tiles cover roughly 40 sqm in total was completed in July of 2020. The Hoi Ha Wan project is planned to go on for another 2-years, with 10 new test sites currently in the planning stages. In order to scale this restoration project, the team also plans for research efforts into new materials, because producing terracotta clay is energy-intensive and produces large amounts of carbon dioxide. In any case, the fact that so far it has been working even better than expected is promising, hopefully this case and others will inspire people over the world to work to tackle climate change using 3D technologies. We look forward to seeing how the project advance in the future. If you are interested, you can learn more about ArchiREEF coral restoration HERE.

What do you think of ArchiREEF’s coral restoration project? Let us know in a comment below or on our Facebook and Twitter pages. Don’t forget to sign up for our free weekly newsletter, with all the latest news in 3D printing delivered straight to your inbox!