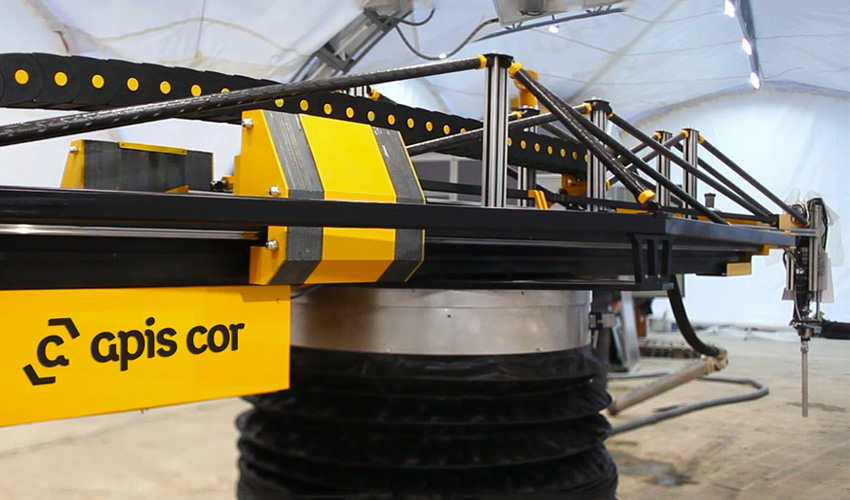 If you’ve been on the internet in the last year, you may have seen the viral clip of a 3D printed house built in just 24 hours. Apis Cor are a Russian company who built a whole, functional house in less than a day. Since that video spread worldwide, we had to sit down with Apis Cor to discuss the technology behind it. We were lucky enough to speak with Nikita Cheniuntai, Apis Cor’s CEO and founder, about the technology, the company’s history, and that momentous achievement.

3DN: Introduce yourself, and tell us how you got involved with 3D printing? 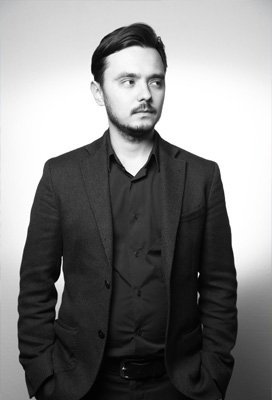 My name is Nikita Cheniuntai, I am the CEO and founder of Apis Cor. I was fond of robotic engineering since childhood. Later on it grew into professional construction of milling and plasma cutting machines with CNC. Since I’ve always wanted to automatize an optimize processes, at some point I thought where else I could do that. I noticed that the most non-optimized industry was construction. No recent significant changes had been made. We had new construction materials and new technologies, but there were no breakthroughs.

At that moment, when I was thinking of introducing something new into construction industry, 3D printing technology was widely discussed. Small FDM 3D printers were already well-known and people trying to implement this technology into housebuilding just decided to make them bigger in order to print big objects such as houses. Basically it was a direction in which technology had been moving.

I had rather rich experience in portal constructions (which was each and every 3D printer that existed at the time), and I clearly understood restrictions of that equipment.

Apart from giant sizes, construction 3D printers with portal design are precise and sensitive to the installation surface. Thus, it limits the mobility of such equipment. It is more cost-effective to once install such construction at the plant with a carefully levelled floor and print separate bulky elements such as walls, benches etc. Then, transport these to the construction site and assemble them.

Some time ago I saw news about a five storey building printed in China. Although it is not correct to say so since it was made in the order that I have already described – all the panels were printed at the plant and later assembled into a building at another place. That approach was nearly identical to the panel construction technology and one cannot say that the house was entirely 3D printed. The innovation was that the panels themselves were made quicker and cheaper, though you still needed to transport and build them at the construction site. That means you require workers for loading and unloading of the materials, transportation in a similar way to normal construction.

Therefore, I started thinking of how to create a 3D printer with no mobility or size restrictions for 3D printing buildings. In other words, a printer that could be taken to any place to print a house, and moreover, to do so automatically with no human interference.

With this thought, I’ve arrived at the idea that printer’s design must be different. In fact, that is how the idea to create a 3D printer in a shape of tower crane that would print a house from the inside was born. 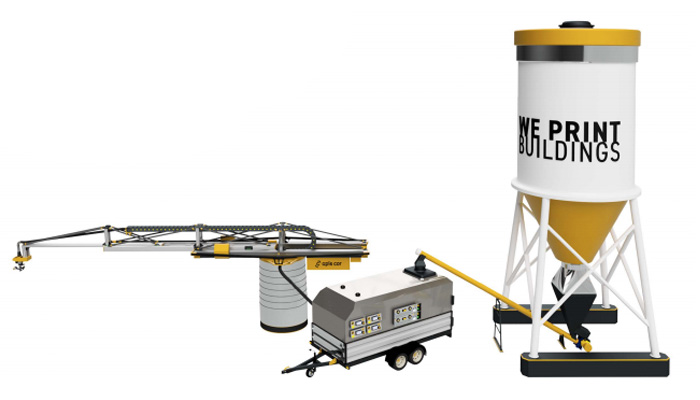 What is Apis Cor? Can you explain the 3D technology behind it?

Apis Cor is the creator of a one-of-a-kind mobile construction 3D printing technology, which allows the use of additive manufacturing technologies directly on construction sites and can compete with traditional construction methods. The 3D printer prints the whole building directly on-site by printing walls and structures.

Use of this technology saves up to 25-40% of building construction costs in comparison with traditional construction. This is achieved thanks to manual labour minimization, process automation, and faster construction time. This reduces construction time of a typical single story house to a couple of days and decreases the amount of material required to build it. Apis Cor’s 3D printing solution is a technology which enables whole house printing in any place within 24 hours. The system consists of a mobile 3D printer and an automated Mobile Automated mix and supply unit (MAU).

The main difference from other well-known construction 3D printing devices is that Apis Cor 3D printer constructs whole buildings directly on the construction site while being mobile and transportable using regular construction machinery. 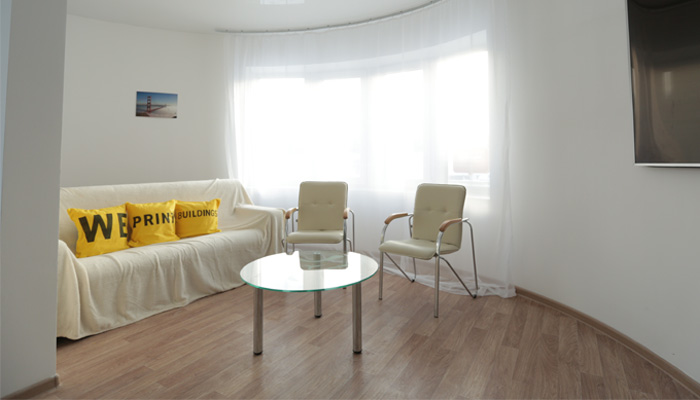 The printer is easily transportable using a regular truck and does not require a long preparation procedure to start construction. Preparation takes no more than 30 minutes. Using this 3D printer, you can implement any design or idea.

Another advantage is the absence of construction waste. By remaining in one place, Apis Cor 3D printer can create walls layer-by-layer using the concrete mix material and covers a total area of 132m². We use a common sand-cement mixture, with certain additives that we include in its composition. They accelerate setting strength of the mixture and increase its viscosity. However, we also use a mixture based on gypsum and geo-polymer.

3DN: After the 3D printed house what are some new developments for 2018?

Our equipment is currently suited for low-rise construction and requires constant control of a single operator. The second phase of our development is to create equipment for use in high-rise construction. The prototype will be ready in 2018, and by 2019 it will enable the printing of foundations, floors, and roofing. This will allow entire homes to be printed at once. 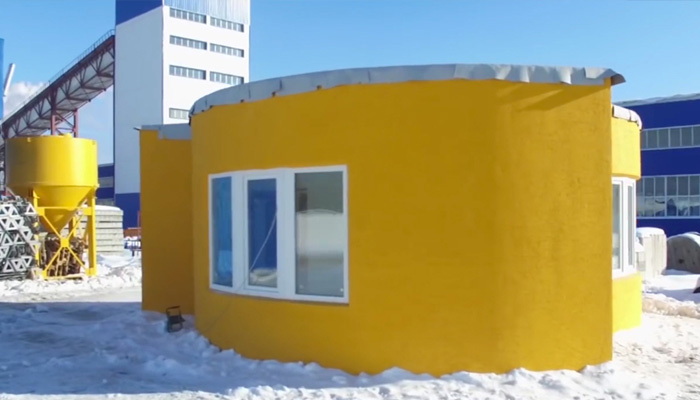 Apis Cor recently received a lot of attention when they 3D printed this whole house in just 24 hours.

3DN: How do you think Apis Cor could help to solve the current housing crisis?

We firmly believe that 3D printing is a good solution to the housing crisis, and that is the major idea behind the development of our project. Using our technology we can build houses faster, cheaper and qualitatively enough with a small number of people involved. It allows us to provide affordable housing for a lot of people in a short period of time.

We want to become the worldwide leader company that provides 3D printing construction services across the world. We also want to be the first company which will start construction on Mars.

3DN: Do you have any last words to our readers?

Speed is the most competitive advantage in our very fast developing world. So if you have a good idea you have to implement it not only in a perfect way but very fast as well.

What did you think of our interview with Apis Cor? Are you excited by the future of 3D printed houses? Let us know in a comment below or on our Facebook and Twitter pages! Sign up for our free weekly Newsletter, all the latest news in 3D printing straight to your inbox!