3D printing news Art & Design Amphibio; the 3D printed gills that will allow us to breathe under water

Amphibio; the 3D printed gills that will allow us to breathe under water 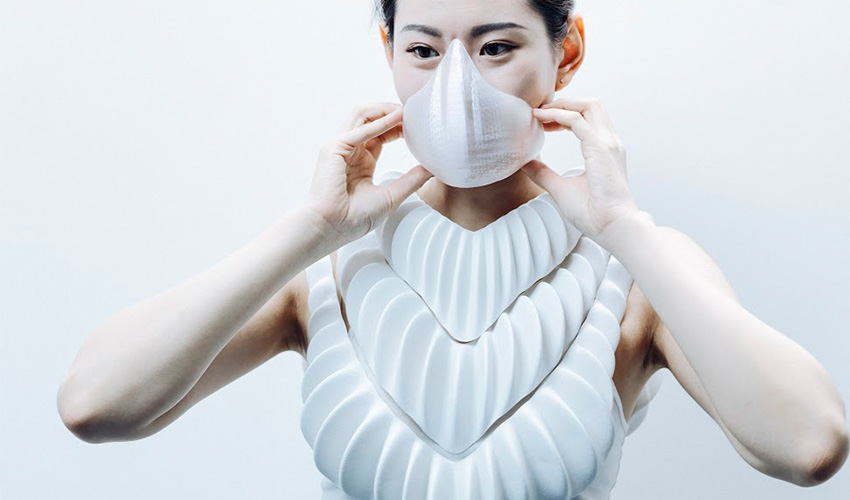 Jun Kamei is a Japanese designer specialising in biomimic design and materials. A few months ago he presented Amphibio, his final project for the Art Royal College in London, with three 3D printed “gills” for our future underwater. Will this make is possible to live in underwater cities like in a Sci fi movie?

Global warming is an alarming problem, according to the designer: “In 2100, an increase in temperature of 3.2 degrees Celsius is expected to occur, causing an increase in sea level that will affect between 500 million and one billion people. Submerging the large cities located in the coastal areas,” he explained. 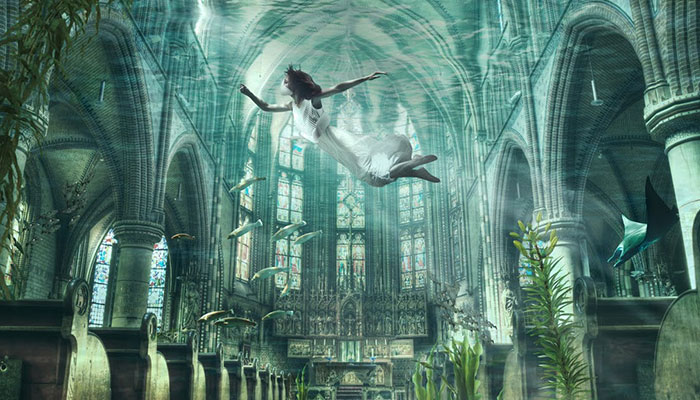 Although Jun sees it as a way of survival, in a certain way it also supposes an improvement in the human capacities, and this is not the first device that tries it. A few months ago the project Third Thumb was announced, which hopes to give an extra thumb to our hands. There is also the bionic arm of Youbionic, which hopes to increase our ability to perform several tasks at once.

Manufacturing of the 3D Amphibio gills

The 3D printed device in two parts has a respirator that is made of a microporous material that allows the passage of air . This system allows to extract oxygen from the water and release carbon dioxide that accumulates. This system is inspired by the operation of the gills of a fish. 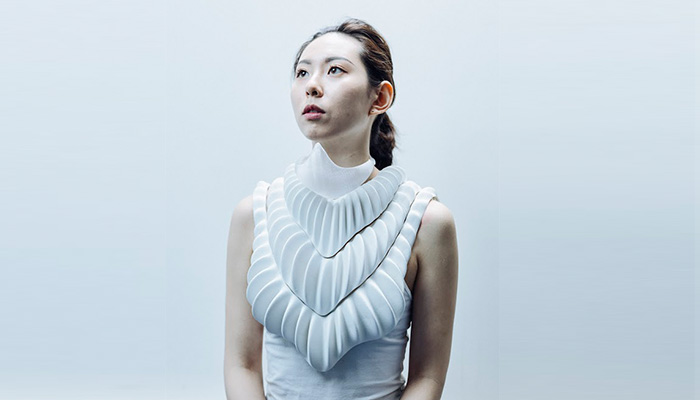 The Amphibio gills have three multimaterial rings printed in 3D that are used around the neck. Kamei said that “the material is a combination of hydrophobic material, elastomeric material” and “some other things” that he can not yet disclose.

Operation of the 3D Amphibio gills

The respirator is suspended between the connection tubes that are in the center of a tank full of water. Through the left tube, Kamei fills the gill with 70% CO2 gas, mimicking the level of CO2 concentration when a person exhales. Attached to the second tube, there is a sensor that monitors the oxygen level within the gill at all times. “The system is enclosed with a one-way sealed valve, therefore, the only way oxygen can be replenished in the Gill is through the surrounding water membrane, “he told 3D Printing Industry. 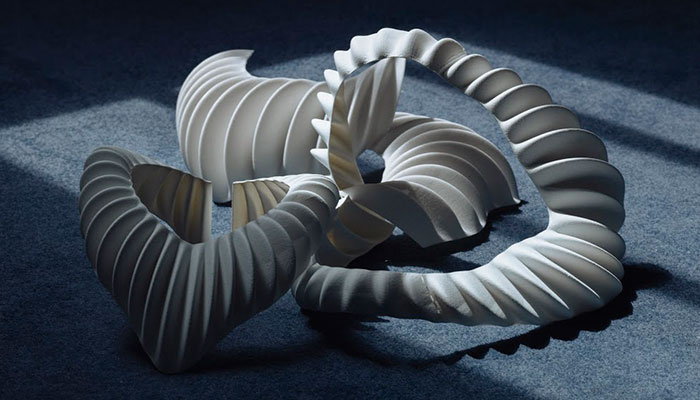 “The surrounding water has dissolved oxygen in it, and because the percentage of oxygen is low inside the gills, these oxygen molecules in the water travel through the membrane inside the gills to compensate for the difference in concentration,” as the osmosis process.

“The technology was inspired by aquatic diving insects that survive under the surface of a superhydrophobic skin surface, working as gas exchange,” he said. “The newly developed material can be shaped into complex shapes using recent additive manufacturing technologies, such as 3D printing.“ 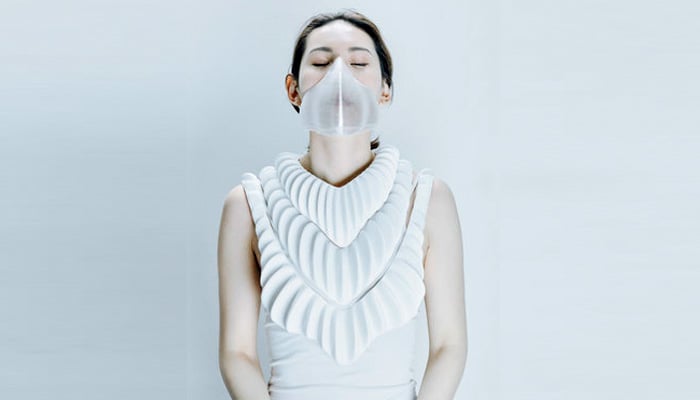 Currently Amphibio gills are not yet able to produce enough oxygen for a human being . But Kamei’s metal is to test the device underwater with at least 32 m2. In this situation the gill could support the oxygen consumption of a person.

Kamei does not see his development as the solution to an apocalyptic future. For him it is a way in which the human being will have to evolve and adapt. He says that 3D printing will be a great help for these developments due to the potential to make personalised products.

The operation of Amphibio is shown in the following video. For more information visit the official website of Jun Kamei here .

What do you think about the new development of Amphibio? Let us know what you think in a comment below or on our Facebook and Twitter pages! Don’t forget to sign up for our free weekly Newsletter, with all the latest news in 3D printing delivered straight to your inbox!