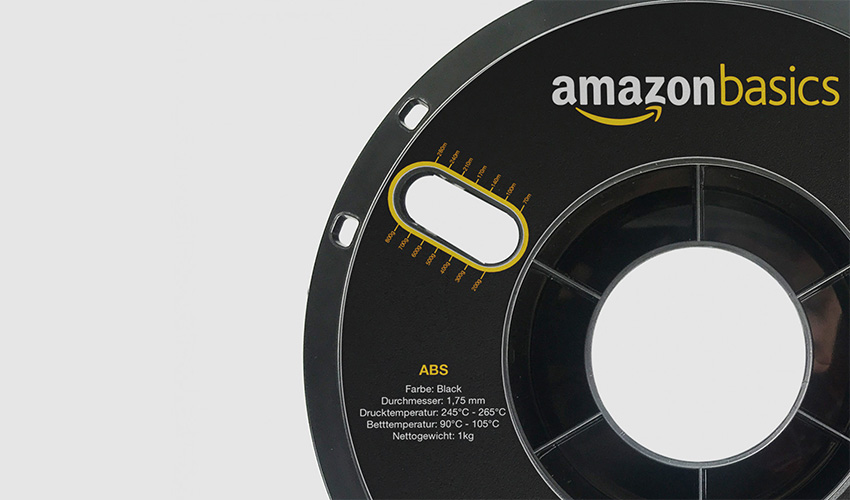 The largest online trading platform and the leading distributor of 3D printers, has decided to venture into additive manufacturing by launching its Amazon 3D printer filament. A brand of its own that hopes to be distributed all over the world.

The American giant follows the trend of 3D printing growth. They have decided to bet on it as an element that we will be needed in our daily life. Its filaments are part of the AmazonBasics category, where we can find essential elements such as cables, light bulbs, batteries etc. when will we consider filaments as an essential need for our home?

Amazon and its 3D printers

Since desktop 3D printing began to take off a few years ago, Amazon saw a distribution opportunity and took it. In 2013, the company launched its 3D Printers & Supplies store, which distributes machines, accessories and consumables. It is one of the first distributors in the world of domestic 3D printers, out before many other manufacturers. It has only moved forward from there, with the companie’s interest in technology gradually being revealed with several research projects. There has even been talk of a 3D mobile printing service or a 3D printed drone laboratory.

Undoubtedly the bets coming out of the big brands on the growth of 3D printing is a fact and every day larger companies are getting in on the action. 3D printer specialists like Ultimaker are coming out with new printers on a steady basis. However, some surprising inputs have come from companies such as in the case of Apple and its patents for 3D printers.  But would Amazon’s 3D printer filament  point to the first step in the launch of a 3D printing machine? 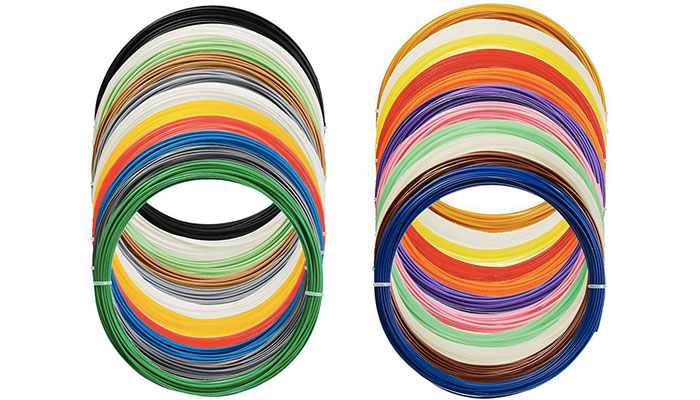 The 3D printer filament from Amazon is now available

From this month the filament of Amazon’s 3D printer is already available on its website, it has plastics such as PETG, PLA and ABS in multiple colours. They only offer the possibility of buying a 1 kg coil made with a diameter of 1.75 mm. It is inside a reusable bag that allows to keep the material protected from damage caused by the environment.

The manufacturer of your Amazon 3D printer filament has not been mentioned yet. It has only been assured that they are manufactured in Asian countries. Although some users say that Hatchbox or AMZ3D, two of the main distributors through the platform, could be the manufacturers. 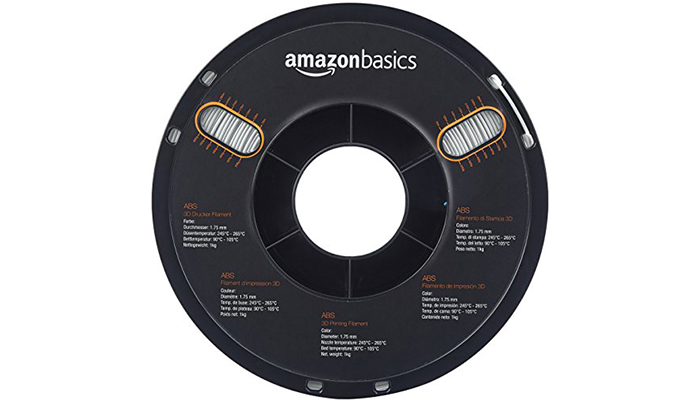 The price of the coils is very attractive, a filament is priced at $ 19.99. There is a multiple package of 5 coils available for $ 79.99. At the moment the distribution is mainly in the USA, although they can already be sent to some European countries.

What do you think of Amazon’s new 3D printer filament? Let us know in a comment below or on our Facebook and Twitter pages! And remember to sign up for our free weekly Newsletter, to get all the latest news in 3D printing send straight to your inbox!