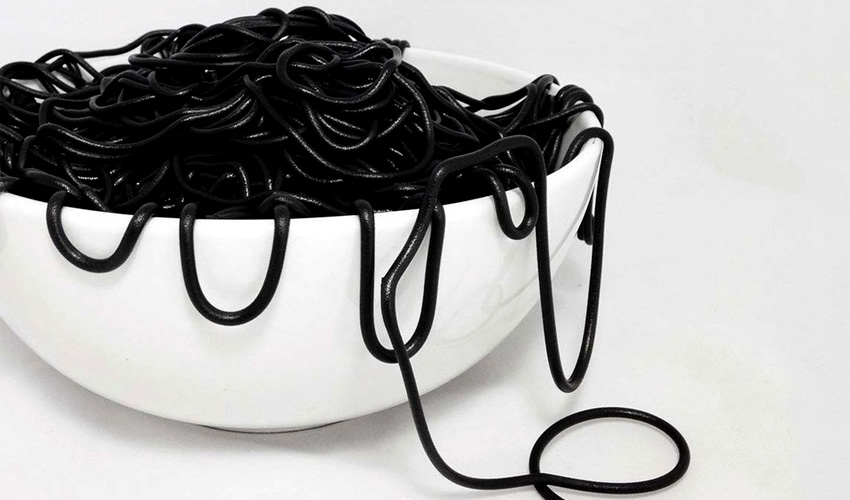 As 3D printing is becoming more and more wide spread, various FDM machines are being produced to accomodate the needs of manufacturers and customers. For these machines there are the “standard” plastics such as pure ABS, PLA and PET.  However, it is also possible to have an alternative 3D printer filament. A lot of these are hybrid materials. This time we have collected a list of some of the most interesting and fun alternative 3D printer filaments. We have previously made a list collecting the craziest materials used for 3D printing. However, this ranking is focused  on filaments to provide you an alternative to the more standard ones.

Let’s start our list of alternative 3D printer filament out with a refreshing cup of coffee, or coffee grounds that is. As Coffee grounds have found its way into textile manufacturing as a sustainable way of reusing a waste material. So have it been repurposed for alternative 3D printer filament. The waste, or byproduct if you will, from the coffee produced is mix in with a traditional plastic such as PLA as its base polymer, creating a filament from it.

One company that has worked on this is 3Dfuel with their Wound Up™. They have created a series called c3composites focused bio-based products. The filament shows as a brown colour and noticeable natural grains to provide textures. In this context it can be used by any machine that can use PLA leaving the uses of it open to the same possibilities as well. 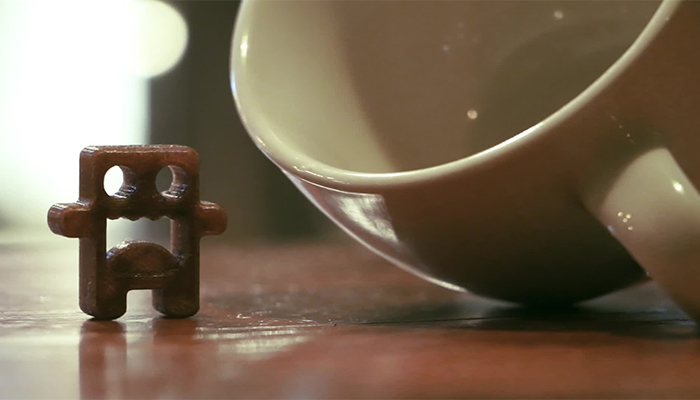 Keeping it simple this filament is a 3D material with conductive carbon particulates included into it. It basically means that the material has the feature creating prints with low-voltage electrical circuits, often including sensors and LED lights. One company creating this filament as PLA is Proto-pasta with the purpose of expanding the usage of 3D printing. The filament can be combined with regular PLA material through a dual extrusion 3D printer. Simple circuit boards can be made directly in the printer. The fact that it is possible to get both PLA and ABS makes it more personalised to what you prefer to work with. 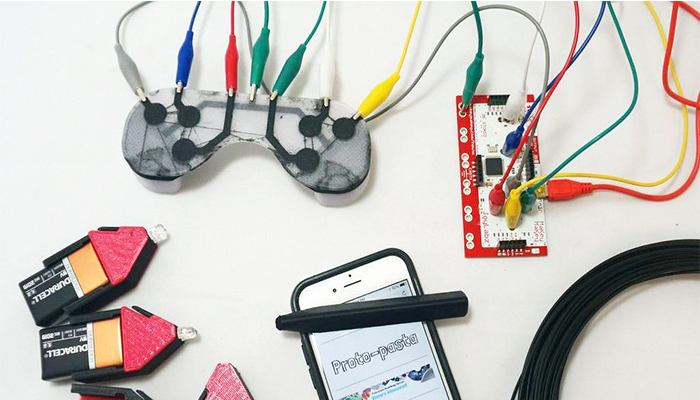 From here we will add to the alternative 3D printing filament with a robust looking filament – sandstone. This kind of filament is basically made up of PLA with Brick mixed into it, it can be in form of a fine chalk powder or similar to provide a stone-like colour and texture to it. One of the best-known producers right now is the LayBrick brand. The general look can vary depending on the settings of the machine used, and can go from smooth to rough and anything in between. The material has only few limits, but, is still mostly used in a niche market pointed towards landscaping and architecture because of the nature of the material. 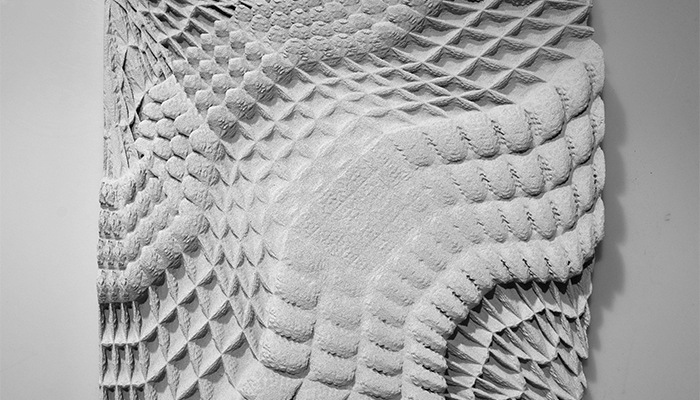 Although hemp and weed are a debatable topic, legalizations are being passed in countries all around the world; so, it is only  natural to see it being used in 3D printing too. Hemp fibre is based on fine particles and is mixed with a PLA polymer base. Due to the natural abilities of the material, it has a number of positive attributes. When talking about hemp 3D printer filament, there are multiple brands on the market. One of the most recognized is 3Dfuel, which in collaboration with C2renew, launched its interlaced filament. It contains visible bio-fill that creates a unique texture. The filament is a biodegradable plastic that can be recycled or composted after use, making it a sustainable material. 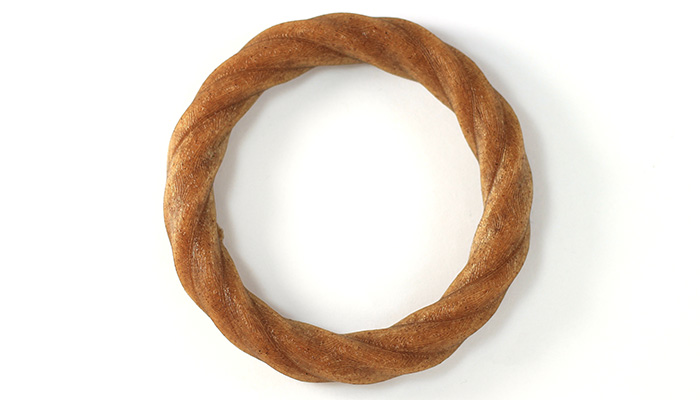 As it is stated through the name this alternative 3D printer filament has magnetic properties to play around with. It is often done through the use of iron powder being mixed into the PLA filament. This creates the unique trade for the filament. Proto-pasta is a main producer of the material. Simply put, the iron particles provides the material with the magnetic attributes as well as gives the 3D printed parts a grainy and gunmetal-ish finish. 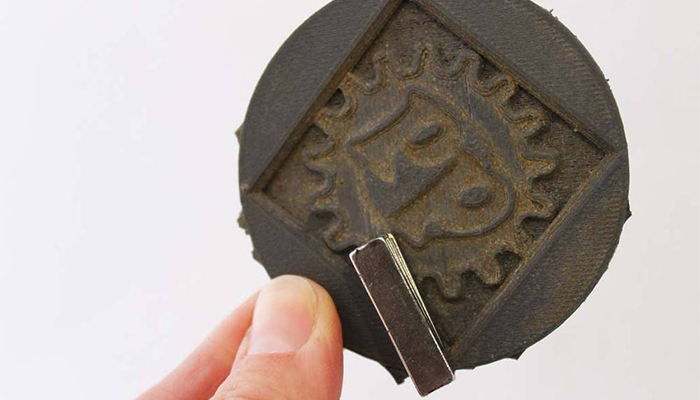 Now we’ll once again look towards nature with wood based filaments. These are often made up of recycled wood but can range from cork that otherwise have 80% of its use going to wine bottle corks, bamboo a plant of fast growth and dry stems, wood dust and much more. The wood fibres can be mixed in with various bases such as PLA/PHA and more as a hybrid filament. Companies such as the Dutch Colorfabb and American Hobbyking have seen the opportunity to jump in and sell various versions providing a natural looking material. They look and more or less smell like actual wood, giving a great finishing for the filament when printed well. It can be used for a variety of things. Ranging from décor, tables, figurines and anything else you can think of in need of a wooden look and feel to it. 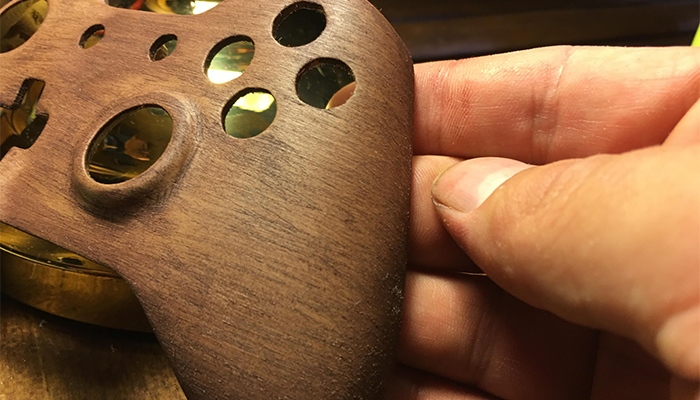 As the name implies, this alternative 3D printing filament glows in the dark. However, it cannot do so indefinitely without help. The 3D printed object needs exposure to light for the source to recharge. From there, it will light up in whatever colour you have choosen to make the 3D print in. Companies such as Glow and Spoolery are behind producing various versions both in ABS and PLA. It is a safe product and environmentally-friendly, making it harmless and opens up for a wide audience to use it. It is therefore also a great way to decorate things like kids’ bedrooms, used for Halloween or similar situations in need of creativity. However, it is an abrasive material. Meaning it will quickly wear out the 3D printer’s nozzles, in particular when made of brass. A hardened steel nozzle holds out best when printing with this filament. 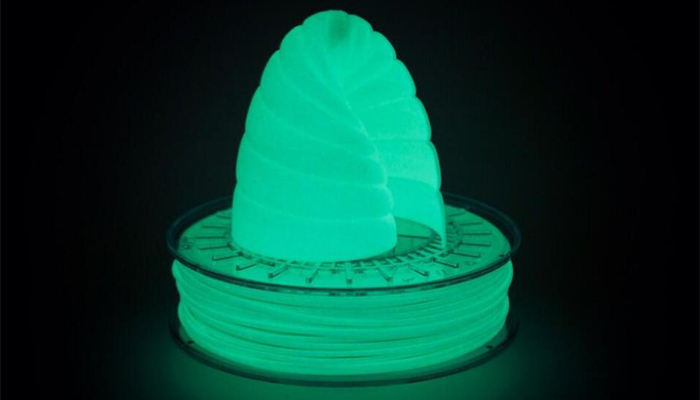 We will end the list of alternative 3D printing filament with a more ethical input. This category is rather unique, as the main value does not lie with physical attributes. Instead, as the name suggests, the value is in the biodegradable aspect. When you 3D print, the final outcome is not always in the quality one would wish for, leading to a ton of plastic being thrown away. This is where biodegradable filaments come in, as a way to counteract the environmental impact from 3D printing. One of the most popular biodegradable filaments is PLA made from sources such as sugar canes or corn starch etc. But there are brands that have developed different filaments so that they can be biodegradable. This is the case of the French company Kimya, with its OWA series that recycles 2D printer toners. It even offers the possibility of recovering the waste from your machine to recycle it again. There is also the company Biome3D with its line of BioFila filaments, whose main goal is to recycle your plastic waste. Although these materials do not offer a great variation in terms of strength or flexibility, they are certainly an option to start with in 3D printing. 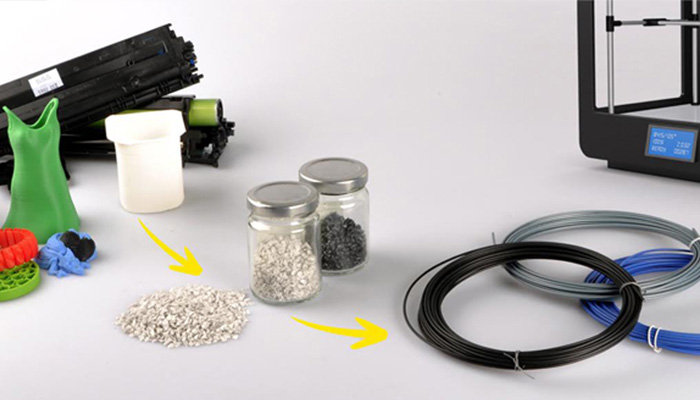 Do you know of any other alternative 3D printer filament worth checking out? Drop a comment below or on our Facebook and Twitter page. And don’t forget to sign up to our free weekly Newsletter to keep updated on all the latest news in the 3D industry coming straight to your inbox!