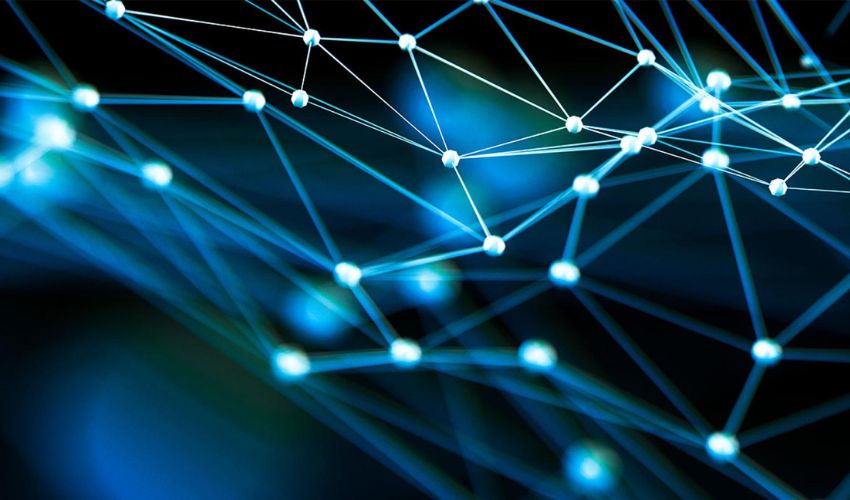 Scientists from the University of Cambridge have developed what they claim are intelligent 3D printers capable of quickly detecting and correcting errors, no matter the design nor material. More specifically, the engineers were able to develop a machine learning algorithm that can be used with FDM 3D printing to correct printing mistakes in real time. This will not only reduce potential print failures but will also be an accurate and efficient way to automate the 3D printing process.

It goes without saying that monitoring software are becoming a key part of 3D printing processes. Print failures are unfortunately common and are also costly both in terms of money and time. As a result, the ability to control every step of the process is integral when it comes to the continued industrialization of additive manufacturing. And at the same time, users are also looking for greater automation in order to enable 3D printing at scale. This is where algorithms, especially those based on machine learning, come in as outlined in the article Generalisable 3D printing error detection and correction via multi-head neural networks. 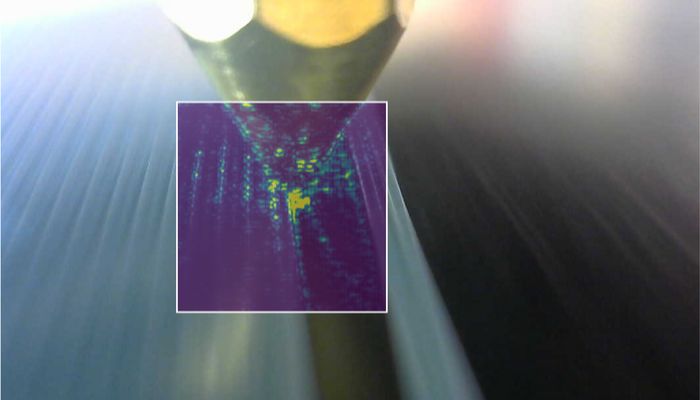 An example image of the 3D printer nozzle with the highlighted images showing where the algorithm is focusing (photo credits: Douglas Brion)

A “Driverless” Algorithm for 3D Printing

The machine learning algorithm was developed by Douglas Brion and Sebastian Pattinson by training a deep learning computer model. This was done by showing it about 950,000 images that had been captured automatically during the production of 192 printed parts. Each image was labelled with the printer settings used during the print, for example speed and temperature of the printing nozzle, as well as how far those were from what the ideal settings would have been. This enabled the algorithm to then learn how to fix these mistakes rather than relying on humans who are not as adept as identifying them.

Named CAXTON, or the collaborative autonomous extrusion network, the software is able to connect and control these learning 3D printers, automatically labeling errors and correcting them in real time. The researchers focused on this autonomous generating of data in order to create larger and more diverse datasets with the goal to have a generalized process that can detect an issue no matter the part nor the material used. Unlike other automated monitoring software, this one has been designed to go beyond identifying a limited range or errors in a single part, material or system. 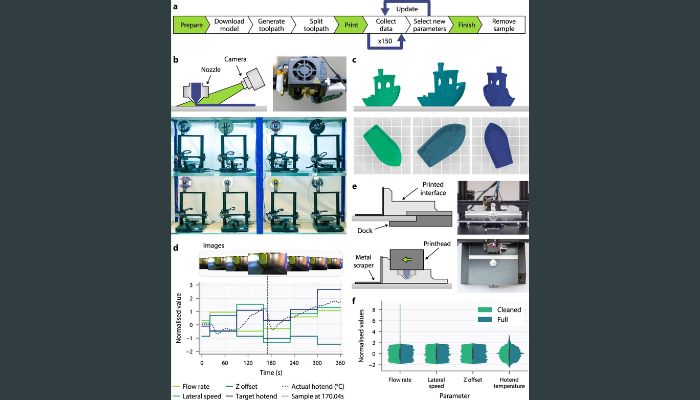 Overview of the CAXTON system which was used for the automated data collection (photo credits: Douglas Brion and Sebastian Pattinson)

Indeed, this algorithm has become what Brion and Pattinson consider to be a ‘driverless car’ system for 3D printing. By being exposed to the experiences of different machines, the algorithm now can even correct previously unseen designs or unfamiliar materials like ketchup and mayonnaise. And thanks to its propensity to learning, it is expected to only improve only time, ultimately becoming more efficient than human operators at spotting errors. This can also help with quality control of parts, notably in applications in safety-critical sector.

Brion concludes, “We’re turning our attention to how this might work in high-value industries such as the aerospace, energy, and automotive sectors, where 3D printing technologies are used to manufacture high performance and expensive parts. It might take days or weeks to complete a single component at a cost of thousands of pounds. An error that occurs at the start might not be detected until the part is completed and inspected. Our approach would spot the error in real time, significantly improving manufacturing productivity.” You can learn more in the research article HERE.

What do you think of this new algorithm and its use for 3D printing? Let us know in a comment below or on our LinkedIn, Facebook, and Twitter pages! Don’t forget to sign up for our free weekly Newsletter here, the latest 3D printing news straight to your inbox! You can also find all our videos on our YouTube channel.