Advanced metal AM enables microturbines to be 40X more efficient 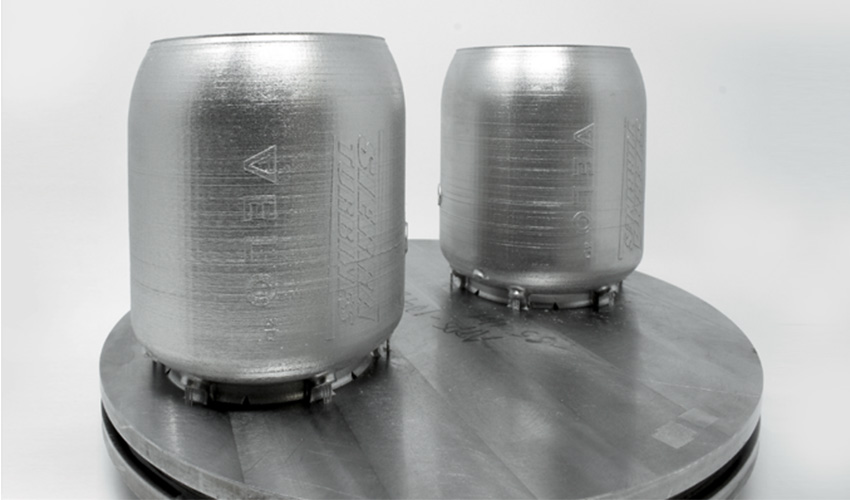 A microturbine has historically been a simplified version of a gas turbine, suitable for a variety of applications: they are used in unmanned aerial vehicles (UAVs), to charge the batteries that drive motors, as range extenders, or in hybrid UAVs that alternate between batteries and motors. In the US, Sierra Turbines has been breaking the rules of conventional manufacturing to improve the performance of microturbines. Roger Smith, Chief Executive Officer, explains that the company plans to additively manufacture at least 95% of their microturbine components, even when the company reaches large scale production. To do so, the company decided to collaborate with VELO3D, relying on its proprietary support-less metal additive manufacturing technology. Their aim is to make their turbines 40x more efficient by providing 10x more power density and reducing weight by 50% compared to traditional microturbines.

Additive manufacturing technologies will not replace traditional manufacturing methods, but they can certainly boost performance for applications where design has not been optimized yet. This is the case of microturbines, where cost restrictions have always prohibited manufacturing complex features that would improve performance. The time between overhaul (TBO) for most small turbine engines averages 40 to 50 hours but Roger Smith intends to raise that value to 1000+ hours, on par with commercial aircraft. He also plans to reduce engine weight by half, cut noise, and improve fuel efficiency, all while making the turbines easier to manufacture. These are ambitious goals to say the least! 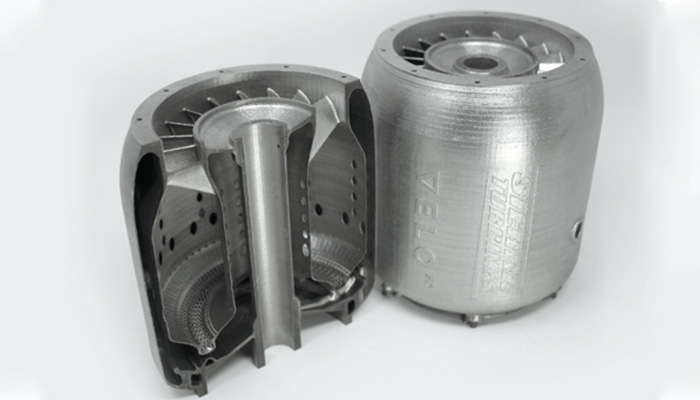 Roger Smith explains that he is confident that his team will succeed where others have failed thanks to a host of design improvements only made possible with advanced metal AM. This is where VELO3D’s support-free capabilities and their dedicated AM software Flow come in. Today, some designs are impossible to manufacture with powder-based metal AM technologies without supports, adding additional post-processing steps to remove them, therefore increasing costs and limiting design freedom. Ultimately, support-free technology enables more complex components to be manufactured.

At Sierra Microturbines, the combustor, the heart of their Aurelius microturbines, was specifically designed for additive manufacturing. The component contains hundreds of small holes, delicate mesh-like webbing, dozens of internal cooling channels and a series of thin, exceedingly tall walls. The initial design contained 61 discrete parts, which were consolidated into one with DfAM techniques. It’s this highly sophisticated design that Smith presented to various additive equipment manufacturers before choosing VELO3D. He challenged them to build the part from Hastelloy® X, a high-strength, low-creep metal that would allow the engine to reach temperatures normally unattainable in microturbines.

Talking about his collaboration with VELO3D, Roger Smith says: “The team at VELO3D worked with us on the design, tweaking things to make it more manufacturable, but it was their Flow software that was perhaps the biggest enabler. It contains a number of special tools that provide valuable feedback throughout the entire print-preparation process.” In the end, 3D printing 2 microturbine combustors took about 50 hours – traditional manufacturing methods would have consumed months.

Additionally, by eliminating supports on shallow overhangs, the team at Sierra Turbines was also able to reduce the need for secondary machining and other finishing processes, which can be quite expensive. Finally, the system’s quality assurance software, Assure, documents all the critical sensor data that affect part quality and produces a comprehensive build report for traceability. Armed with data points concerning protrusions, oxygen level, filter life, and laser alignment, Sierra Turbines has confidence that the part built was up to standard.

Roger Smith comments that once the combustor has been thoroughly tested and benchmarked, he intends to pursue additional performance improvements. He adds: “VELO3D believes that you can use additive for full-scale production, and so do I. For future gas turbine development, we aim to leverage the power of additive manufacturing to integrate features such as an efficiency-boosting recuperator, printed-in sensors, and more novel insulating and cooling geometries.”

Essentially, advanced metal AM technology was able to lower costs and shorten lead times by allowing to consolidate dozens upon dozens of components into a single 3D printed piece, one with lower mass and greater mechanical integrity than the welded and assembled alternative. Roger Smith expects to fulfil all other objectives that he has set in the near future as well! You can find more information on VELO3D’s official website.

What do you think of the collaboration between VELO3D and Sierra Turbines to improve the performance of microturbines? Let us know in a comment below or on our Facebook and Twitter pages! Sign up for our free weekly Newsletter, all the latest news in 3D printing straight to your inbox!

The US Air Force contracts Optomec for $1 million