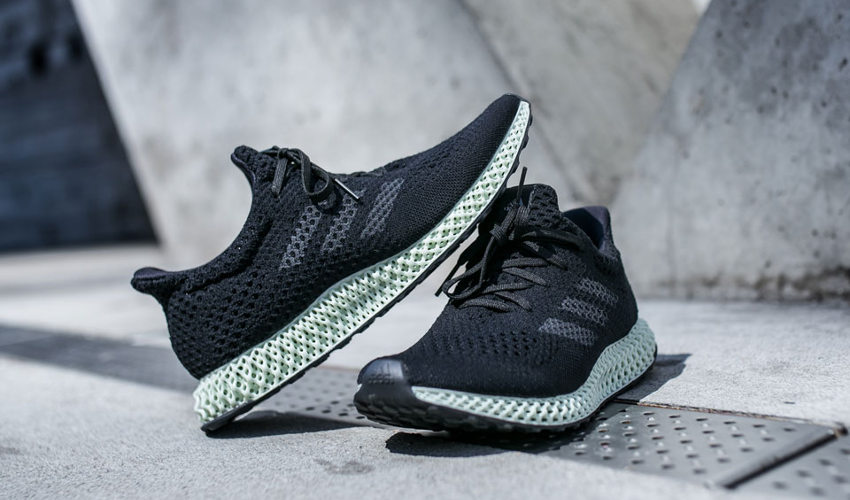 Adidas and Carbon 3D’s collaboration has finally been released to the general public. Their 3D printed shoes, the Futurecraft 4D sneakers, are only available in select US retailers via a raffle system for the moment however. Carbon expects to ship over 100,000 pairs of these 3D printed shoes by the end of 2018. 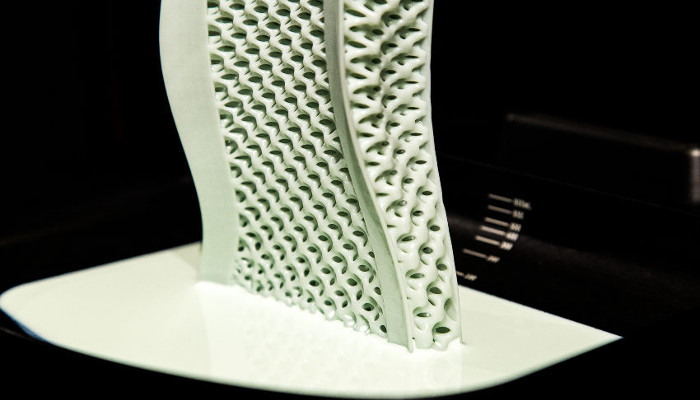 Carbon 3D are a startup that recently received over $200M in investment to expand its production. They partnered with world-renowned shoe brand Adidas to create their first commercial 3D printed trainers. Since being teased back in September 2017, the shoes are finally now starting to see a worldwide rollout. Carbon CEO Dr. Joseph DeSimone stated this “illustrates the power of true digital 3D manufacturing at scale and the infinite possibilities ahead.”

Carbon 3D are not any old 3D printing company however. They use their patented CLIP (Continuous Liquid Interface Production) technology which is somewhat similar to stereolithography to 3D print 100x faster. You may remember Carbon 3D from the TED Talk of the same name, which we have linked below:

Carbon’s CLIP 3D printing technology involved printing chemicals in a process of photopolymerisation to print 3D objects out of resin. Their business model also differs from other 3D printer manufacturers as they do not sell printers, they only rent them. This has nevertheless been successful for them as they received $200M investment based on a company value of $1.7bn.

“The Futurecraft 4D launch is a testament to the deep and dynamic partnership between Adidas and Carbon, and illustrates the power of true digital 3D manufacturing at scale and the infinite possibilities ahead.”

In addition to the launch, Carbon confirmed that Adidas executive Eric Liedtke had joined their own board. Carbon CEO Joseph DeSimone sang Liedtke’s praises, saying “I am thrilled to welcome Eric to our Board. Eric is an experienced and respected leader, and his track record for driving creativity and innovation at Adidas makes him a valuable addition…as we continue to deliver on Carbon’s growth strategy.” 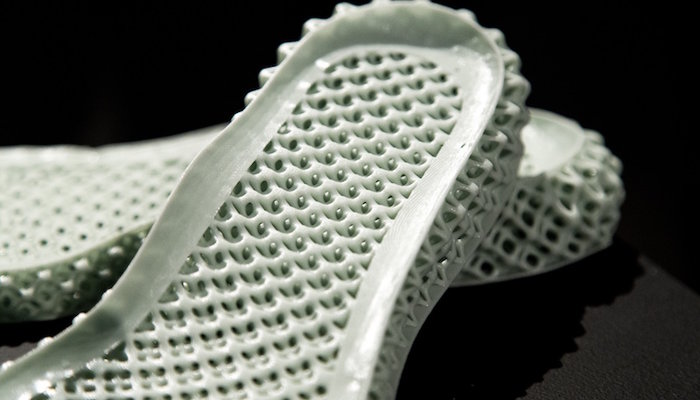 The 3D printed shoe sole of the Adidas Futurecraft 4D.

In a similar vein to the highly sought after Yeezy sneakers with Adidas however, it seems like most people won’t be able to get a pair for a while. Whereas the Yeezy’s where intentionally understocked to cause a demand surplus, Carbon 3D may instead struggle to produce enough trainers to match demand. We will have to see whether they manage to ship the 100,000 pairs they claim they will by the end of 2018.

What do you think of the Futurecraft 4D 3D printed shoes and the Carbon and Adidas partnership? Let us know in a comment below or on our Facebook and Twitter pages! Sign up for our free weekly Newsletter, all the latest news in 3D printing straight to your inbox!