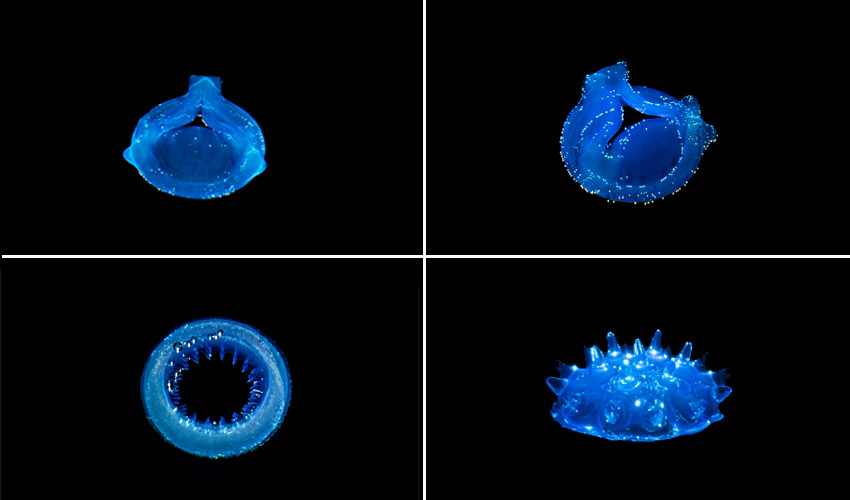 Readily3D is a young Swiss startup that has developed a volumetric 3D printing method to create complex organic shapes in just a few seconds. The company used tomography to design its first 3D printer, which is capable of solidifying an entire object at once instead of taking the layer-by-layer approach typically used in additive manufacturing. This method could make it possible to manufacture human tissue, organs or even medical models for our surgeons, all very quickly and reliably. Recently, Readily3D presented its preliminary work on the pancreas: as part of the European project ENLIGHT, the startup 3D printed organic tissues of the organ. This is a very interesting development in the fight against diabetes. We met Damien Loterie, co-founder of Readily3D, to learn more about volumetric bioprinting and the company’s future projects.

3DN: Can you introduce yourself and Readily3D?

With my colleagues Paul Delrot and Christophe Moser, I co-founded Readily3D SA, a spin-off of the Swiss Federal Institute of Technology in Lausanne. Our company commercializes a so-called “volumetric” 3D printing technology based on tomography. The development of this technology dates back to 2017 and is a continuation of the research that Paul and I had been doing up to that point while doing our PhDs in Christophe’s lab. 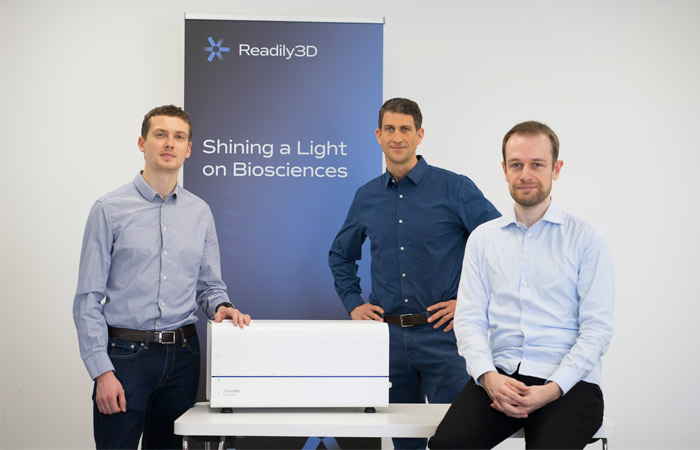 3DN: How was the ENLIGHT project born?

This project is the result of a long-standing collaboration between our team and that of Prof. Riccardo Levato at UMC Utrecht in the Netherlands. After successful trials on other cell types, Prof. Levato had the idea to apply our tomographic printing technology to pancreatic cells. The goal was to obtain more representative models of the pancreas than conventional cell cultures, relying on the speed of our printers and their ability to create vascular networks within the printed objects. The pancreas plays an important role in diabetes. Being able to obtain realistic simulations of this organ by bioprinting will greatly facilitate the search for new therapies.

3DN: What is the technology developed by Readily3D?

Our 3D printer solidifies the entire object at once, unlike systems such as extrusion or stereolithography which work layer by layer. The basic principle of our method is tomography, as in medical imaging. Here, we use tomography to manufacture an object rather than to image it. Basically, our software calculates tomographic projections of the object at different angles from 0 to 360°. Then, the printer sends these projections in the form of light beams in a volume of photosensitive resin in rotation. A few tens of seconds later, the object appears suspended in the resin. 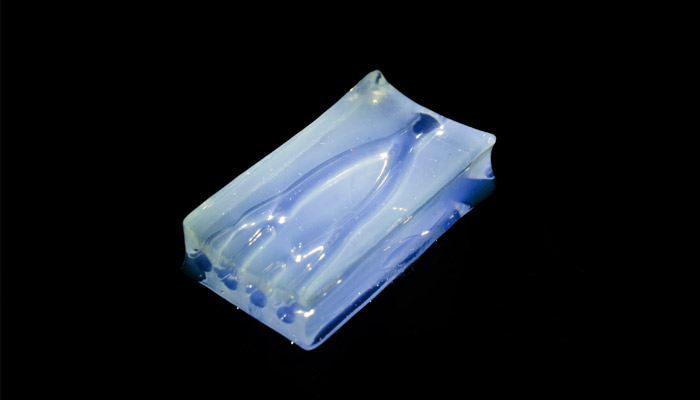 In a few seconds, the startup can design complex shapes (photo credits: Readily3D)

Our method works with a wide range of photosensitive materials such as acrylates, silicones and hydrogels. In general, any material that is compatible with DLP or stereolithography machines will also work on our machine. The optical resolution of our machine is 40 micrometers. The printing volume is currently a cylinder of 10mm diameter and 27.5mm high, ideal size for bioprinting. The printer itself is compact (30cm x 40cm x 60cm) and can be installed on a desk.

3DN: What are the main advantages of volumetric bioprinting?

Volumetric printing is unique for its exceptional 30 second printing speed. In addition, it allows for the realization of complex organic shapes with vessels and cavities in various orientations and with smooth surfaces, where layer-by-layer printers are limited to vertical stacking shapes.

In addition to speed, we also have the significant advantage of non-contact printing inside glass vials that can be sterilized and resealed. This protects the biomaterials used from external contamination, and allows the use of more viscous resins or even in gel form.

These advantages lead to an excellent preservation of living cells, with a viability at 7 days of about 80% to 90%. We are particularly interested in the study of fragile cells, which do not withstand the constraints and duration of classical extrusion printing as well. 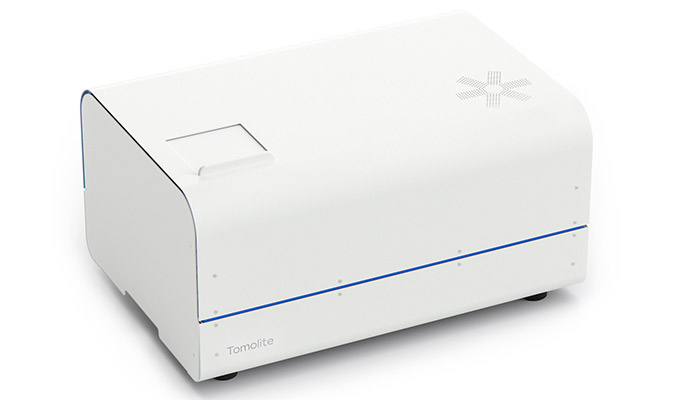 3DN: And what about its limits/challenges?

It is a method that uses light projections through the resin, so it is not appropriate for materials that are completely opaque. The challenges we want to tackle in the near future include overprinting (multi-material printing) and improving resolution.

Eventually, we will also increase the size of the printing volume. It can reach up to 100mm in diameter considering the current materials, and is not limited in height. That said, the applications we are currently considering require a smaller scale. In bioprinting, in particular, the centimeter scale is preferred due to the difficulty of growing cells in larger numbers. 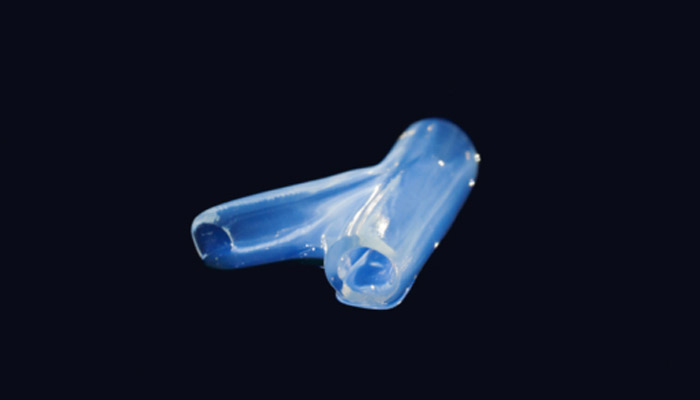 3DN: Your goal is to design pancreas models to accelerate diabetes research. How do you think 3D printing can help the medical industry develop new innovations?

The development of new therapies often relies on large-scale trials of dozens or even hundreds of combinations of molecules. 3D bioprinting can produce organ pieces on which these tests can be performed in a rapid, controlled and repeatable manner, while being more representative of the human body for therapeutic trials. This makes it possible to obtain faster and more reliable responses compared to conventional cell cultures or tissues extracted from animals. In addition, it is possible in some cases to use a patient’s own cells directly, which makes it possible to carry out studies in a very targeted manner. It is this ability to accelerate and personalize the development of therapies that is the main advantage of 3D printing. Eventually, the tools and procedures we are developing today for research will potentially be used later for much more ambitious goals, such as regeneration or organ replacement in the patient his or herself. 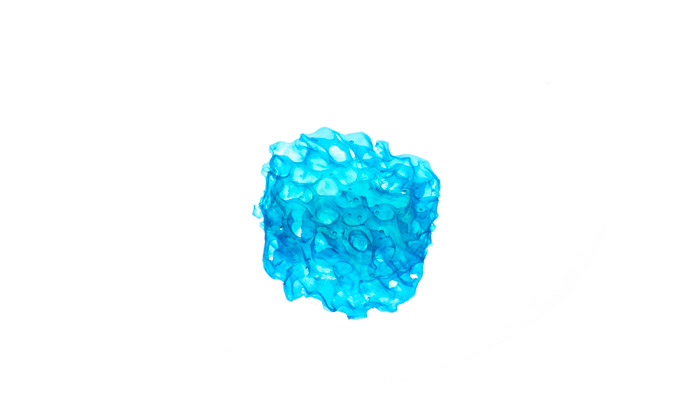 We want to expand our collaborations with research centers to tackle hitherto unsolved bioprinting problems, especially with regard to the most fragile cells and large-scale bioprinting. In the future, we want to extend this printing technology to other fields such as audiology and dentistry where we already have our first results. The field of 3D printing is moving and we invite you to stay informed by following our LinkedIn page and our website!

What do you think of Readily3D? Let us know in a comment below or on our Facebook, Twitter and LinkedIn pages! Sign up for our free weekly Newsletter here, the latest 3D printing news straight to your inbox!