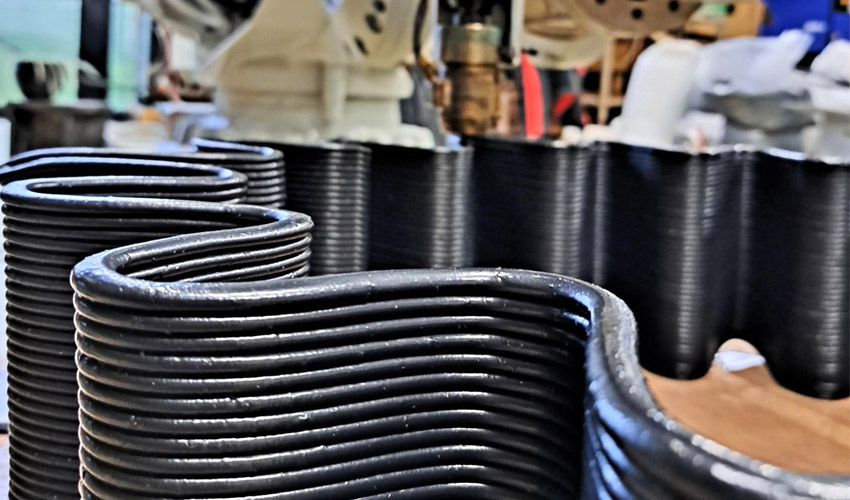 We start the year 2023 with a subject that is more relevant than ever in today’s society, namely our environmental impact and the preservation of our planet. It is no secret that additive manufacturing is one of the ways to reduce the amount of waste produced and our carbon footprint, while offering unique, personalized and complex objects. Or at least, this is the reasoning behind the French startup POOLP, which was founded after the health crisis. It has developed a micro-factory that integrates a large 3D printing unit that can transform our plastic waste into products with high social, environmental and aesthetic value. After winning the 3D Print Paris 2022 Startup Contest, the co-founders, Lorenzo Fauvette and Thomas Sicouri, answered our questions.

3DN: Could you introduce yourself and your connection to 3D printing?

Lorenzo & Thomas: We are two architects driven by a true ecological conscience and share a passion for new technologies applied to architecture, art and design. Indeed, we are convinced that certain technologies can greatly improve the environmental performance of our manufacturing and consumption patterns. We both have a master’s degree in algorithmic design and digital manufacturing and robotics for the construction industry, obtained at the École Nationale de Ponts et Chaussées (ENPC). We were using 3D printing as a prototyping tool and realized that by taking a leap of scale, 3D printing had a disruptive potential in many fields. 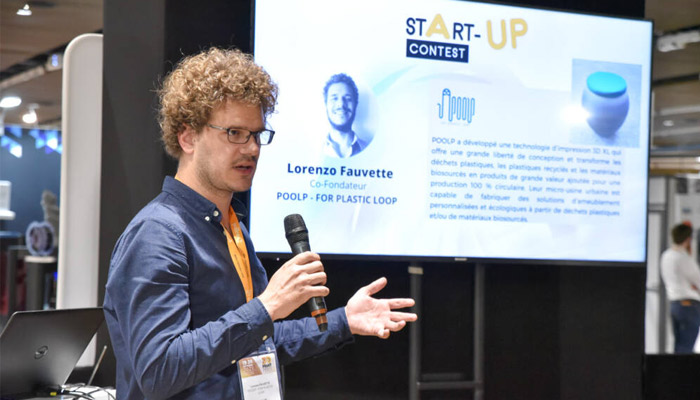 Lorenzo is one of the founders of POOLP: he presented the startup at the 3D Print Paris 2022 Startup Contest (photo credits: 3D Print)

3DN: How did POOLP come about?

Lorenzo & Thomas: POOLP was born after our master at ENPC. We both wanted to start a business and we became aware of the great potential of XL 3D printing in the field of art and architecture. In addition to a new approach to design and manufacturing, we chose to use the flexibility and compactness of 3D printing to make it a tool for valorizing plastics.

That’s how we got started. We started to think about an XL 3D printing system that would allow us to experiment with a large number of recycled and/or bio-based materials. This is how POOLP was born through the idea of using plastic waste as raw material for 3D printing.

The name POOLP comes from an anacyclic word play based on our circular economy concept: Plastic LOOP – which written backwards becomes POOL-P… just like the circular economy. And which in French is pronounced like the animal “poulpe” which can metamorphose, change color and shape, just like 3D printing. 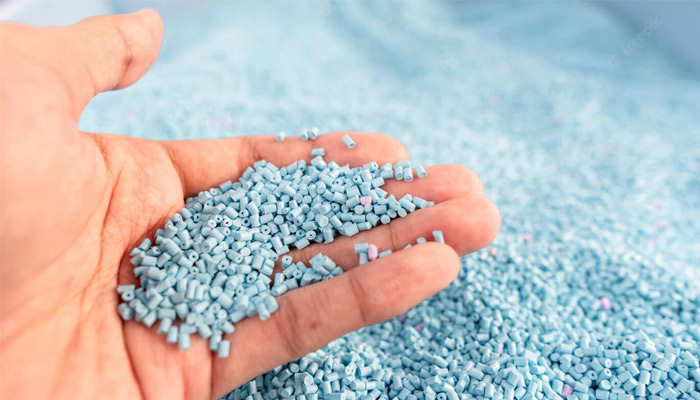 The startup’s name is based on the concept of circular economy (photo credits: black13kira)

3DN: Could you tell us more about your urban microfactory and your XXL printing technology?

Lorenzo & Thomas: Today, cities are increasingly emptied of economic activities related to crafts and local production to make way for bars, restaurants and housing. The urban microfactory is therefore envisaged as a compact way to settle in the dense urban fabric, to revitalize the economy and local initiatives and to create synergies between the different actors of the circular economy sector. Recyclers & industrialists for raw materials, craftsmen/designers for project development and finally citizens as end users.

We envision our urban microfactory as a production tool operating in a quasi-closed circuit and capable of valorizing the local plastic waste produced by the territories in which it is located. Each micro-factory will be composed of several additive manufacturing units capable of transforming our waste into products with high aesthetic, social and environmental value.

With this micro-factory, POOLP wants to promote an alternative production and consumption philosophy. The idea is to use the waste produced by citizens or by industries in a given territory to transform them into products with a high aesthetic, social and environmental value. It is therefore a question of developing both functional uses and artistic pieces which, we hope, will change our way of looking at waste and give it a value thanks to a production tool capable of producing an infinite number of forms. This is why we plan, once our first urban microfactory is operational and profitable, to develop a real network in France.

In order to develop a 3D printing technology that is easily reproducible and capable of working with the widest variety of thermoplastic waste materials, and to meet our environmental commitments, we have taken previously used industrial machines and modified and assembled them to create a robotic additive manufacturing unit capable of making large objects from plastic waste.

Our printing system uses the FGM (Fused Granulate Modeling) process, which means that it is able to print directly from plastic granules and grit, not by depositing a wire as in the case of FDM/FFF. This allows us to be faster in terms of production time, to reduce raw material costs considerably and to use and experiment with a wide range of materials. 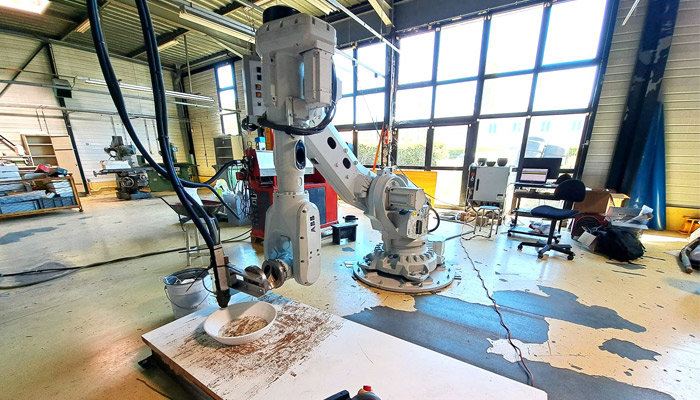 Our additive manufacturing unit consists of an extruder into which the ground material is introduced and a print head installed on a 6-axis ABB IRB 6700 robot which, by moving, is able to transform a more or less complex virtual geometry into a real object, with precision and speed.

In order to realize our first prototype of an additive manufacturing unit, considering the high investment costs, we managed to establish partnerships with institutions and private companies that believed in the project. For this, we would like to thank the CNAM Paris, ABB Robotics France and La Maison pour Rebondir de SUEZ who have supported and helped us since the beginning.

3DN: What types of plastics do you recycle today? And where do you see POOLP in 5 years?

Lorenzo & Thomas: POOLP was established in July 2021 and we implemented our printing system in March 2022. So we are still in the R&D phase and have not yet explored the full potential and possibilities of the system.

Currently, we are able to work with post-consumer plastic waste, plastics that are recycled to be clearer, so food containers made of polypropylene or bottle caps made of polyethylene type. We also work with post-industrial waste that comes from the food or pharmaceutical packaging industry. We recover manufacturing waste that is not reintroduced into the production cycle directly by the manufacturers.

During the manufacturing process we do not introduce additives or fillers to stabilize the material. This point is fundamental because all our products can be recycled in the existing recycling channels in Europe. We minimize all problems related to the behavior of the material, such as shrinkage, warping, etc., by adjusting the printing parameters.

In five years, we would like to be able to work with a wide range of wastes, not only plastic, but also organic and other wastes, and to have several micro-factories operational in Paris, and in other large strategic cities. Lorenzo would also like to export the concept and create one in Rome, the city where he grew up. 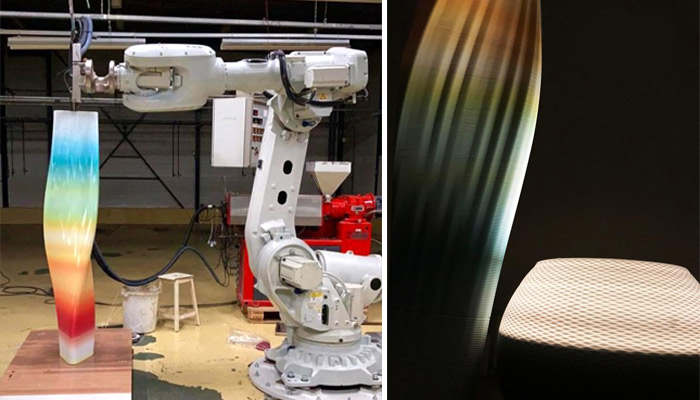 3DN: What are the products manufactured by POOLP today? What is your target market?

Lorenzo & Thomas: Currently, we design and produce mainly design & furniture objects such as stools, coffee tables, planters and lighting. We recently collaborated with an artist, Nicolas Viallard, with whom we produced a 70 cm x 70 cm sculpture, which was exhibited at the 3D printing fair in Paris. Our products acquire value not only as an object, but also as a manifesto of a paradigm shift towards a new philosophy of production and consumption. For the moment, our products are mainly intended for the design of company lobbies, hotels, restaurants, stores, etc. In the long term, we hope to be able to expand our range of proposals.

Today we address our co-design and manufacturing services mainly to architects, designers and artists who wish to unleash their creativity and who are aware of the urgent need to minimize their environmental impact and actively participate in the ecological transition.

3DN: In your opinion, how can 3D printing promote a circular economy?

3D printing is the ideal tool to promote the circular economy. One of the great advantages of 3D printing is that it allows us to produce more or less complex geometries while optimizing the amount of material used . In our case, it produces almost no manufacturing waste because we can easily reintegrate them into the production cycle. Moreover, with XL 3D printing, we can easily produce just-in-time. This means that we only manufacture the parts we need. No overproduction and therefore no unsold parts. Another great advantage is that we can recover the objects produced, transform them back into raw material and manufacture a new object.

In addition, our microfactory system would greatly minimize transportation costs and distances by producing as close as possible to the needs and with the waste produced by the industries and inhabitants of the territory.

If you are interested in our journey and want to know more, feel free to contact us at [email protected] and follow us on instagram at we_are_poolp and on Linkedin! We will be happy to talk with you. IN WASTE WE TRUST !

What do you think of POOLP? Let us know in a comment below or on our Linkedin, Facebook, and Twitter pages! Don’t forget to sign up for our free weekly Newsletter here, the latest 3D printing news straight to your inbox! You can also find all our videos on our YouTube channel.