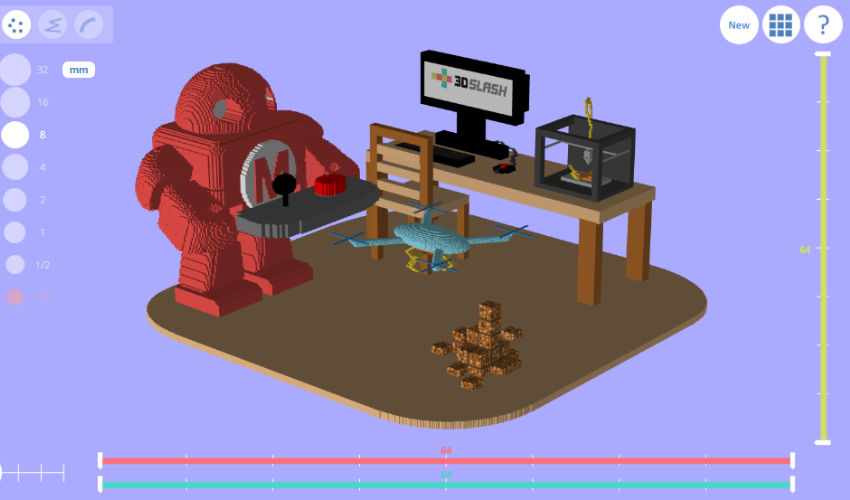 3D softwares are an important part of 3D printing as they allow users to perform a number of critical tasks. Among these are modeling softwares which are used to design the parts that will be 3D printed. However, many of the available softwares can be difficult to use. Enter 3D Slash. One of the most popular 3D printing modeling softwares on the market, 3D Slash was created by Sylvain Huet, a French engineer who was inspired by popular online game, Minecraft. He launched the 3D design software in 2014 with co-founder Quentin Jacomet.

Though known for its free option, which offers a web version and online storage as well as 8 standard colors, there are also paid options of 3D Slash starting from about $2 per month. In the premium version ($24 annually, though a monthly subscription is also available), users are able to also make their designs high resolution and have no limitations on colors. Additionally, they will be able to export without a queue and have access to the 3D Slash App on their mobile. These benefits are also available on the school plan (designed specifically as the name suggests for those looking to use the software for educational purposes) and the professional plan. 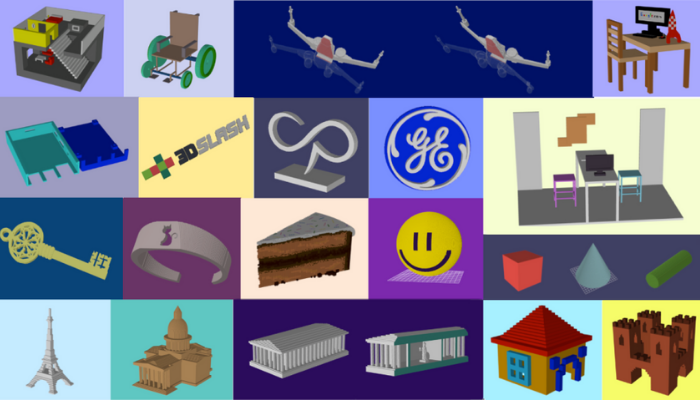 Some of the possible designs you can make using 3D Slash (photo credits: 3D Slash)

As part of the school plan (which starts at just $12 per month for 50 users) there is a team management feature as well as the educational discount.  The software can be easily integrated into classes and it is suitable for children as young as 5 years old, helping them to pick up 3D modeling and engineering skills. Finally, there is the professional program (starting at $20 per month) which allows designs to be used for commercial use along with all the other previously mentioned benefits.

It certainly makes sense why 3D Slash is considered to be one of the easiest 3D design softwares to use. It is both intuitive and fun as it treats modeling like a game. Similar to Minecraft, the platform has a cube as its most basic element. Users have a variety of “tools” at their disposal on the platform. The most basic elements are deleting cubes with the hammer tool and adding cubes with the trowel. There is also a chisel which will remove slices of cubes and a wall function that adds a line. With the drill you can remove an entire piece at once, exploding into a mass of cubes before disappearing. The entire platform is intuitive and enjoyable to use, taking a lot of the stress out of the creating process.

Furthermore, thanks to its popularity, the program is also compatible with many other 3D software sites. For example, it can be integrated into both Thingiverse and MyMiniFactory, ensuring ease for users who wish to download STL or OBJ files directly from those sites, cutting out the need to design from scratch. 3D Slash was also the first 3D creation tool that was integrated into Google Drive, enabling 3D content for team work, a recent version of the software was also released that can be used with Raspberry Pi. Additionally, with the newest versions of the software, its even more easier to work with as users can now modify a part of a design with one click, and its engraving feature simplifies reproducing patterns or names. You can learn more about 3D Slash in the video below or on their website HERE.

Do you use 3D Slash? Let us know in a comment below or on our Facebook and Twitter pages. Don’t forget to sign up for our free weekly newsletter, with all the latest news in 3D printing delivered straight to your inbox!