Published on September 8, 2017 by Alexandrea P. 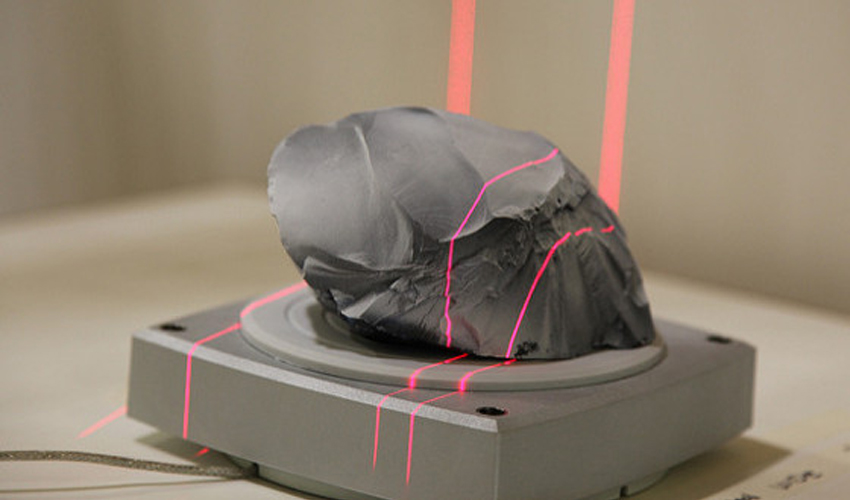 In line with our files on 3D printing processes, we will be starting today with a new series dedicated to the different techniques of 3D digitization. While the origin of the first 3D scanners dates back to the 1960s, this first portion will be focused on one of the simplest scanning technologies: laser triangulation.

The birth of 3D scanners goes back to the work of the National Research Council Canada, one of the first laboratories that developed a 3D digitization technique based on laser triangulation in 1978.

By definition, a 3D scanner is used to obtain a “digital image” of a physical object. To acquire this digital replica, there are different methods to record the object, which is then analyzed and reprocessed on a computer in order to determine its general shape.

Laser triangulation is based on a trigonometric calculation

In the case of laser triangulation, the scanners used comprise three main elements (which will form the three vertices of a triangle): a laser transmitter, a camera, and the object to be scanned. A rotating plate is also used to lay the object and obtain its different faces. 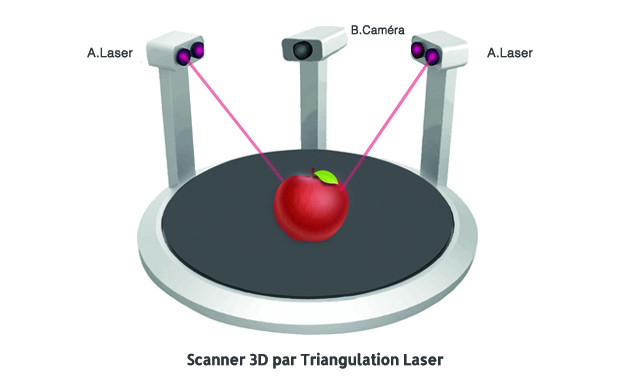 Laser triangulation 3D scanners generally use semiconductor lasers in particular because of their low cost and their small size. They are characterized by a red colored beam.

With this method, the digitization begins with the emission of a rectilinear laser beam which deforms on contact with the object. Through the camera, the 3D scanner analyzes the deformation of the line emitted by the laser on the reliefs of the object in order to determine, by means of trigonometric calculations, its position in space. 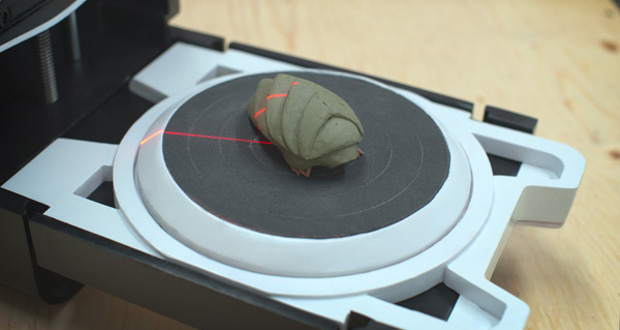 The main advantage of laser triangulation is its low price, with the first DIY models available for only a few hundred euros. Its acquisition speed (less than 10 minutes on average for an object) and its precision level (of the order of 0.01 mm) also make it a popular technology.

As for the disadvantages, it should be noted that the digitization of transparent or reflective surfaces can prove difficult, a problem that can be circumvented by using a white powder. Its limited range (only a few meters) also reduces the number of possible applications.