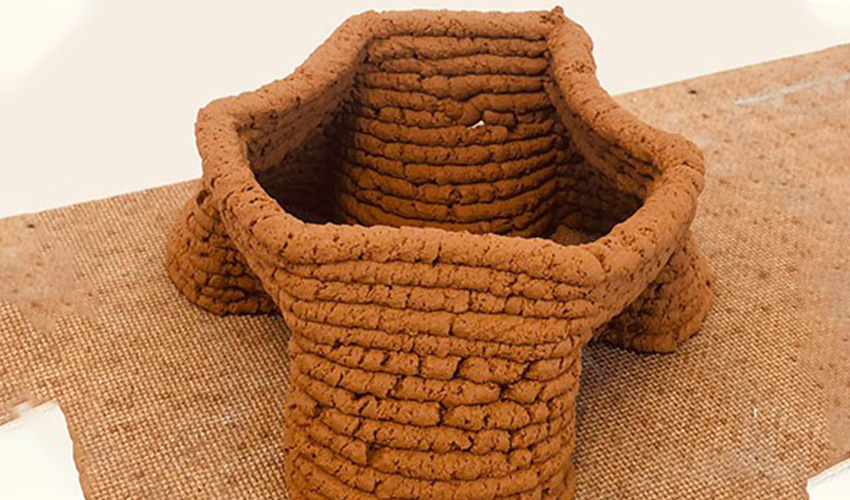 The construction industry is currently facing two major challenges: the demand for sustainable infrastructure and the need to repair deteriorating buildings, bridges and roads. While concrete is the material of choice for many construction projects, it has a large carbon footprint, resulting in high waste and energy expenditure. Researchers from the American Chemical Society (ACS) report progress toward a sustainable building material made from local soil. They have created a load-bearing structure using this material and a 3D printer.

We’ve covered many of the developments in the construction industry over the years. It’s undeniable that additive manufacturing technologies offer many benefits over conventional methods such as geometric freedom (even though this is more interesting for artistic constructions) and being able to produce locally from raw materials. However, in actual fact, most of the time AM construction companies still use concrete, which is far from being the most sustainable material. Today, concrete manufacturing is responsible for approximately 7% of carbon dioxide emissions according to the International Energy Agency, and cannot be recycled. 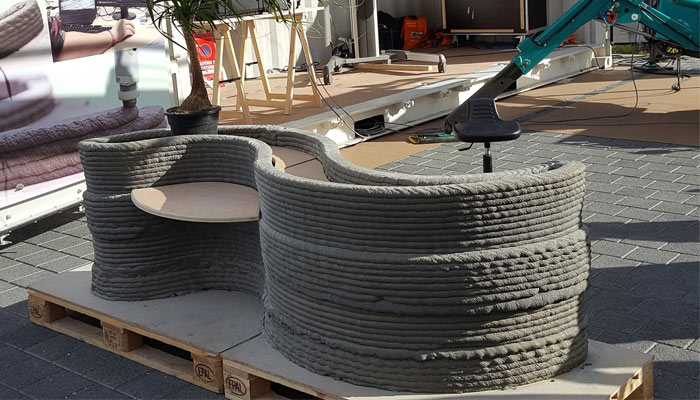 Most AM constructions are using concrete

At the American Chemical Society, the project’s principal investigator, Sarbajit Banerjee explains: “The environmental impact of the construction industry is an issue of growing concern. Some researchers have turned to additive manufacturing, or building structures layer by layer, which is often done with a 3D printer. That advance has begun to transform this sector in terms of reducing waste, but the materials used in the process need to be sustainable as well.”

The project proposed by the American Chemical Society is not the first to use local soil to build a structure. For example, the TECLA house produced by WASP in Italy represents a successful circular housing model, created entirely from reusable and recyclable materials taken from the local terrain. In general, an advantage to using local soil in construction is that the materials do not need to be manufactured and transported to the building site, reducing both costs and environmental damage. Banerjee also says that additive manufacturing with soil could one day be used beyond Earth, to create settlements on the moon or even Mars. Here, we think of the MARSHA project initiated by AI SpaceFactory in 2018.

Soil is typically classified by the layers of materials it comprises, beginning with the top organic layer where plants grow and ending at the hard bedrock of the earth’s crust. Beneath the initial organic layer is clay, which gives soil its plastic, moldable character that the researchers capitalized on in their project. The researchers explain that because soils vary greatly by location, their aim was to have a chemistry toolkit that could transform any type of soil into printable building material. 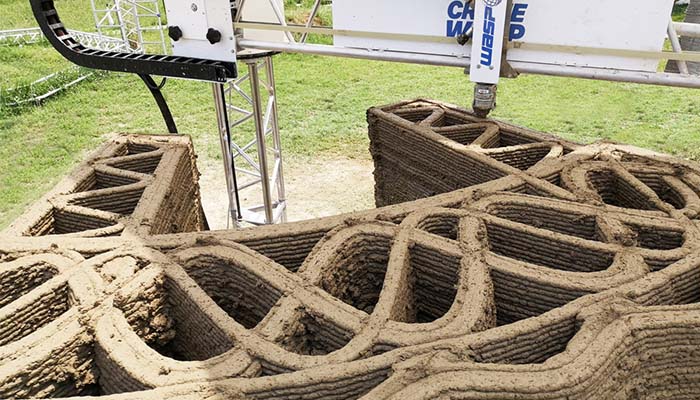 The TECLA house was made from local materials

They built small-scale test structures, cubes measuring two inches on each side, to see how the material performed when extruded into stacked layers. The next step was to ensure that the mixture was load bearing, meaning that it will stand up to the weight of the layers but also other materials used in construction such as rebar and insulation. In the near future, the team plans to improve the soil’s load-bearing capabilities in order to scale up their test structures and get as close to a replacement for concrete as possible. In addition, they are gathering data to see whether these 3D printed structures are as environmentally friendly as they envision, especially in terms of carbon footprint and recycling potential. Once they have a better picture of the chemistry, functionality and feasibility of building with local soils, they plan to further explore how this technology can be used beyond our own planet. You can find more information HERE.

What do you think of this project? Let us know in a comment below or on our Facebook and Twitter pages! Sign up for our free weekly Newsletter, all the latest news in 3D printing straight to your inbox!