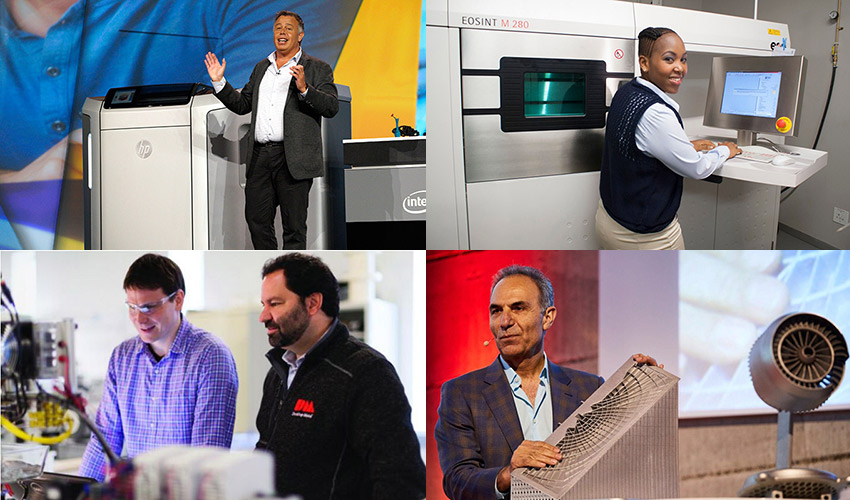 Most 3D printing news revolves around 3D printers and scanners, rather than people. This can mean that the people behind these innovative products don’t receive the limelight. Therefore, we have created our Top 10 3D printing personalities of 2017, with descriptions of why they deserve their position. We included big names from companies such as HP, Markforged, GE Additive, and more. These personalities are responsible for ventures into metal 3D printing, incredible art, and other achievements.

If there is a manufacturer that has regularly made headlines this year, it is HP. CEO Dion Weisler aims to “revolutionize” the estimated $12 trillion industrial production market.

Dion Weisler has been CEO since 2015, the new developments and partnerships of the firm this year, inclduing their new HP 4210 3D printer. In addition, HP announced full-color 3D printing, and an estimated 2019 launch of their metal 3D printers. 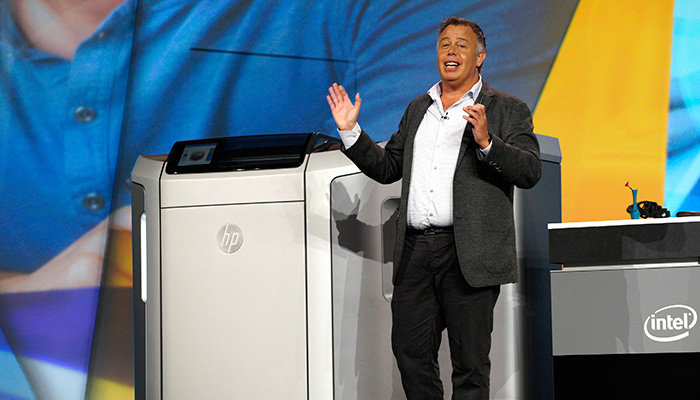 After a career in finance which lead him to meet some names such as Dassault Systèmes, Protolabs and Markforged, Ric Fulop founded Desktop Metal in 2015. After 2 years of development the Boston-based firm officially announced its entry into the 3D metal printing market with a base price of only $68,000 for its Studio System solution. This is very reasonable in a market where metal 3D printers generally start around $300,000.

Since its launch, the CEO has managed to convince investors to invest in the development of Desktop Metal. The firm has received over $210 million so far from companies such as Stratasys, General Electric, Google and BMW. They were our startup of the moth for July, which you can read here. 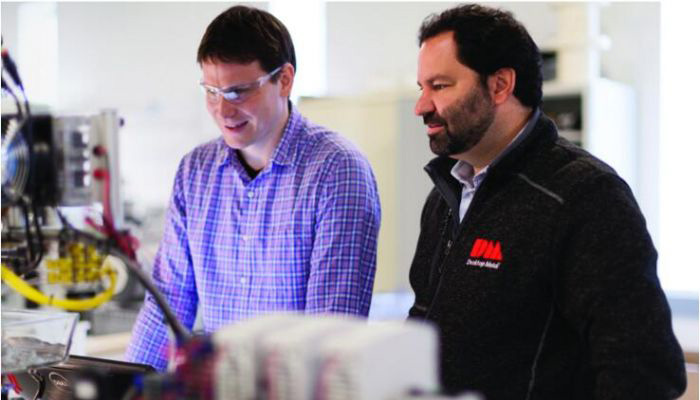 Former head of General Electric’s aviation branch, Mohammad Ehteshami has taken over the new additive manufacturing division called GE Additive. In his former position, Ehteshami was notably involved in the establishment of a General Electric 3D printing center dedicated to aeronautics, supported by $50 million financing and based in Auburn, USA.

Among his first assignments at the helm of GE Additive were the integration of Arcam and Concept Laser into the company. The goal is to create a giant of the metal additive manufacturing industry, able to meet the production needs of aeronautics, energy and more generally industry. 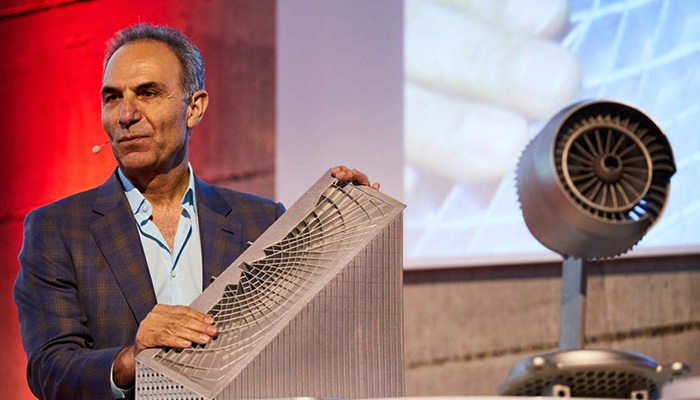 Historically specialized in 3D printing of polymers reinforced with carbon fibers, the American firm has evolved to be one of the first to enter the low-cost metal additive manufacturing market (below $100,000). This transition was made possible by its founder, Greg Mark.

With the launch of the Metal X, this former aeronautical engineer from MIT attracted investors such as Siemens, Microsoft oand Porsche, who invested more than 30 million dollars. Markforged is a fast-growing manufacturer to watch closely in the future. 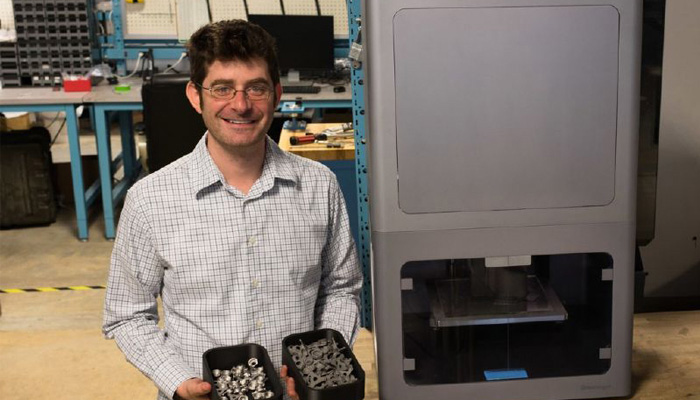 With more than 535,000 fans on Instagram, Dinara Kasko became a social media star in 2017. This 28-year-old pastry chef graduated in Architecture and Design from Kharkov University in Ukraine and became known to the general public. for his unique and gourmet creations.

Dinara uses 3D printing to initially create a replica of her tasty treats. Once printed, the part allows to create a silicone mold of the pastry. After this, the ingredients are formed into the dessert, giving us a glimpse into the future of desserts! We interviewed Dinara Kasko in this article. 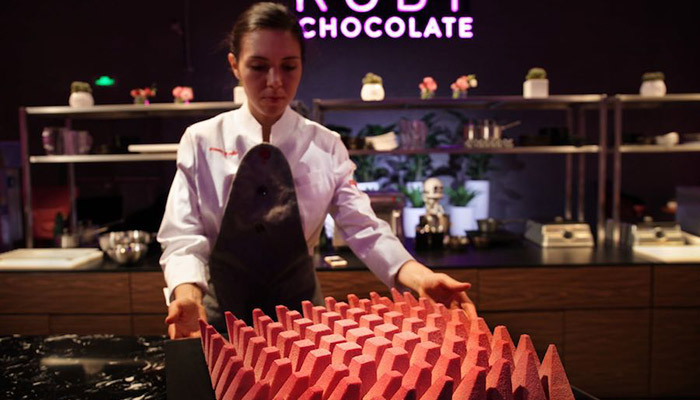 This name may not tell you anything but Nikita Chen-yun-tai is the creator of  Apis Cor who created a 3D printer for the construction sector. Last March, the Russian entrepreneur  built a 38 sqm building in less than 24 hours, costing just over $10,000.

The Apis Cor 3D printer can be installed in less than 30 minutes and uses a mechanical arm to deposit successive layers of concrete. Nikita Chen-yun-tai now wants to build buildings around the world and is even considering creating homes on Mars. Full article here. 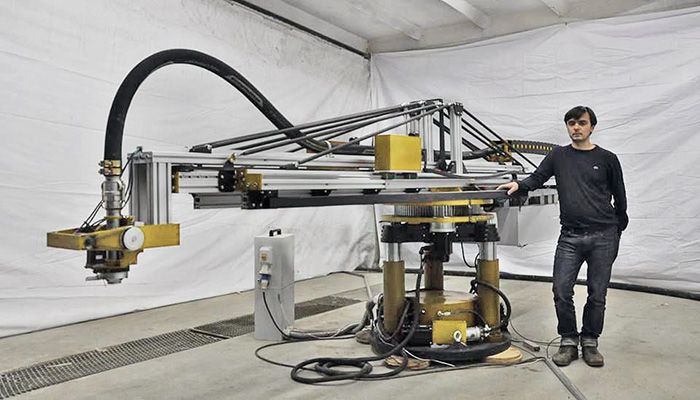 3D printing personalities Daniele Cevola and his partner Francesco Belvisi are using 3D printing to reinvent the manufacture of sailboats. We interviewed Livrea in October as our Startup of the Month. After the first conclusive tests unveiled during the year, the company is now working on a boat designed entirely through additive manufacturing.

To do this, Daniele and Francesco collaborate with the 3D software company Autodesk and developed a mechanical arm equipped with an extruder in partnership with German Lehmann & Voss. The 3D printed sailboat is expected to participate in a 6400km race from France to South America soon! 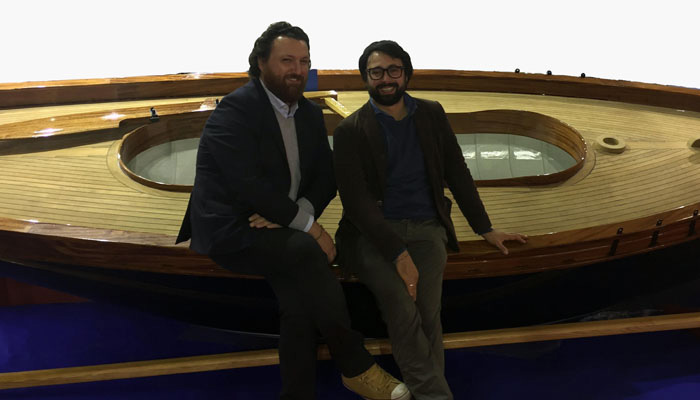 Originally from South Africa, Nneile Nkholise decided to focus on 3D printing to fight against breast cancer. Through her company iMedTech Group, the founder uses 3D scanners and 3D printers to design custom-made prostheses for patients who have had a  mastectomy. 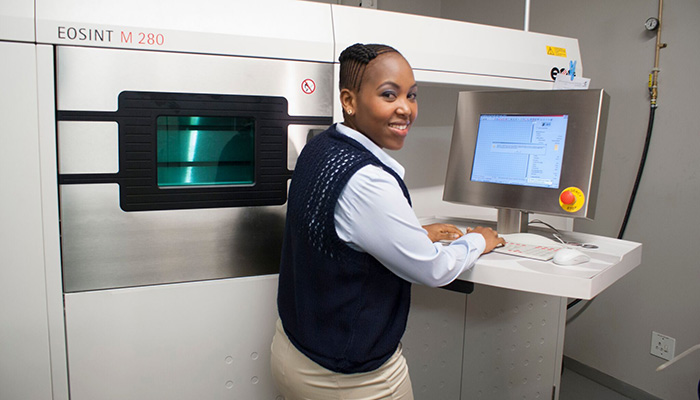 Who do you think was the most influential person in 3D printing this year? Let us know in a comment below or on our Facebook and Twitter pages! Sign up for our free weekly Newsletter here, the latest 3D printing news straight to your inbox! 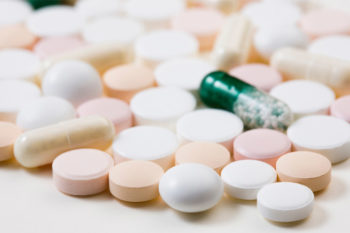 Can all drugs be 3D printed? 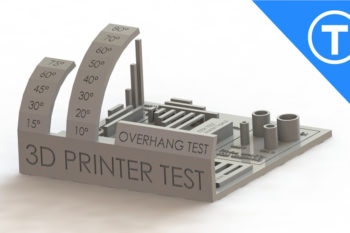 Thingiverse, an online platform to download STL files for free 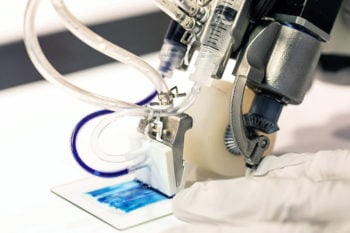 A portable bioprinter could heal even the most severe burns 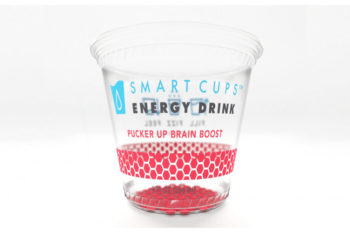