Our Guide to Intellectual Property in 3D Printing 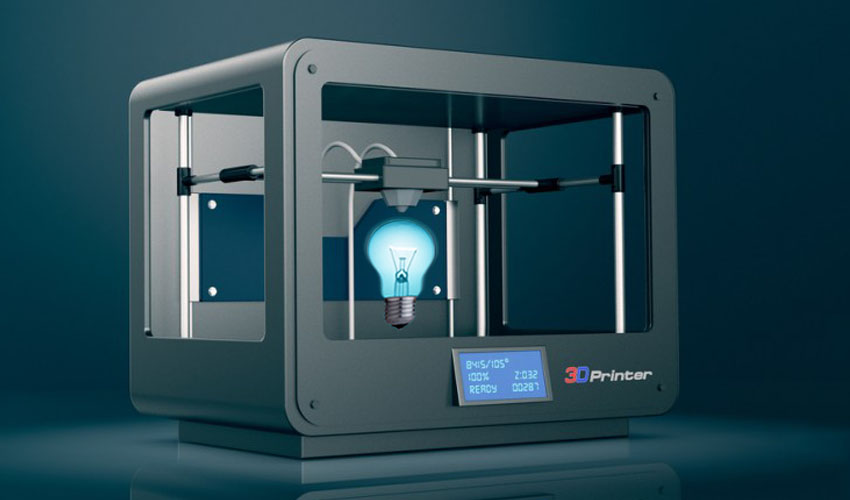 Intellectual Property is a controversial and sometimes confusing issue. The moniker covers such a broad spectrum, that it requires years of experience to master. This is bad for designers who want to create 3D-printed models and share them for both fun and profit. We have therefore researched potential issues for designers, consumers, and professionals to help you better understand your rights. In addition, check out our Top 5 3D printing university degrees.

There are many platforms dedicated to hosting 3D model files to download and print. These range from free only sites like Thingiverse, to sites that charge for models like Shapeways. There are also sites that print yours or other peoples’ models for you, like 3DHubs and Freelabster. This opens the door to a variety of problems. Firstly, people may take your design and sell it, whilst leaving it completely unchanged. Secondly, people could potentially take your designs, change them very slightly, and then claim them as their own. We examine these problems in more detail.

Firstly, we must explain Creative Commons. Creative Commons are a variety of licenses that protect artists and authors. They tell us what we are allowed to do with the piece of work concerned – in our case a 3D model. There are two main licenses: ones that allow commercial use of the piece or don’t, and licenses that either allow users to modify work or not. There are a total of 6 licenses based on these two categories.

Designers uploading their images can choose from these licenses. For example, with one license, a user will be able to modify, remix and distribute the model if he credits the model’s original creator. Other licenses allow people to use their model commercially, and sell it to other people. The designer must know if he wants to allow people to modify his work or allow others to benefit commercially. Then, the designer can choose the appropriate license.

For example, let’s say an artist has published a 3D model, allowing people to modify it but not to then sell the modification for money. This is the case for Steve Solomon, an artist we spoke to during our research process. Steve Solomon is a retiree who 3D prints because he loves doing it. He considers his work “Fan-art” and does not sell it. Solomon had some interesting things to say about his unique IP situation. 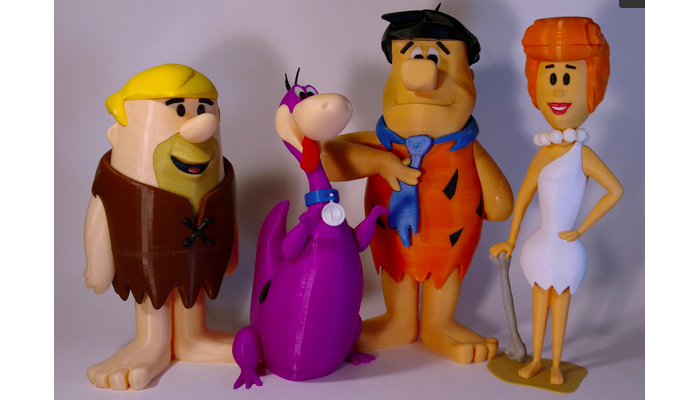 “[Fan-art] in itself is not a clearly defined area,” he said. “There is always the possibility of the owner of the 2D artwork requesting that I take down my work. I have had two cases of DMCA notifications on my work which I immediately complied with and did not pursue further. I have no intention of interfering with someone’s IP, however I do believe that there is an area for non-monetized 3D printed fan art that should allowed. I’m just not in the proper position to push the envelope.” We will explain DMCA takedowns further in this article.

More interestingly, Solomon goes on to say “I’ve had a few makers ask me if they could print and sell my models. I always refer them back to the real IP owner and note that the models could not be sold.” Solomon is abiding by IP laws, and is doing such a good job that people want to sell his work. Why has he received takedown requests if he is not profiting from his work? Perhaps it is because he creates work based on characters of large rights holder companies. Such examples include Charlie Brown, and Barney Rubble from ‘The Flintstones.’ These characters are famous, and the companies who own the rights seem to not like reproductions, even for free. What Steve is doing is harmless fun, but is still breaking copyright law even if he doesn’t sell his creations. 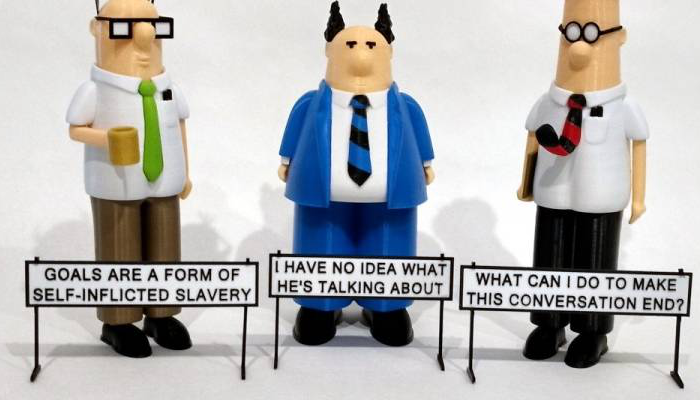 Another example of Steve Solomon’s work

But how can consumers make sure they are able to use models without worrying about IP issues? We asked Christopher J. Higgins, Senior Associate at Orrick and 3D printing rights expert. Christopher stated, “Reputable websites include files that are subject to Creative Commons licenses, which makes them free to use subject to certain conditions. Provided those conditions are met, then the end user should not have to worry about potential infringement. If you purchase a design file, and assuming that the website legally obtained the file, that gives the consumer the rights to download and use the file for its intended purpose.”

Therefore, you do not need to worry when downloading files to print. However, you are bound by the license to not sell or modify the model if the license does not allow you to. Designers therefore have a duty to clearly display the Creative Commons license available. “A simple way to prevent some cases of potential infringement is to clearly label the file with a copyright notice and potentially register the file with the copyright office,” said Higgins.

We spoke with Michael Weinberg, General Counsel at Shapeways, about IP for professionals. Shapeways has grown into a huge site, from a small Dutch startup to having offices in Queens, New York. We asked him how Shapeways’ process works for copyright disputes, and how you can protect your designs. Michael Weinberg openly stated that Shapeways vendors received between 1000-2000 DMCA takedown requests for copyright infringement per year.

3DN: If I find something I have designed being sold on your site, how do I get this resolved?

MW: It is all laid out on our contact policy. You send us a notice that contains 5 elements (taken directly from the law). You must write your name in the email, give us the model’s URL, send us your contact info, and state under good faith belief that the product infringes on your intellectual property, swearing under penalty of perjury that everything in the report is accurate.

3DN: How does the takedown system work?

MW: There is a framework called Safe Harbor: under the ToC, you promise you own the rights to an image you upload. We then assume you are telling the truth until we hear differently. If we get an email from somebody who says the model infringes on their rights, they fill in the form swearing under penalty of perjury that everything in their email is true. If they are willing to stand behind it, the model is taken down. We then alert the storeowner of the DMCA takedown request.

The owner can either do nothing, or challenge the notice. If they submit a counter-notice swearing under penalty of perjury they believe they are not infringing, Shapeways sends this to the original complainer. We say in 10 days the original model will go back up unless we hear from them. They can then accept that, or go to court. Shapeways do not evaluate the strength of either side’s case. We facilitate the interaction between the two parties. 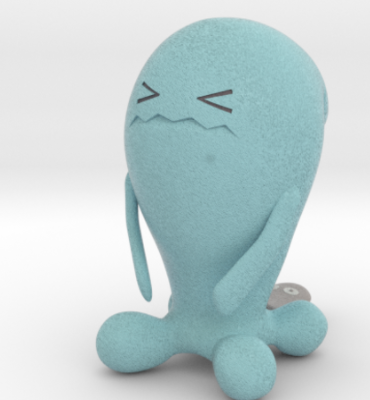 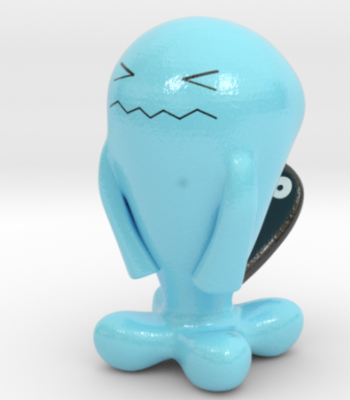 What this means for consumers

Shapeways’ system conveniently means that they themselves are never at fault. We even asked Michael at what point Shapeways intervene, to which he replied “Never. If parties are still in conflict after this interaction, they can take their dispute to court. We then comply with the outcome of the court.” This is very different to companies such as eBay’s dispute systems.

A problem however is for amateur designers, or professionals who don’t have deep pockets. If you see your design on a site such as Shapeways, yes you can get it taken down. However, if the infringer states they own the rights then you must go to court to permanently remove the model. Not everybody has the money to go to court. Moreover, it may not be worth the time and money just for one model.

This presents a legal stalemate favouring large rights holders with deep pockets. In Shapeways’ defence, Michael Weinberg did say that if large rights holders file DMCA requests over trademarks they do sometimes “push back on behalf of the shop owners.” Though this may help slightly, it still seems that the system tilts in favour of those with more money.

Though there is little to protect your models currently, some startups are developing innovative watermarks to use on your designs. They are resistant to editing as they are based in fine layers inside the model rather than externally. This makes them far more difficult for bootleggers to remove. We will cover updates to protecting your designs as they come to existence, but for the moment be careful with your licenses, and take appropriate action if you see your model being modified or sold without your permission.

Did this article on IP help? Let us know in a comment below or on our Facebook and Twitter pages! Don’t forget to sign up for our free weekly Newsletter, with all the latest news in 3D printing delivered straight to your inbox!