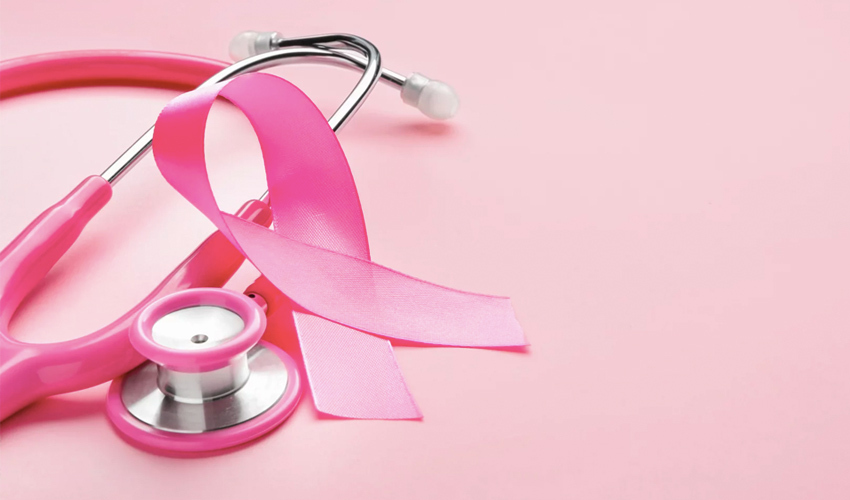 According to the World Health Organization (WHO), by the end of 2020, 7.8 million women alive had been diagnosed with breast cancer in the past 5 years, making it the world’s most prevalent cancer as well as one of the leading cause of cancers death in women worldwide. There are also men who suffer from the cancer, with the CDC finding that 1 in 100 breast cancer patients is male. Out of these women in particular, 40% require a mastectomy, the partial or total removal of a breast, for recovery. However, only about 20% of these women choose breast reconstruction (recreating the breasts after removal), even though it is often recommended to patients. In order to support the current, past and future breast cancer suffers, October was designated as Breast Cancer Awareness Month. In honor of that, we decided to take a look at the different ways that 3D printing can be used to help combat breast cancer, including through reconstruction. You can find our choices, in no particular order, below!

One creative way that 3D printing is being used is at the University of Texas’ MD Anderson Cancer Center. When patients are told about their tumors, it can be hard to understand what they really resemble since mammogram images only offer a two-dimensional view. This in turn can make them confused about which treatment to choose. MD Anderson has found a solution to this with 3D printed replicas of breasts and the tumors inside. Using 3D printing, radiologists Elsa Arribas and Lumarie Santiago started to make 3D-printed personalized breast models to more accurately illustrate the tumors. This has helped both doctors and patients at the center to understand their treatment options, it can also be used as a 3D guide during surgery, resulting in more efficient operations with fewer complications. 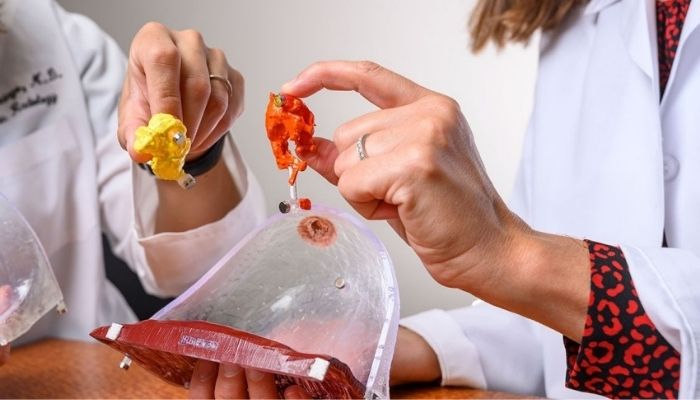 Hyperthemia is a cancer treatment in which body tissue is heated to a high temperature that will kill and damage cancer cells while leaving normal tissue intact. Microwave breast hyperthemia in particular is one potential cancer treatment in which breast temperature is raised using electromagnetic (EM) radiation. This particular treatment can be difficult as it is often done using bulky, rigid systems that are uncomfortable for the patient. However, Yusuku Makai, Sizian Li and Minyoung Suh have potentially found a way to improve it using 3D printing. In their study “3D-printed thermoplastic polyurethane for wearable breast hyperthermia,” the researchers posit that instead of using the traditional systems, 3D printed wearable antennas would be superior. They ultimately found that the 3D printed antennas could be used and not only provided more comfort to their patients but allowed for adjusted levels of exposure, however there were still limitations that needed to be addressed. 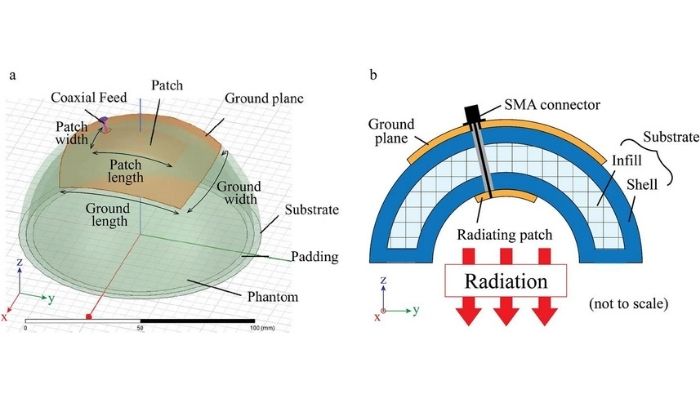 With many of the traditional breast reconstruction procedures relying on a limited supply of human cadavers or animal tissue, CollPlant’s innovative 3D bioprinting approach removes this supply constraint, allowing for wider reconstruction access for more patients. Earlier this year, CollPlant and 3D Systems entered a co-development agreement to co-produce a 3D bioprinted soft tissue matrix product that is able to promote cell infiltration and proliferation by using bioink formulations based on rhCollagen. This tissue regeneration minimizes the risk of adverse immune response. Due to it’s plant-based origin, the rhCollagen also offers superior safety while meeting the mechanical requirements for implant procedures. 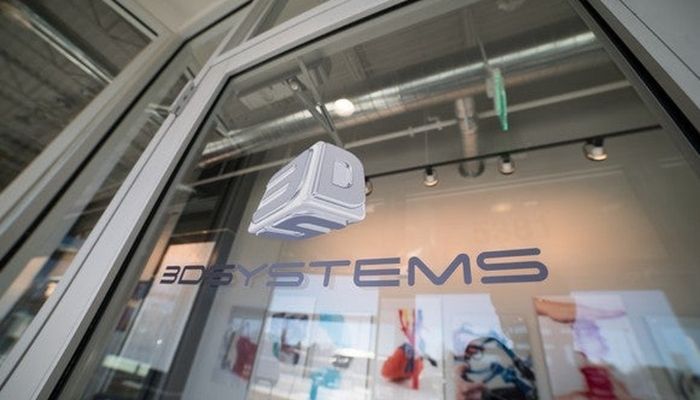 A team of scientists from several medical institutions in China, joined forces to conduct a study on localized chemotherapy breast cancer treatment. Traditional chemotherapy is delivered in massive doses, resulting in toxic side effects including hair loss, anemia, and nausea. Using 3D printing technology, the team of researchers designed a prosthesis containing the drugs paclitaxel (PTX) and doxorubicin (DOX) in order to prevent the recurrence of malignant tumors and metastasis following breast cancer-related surgery. The drug release showed that the 3D-printed prosthesis containing PTX and DOX microspheres was capable of releasing the drugs continuously for over 3 weeks, wherein suppressing a cancer recurrence threshold, and with significantly reduced side-effects. While the study was conducted on mice, this study revealed promising results for future development of breast cancer treatments in humans. 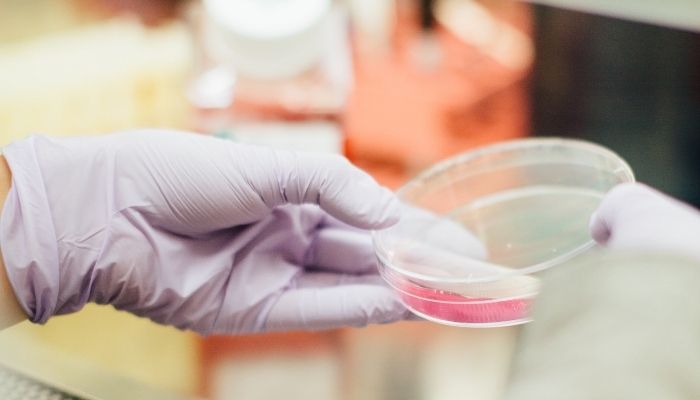 Since its founding in 2017 in Lille, the startup Lattice Medical has raised €2.3 million. Funds that have enabled it to develop an innovative application for breast reconstruction. The company has developed a bioprosthesis called MATTISSE, to offer an alternative to silicone prostheses, which require surgery every 10 years. Made of an absorbable material, the MATTISSE bioprosthesis is perfectly adapted to the patient’s morphology thanks to 3D printing. And unlike silicone prostheses, since it is resorbable, only one operation is required. To design the bioprostheses, the young company is inspired by the properties of Calais lace and uses a 3D printed dome that serves as a guide for cell growth. And that’s one of the main advantages of MATTISSE bioprostheses – they allow for natural reconstruction because it regenerates the patient’s own fatty tissue. When it comes to the process used to produce the prostheses, Lattice Medical uses FDM technology. 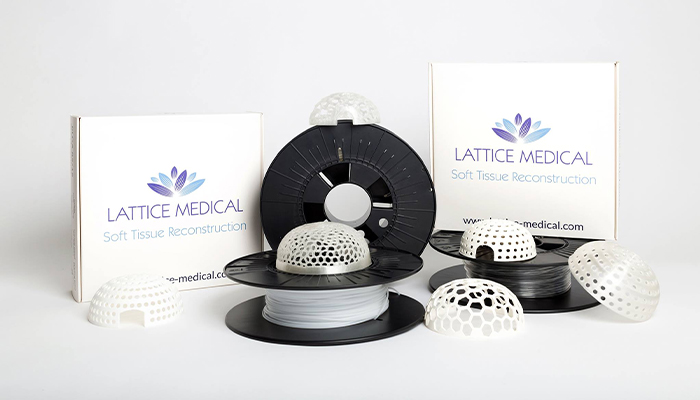 Founded in Lyon in January 2020, Healshape is a biomedical startup specialized in breast reconstruction and augmentation via bioprinting. Similar to Lattice Medical, it offers a fully customized bioprosthesis bioprinted from an ink that facilitates the regeneration of each woman’s tissue.  The prosthesis is resorbable, designed from natural biomimetic materials. Once implanted, the doctor can inject the patient’s own cells by performing lipofilling. Thus, only one operation is necessary. These cells will then adopt the shape of the bioprosthesis and will be able to reconstruct breast tissue. After a few months of work, the prosthesis will be able to resorb itself, leaving only the patient’s own cells, which should then be able to recover their breast.

The New Zealand company myReflection relies on 3D scanning to develop custom-made breast prostheses. The principle is simple: each patient goes to one of the brand’s centers and one of the consultants will perform a scan of the breast using a portable 3D scanner. After working on the 3D model, the teams 3D print a prototype shell in PLA to check the shape, fit and size of the prosthesis. If the patient agrees, then manufacturing of the prosthesis can begin (it is not 3D printed). For the moment, myReflection only delivers in New Zealand; count 613 New Zealand dollars (about 370 euros) for the scanning and testing phase and 3 prostheses. 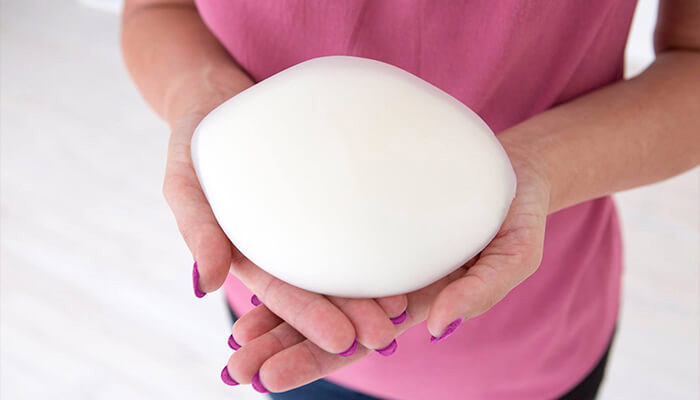 A research group at the University of Girona succeeded in using 3D printing to isolate the cells that cause breast cancer in women. Specifically, they made tiny 3D matrices, called scaffolds, that reproduced the tissues and fibers of the human body. With the help of BCN3D Cura software and the Barcelona manufacturer’s Sigma 3D printer, they tested various parameters to create the most optimal models for the research. They made 10 copies of each configuration in order to see which geometry best separated the stem cells, which are the ones that cause relapses. By successfully isolating the stem cells of this subtype of cancer, the researchers will be able to study them better to find the biomarkers responsible for the tumors and be able to target them with drugs. 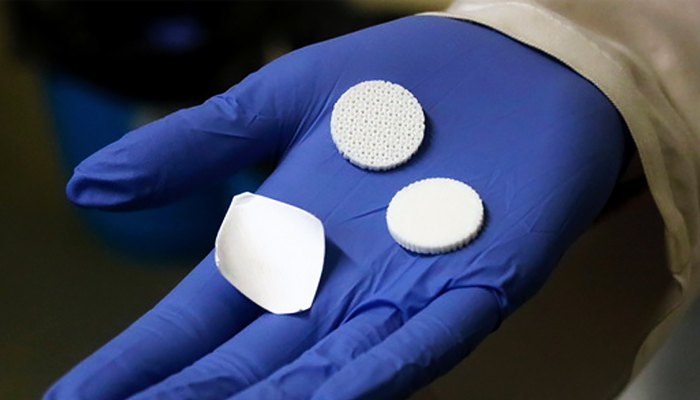 Fraunhofer IPT and BellaSeno – A Breast Implant with Autologous Tissues

Together with the Leipzig-based company BellaSeno, Fraunhofer IPT is working on the development of an automated production system that will in future manufacture breast implants from autologous tissue with a polymer structure. In the project, the companies are combining their expertise in 3D printing as well as knowledge in the fields of mechanics, electronics, measurement technology and software.  The new method is expected to give hope to many women – because conventional implants often provoke a defensive reaction from the body and thus pose an additional health risk to patients. In the case of BellaSeno’s 3D-printed polycaprolactone implants, the implanted material is said to be completely degraded by the body within two years and the breast will once again consist of the body’s own cells. Thanks to the production facility, it should also be possible to manufacture the implants more efficiently and at a lower cost, which should enable more women to have surgery. However, it will be several years before the implants are approved. The two companies expect to have a first industrial prototype of the plant within the next few years. 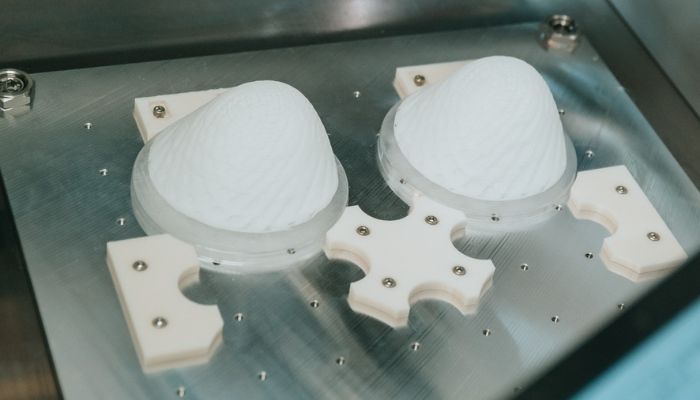 Thanks to 3D-printed breast templates, doctors can now better prepare for tumor removal surgery. Behind the project is a research team at Asan Medical Center led by Professor Ahn Sei-hyun, Associate Professor Ko Beom-seok and Assistant Professor Kim Nam-kug. With the help of the template, they say, patients’ breasts can be replicated using 3D printing and used by doctors for surgery. The whole thing works like this: first, the breast and tumor are modeled. Then, the shape of the tumor is projected vertically on the surface and the model of the breast is printed using a 3D printer. After the patient is placed under anesthesia on the day of surgery, breast template 3D breast guide is placed over the breast with the tumor, allowing the surgical site to be accurately marked. Associate Professor Ko Beom-seok explains the following, “Breast cancer surgery using the 3D breast template ensures the exact surgical resection margin, preserving the breast as much as possible by reducing reoperation and recurrence rates and achieving an overall improved cosmetic result.” 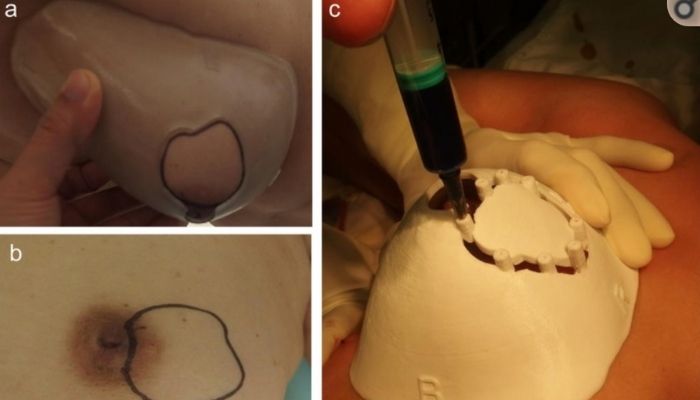 Supported by the European Commission and “Eureka,” a European R&D network, new breast implants will be developed over the next few years using 3D printing. The project is led by Korean biotech startup Plcoskin. Yonsei University and LipoCoat, a Dutch medical device manufacturer, are also expected to contribute their expertise to product development. The goal is to jointly develop a biodegradable PCL-based breast implant. Consequently, the implants will be 3D printed with PCL and previously coated with PCL collagen and lipid films using LipoCoat’s patented biocoating technology. This method is expected to reduce the infection rate of implants and result in less discomfort for patients after surgery. The project will be subsidized to the tune of $1.7 million over the next few years. 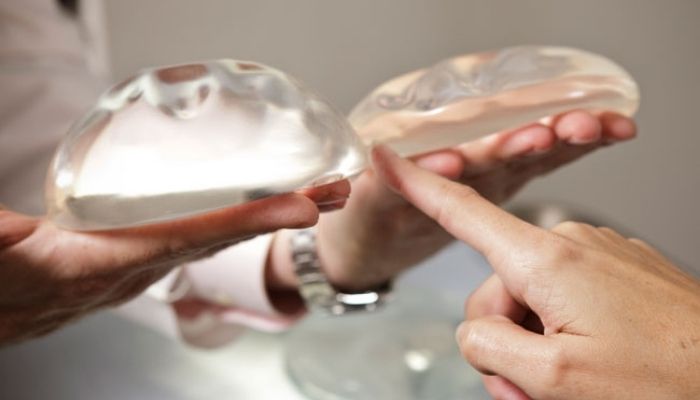 What do you think of the applications for 3D printing in the fight against breast cancer? Let us know in a comment below or on our Linkedin, Facebook and Twitter pages! Don’t forget to sign up for our free weekly Newsletter here, the latest 3D printing news straight to your inbox! You can also find all our videos on our YouTube channel.