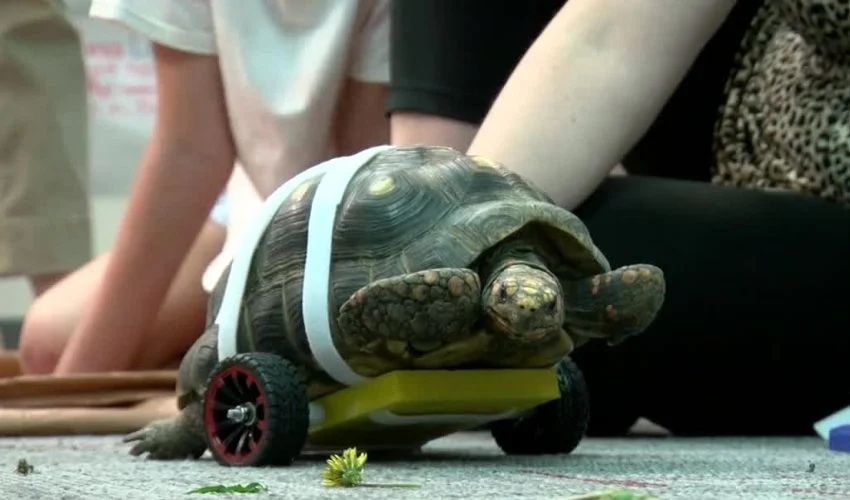 Students of the third to sixth grade at Prairie Queen Elementary School in Papillion, USA, conducted a community science project that used additive manufacturing to help a physically challenged turtle. The students, who are all members of the school’s 3D printing club, set out to create a 3D-printed wheel system to make life easier for Shelly the turtle.

The project was sparked by a Facebook appeal from the non-profit educational organization Wildlife Encounters, asking for help in making a 3D-printed wheel system for the turtle. The reptile named Shelly was rescued by the organization about five years ago, and she had been struggling with her physical limitations for about a year, according to KMTV 3 News. At the time Shelly had received swimming and physical therapy to increase her strength.. With the help of the 3D-printed wheel system, she would be able to move more freely on land while continuing to exercise her legs.

A 3D Printed Wheel System for Shelly the Turtle

The elementary school’s 3D printing club accepted the challenge. It was immediately clear to the students that they would agree to be helping the turtle. Third-grader Parker McCauley, for example, told WRTV News that they wanted to help Shelly “so she can be like any other turtle.”

Back in February, according to reports in a local newspaper, the first meeting between Wildlife Encounters and Shelly the turtle was conducted. During that meeting, students learned more about the red-footed tortoise. They then measured it so they could create cardboard prototypes of their designs before printing. Regarding the designs of the 3D-printed wheel system, the organization told the students that the designs for this should not be higher than one inch so that Shelly could move her front and back legs freely. The material of the walker should also be suitable for dirt and other substrates in the turtle’s natural habitat, they said. 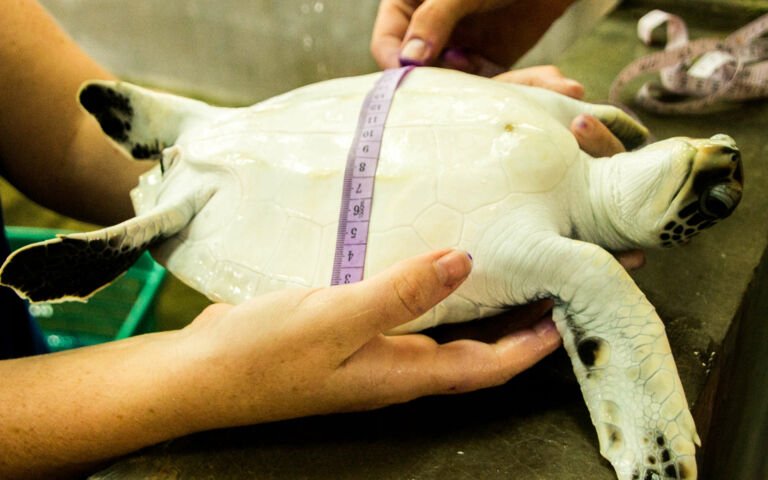 example of how to measure a turtle (photo credits: Praktikawelten.de)

For the students, who were, according to teacher Laura Smith, already familiar with 3D printing, the project presented a welcome challenge. They had already made things like door stops, remote control holders, and other useful items, and by doing this new project, they could now be able to help an animal survive.

After a few test runs, they quickly realized that the project would involve a lot of trial and error. But the students would not let any setback discourage them and slowly approached the project to figure out what would work best. “We printed things we knew wouldn’t work, but we wanted them to see that and make changes when they had things in hand,” said Laura Smith, who also mentioned that the kids were highly tech-savvy.

Since Shelly couldn’t come to every meeting, the students had to be very patient and use a cardboard cutout of the turtle for the designs. On Thursday morning, the final test run of the 3D-printed wheel system took place and significant progress was made. The turtle has already been allowed to test its new 3D-printed walker and seemed quite happy with it. Jillian Lenz of Wildlife Encounters in Nebraska told KMTV:

“We’re so excited with what has been created today and just to see the kids process throughout it, and the way their brain kind of works to solve this problem — how we get a tortoise to walk again. It’s just been a really, really cool experience”

You can learn more about this exciting project in the following YouTube video:

What do you think of the project? Let us know in a comment below or on our Linkedin, Facebook, and Twitter pages! Don’t forget to sign up for our free weekly Newsletter here, the latest 3D printing news straight to your inbox! You can also find all our videos on our YouTube channel.