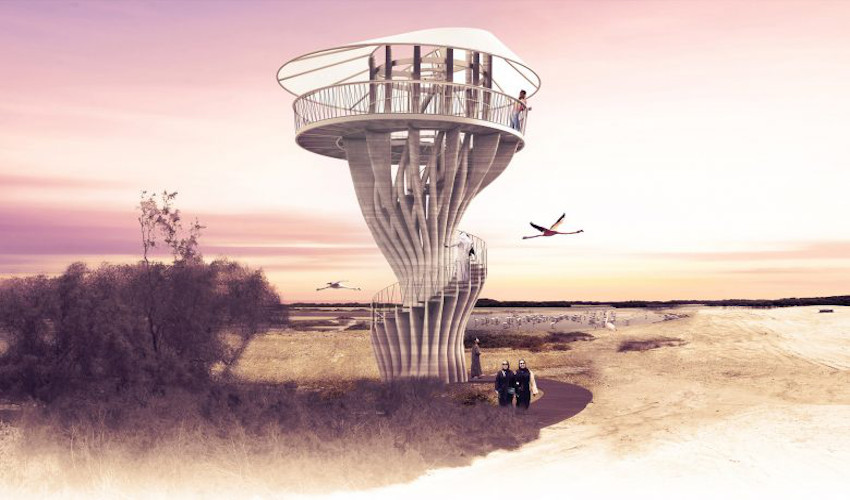 3D construction printing (3DCP) refers to various technologies that use additive manufacturing as a core method to fabricate buildings or construction components. We have already written about several 3D printed bridges and the 3D printed floating house project. The most recent news of 3DCP come from one of the most innovative cities of the world, Dubai. Nyxo Studio’s new project is an observation tower in the desert, fully 3D printed. Called “Supernatural Concre(a)tion” it is not just an ambitious but vague idea anymore, there is a very detailed blueprint ready and the construction plans seem to have been all worked out.

This is not going to be Dubai’s first 3D printed construction. In fact, the city boasts being home to the world’s first 3D printed commercial center and the world’s largest 3D printed building, not to mention several other “average” 3D printed constructions. For the commercial center, it took 17 days to print it and 3 months to adjust interior design; isn’t it incredible to live in a time when constructing a building is around 5 times faster than decorating it? But Dubai does not want to stop there – the government’s vision is to become world’s most innovative city by 2021, so Supernatural Concre(a)tion would a natural part of this plan.

In 3D construction printing, a number of different approaches have been demonstrated to date, which include on-site and off-site fabrication of buildings and construction components. Nyxo Studio revealed that for the Supernatural Concre(a)tion, they will go with the off-site fabrication, which is understandable, since this approach is typically significantly cheaper than the on-site one. The tower is divided into 2.5-meter portions that will be 3D printed in 2 cm shells. The components will be additively manufactured in the factory by a 6-axis industrial robot under controlled conditions.

Subsequently, the shells will be moved to the building site and overlapped, in a very fast and lean process, with less workforce employment compared to traditional techniques. Finally, the structure is to be unified through poured concrete in the main columns creating a monolith. This operating mode allows a considerable saving of cement. The 3D printing technique gives the characteristic external layers pattern, and interestingly, Nyxo Studio decided not to cover the layers. The company wants the layers to be a distinctive feature of the building, plus, they would fuse the artifact to the surrounding environment more effectively. 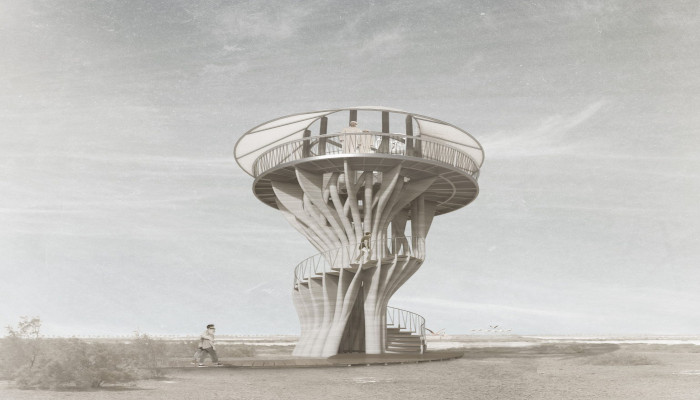 This building is deeply connected with the natural and landscape context of the Al Wathba Wetlands Reserve and designed to make the area usable and enjoyable by humans while minimizing the impact on the territory and its integrity. Supernatural Concre(a)tion’s purpose is to be a privileged point of view, in which the visitor could perceive the atmosphere of the external environment.

A wooden broadwalk will lead to the tower, where the visitor can take the stairs or ride on a hand-powered elevator, which can take visitors to mid landing area, or up to the main observation area. According to Nyxo Studio, “The result is a vertical formation spontaneously generated by a swirl of sand: Immanent and concrete, the tower is purely a mill of air and sand, masses and voids, immortalized in a spiral that emerges from the desert”. You can find more about this fascinating project HERE. 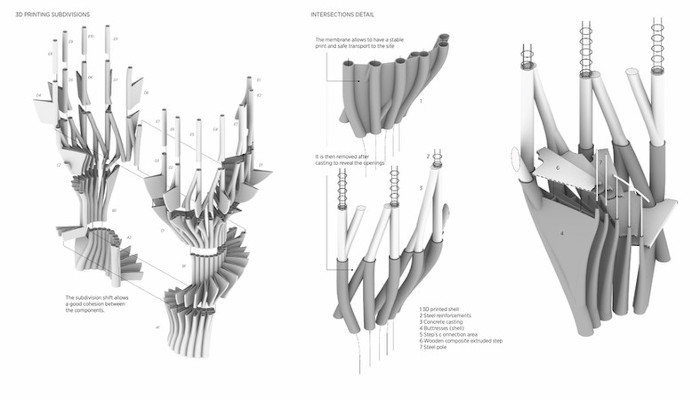 What do you think about this 3D printed observation tower in Dubai? Let us know in a comment below or on our Facebook and Twitter pages! Sign up for our free weekly Newsletter, all the latest news in 3D printing straight to your inbox!