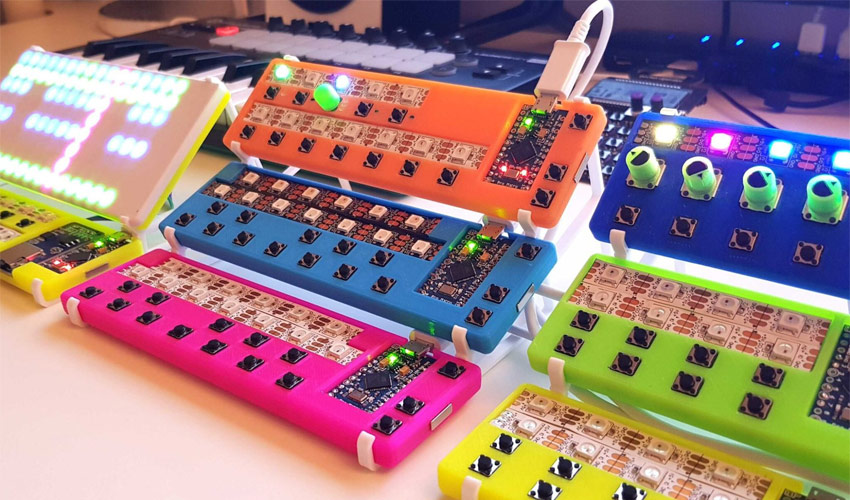 Johan Von Konow is a Swedish engineer with knowledge in mechanics, electronics, software and industrial design. In his spare time, he develops many projects around these subjects. One of his latest projects is called LEET Synthetizer: an open-source synthesizer to create directly at home from a 3D printer. Fully modular and customizable, this small electronic musical instrument can be made for only 6 dollars and would require only a few basic skills in soldering and programming embedded electronics. If you have a FDM 3D printer at home and some free time, you can give it a try!

3D printing really impacts all sectors, from aeronautics, automotive to design and music. And yes, 3D printing technologies can also allow some enthusiasts to imagine more efficient instruments, to design custom solutions or to optimize sounds as needed. It’s a production method that can be easily integrated into a company’s production process, but also used in a recreational way at home. For example, Johan Von Konow uses a plastic material extrusion 3D printer to bring his many electronic projects to life.

The synthesizer is built around a 3D printed shell that houses the printed circuit board as well as all the individual components. It is the core of the device that holds everything in place – it has channels to place all the wires connecting the components together safely and reliably. According to the engineer, it’s a device that can be easily reproduced, is inexpensive, and can be manufactured before the printed circuit board is received. Each key also has its own RGB LEDs, allowing for visualization of the playback but also to facilitate music training.

The synthesizer measures 154 x 45 x 8 mm and will require the following parts: an Arduino pro micro, 13 LEDs, 15 switches 6×6 and 34g of PLA filament. Of course you will need a 3D printer and a soldering iron. Johan Von Konow explains: “I designed the devices to be simplistic, solid and fun. The design could be described as retrofuturistic since they are inspired by computers from the 70s with lots of flashing lights like the PDP-10, but the addition of color LEDs and this 3D printed shell makes them futuristic at the same time” . He adds that the device can be printed in 4 hours maximum, with a welding job of 2 hours. He used a Prusa i3.

Finally, the synthesizer uses MIDI connections so that it can be used as both an input and output device. You can connect it to any computer with a DAW (Digital Audio Workstation). It is compatible with Windows, Mac, Linux, and even Android and iOS devices, making it ideal for portable music development. The engineer compares it to a LEGO construction where it is possible to combine microprocessor, LEDs and switches. He also encourages to build the LEET Synthetizer according to your needs; for example, light sensors and additional speakers can be added to obtain a custom instrument. You can find more information about this project and all the manufacturing steps HERE.

What do you think of this 3D printed Synthetizer? Let us know in a comment below or on our Facebook and Twitter pages! And remember to sign up for our free weekly Newsletter, to get all the latest news in 3D printing send straight to your inbox!