Is the 3D printed steel bridge by MX3D finally ready? 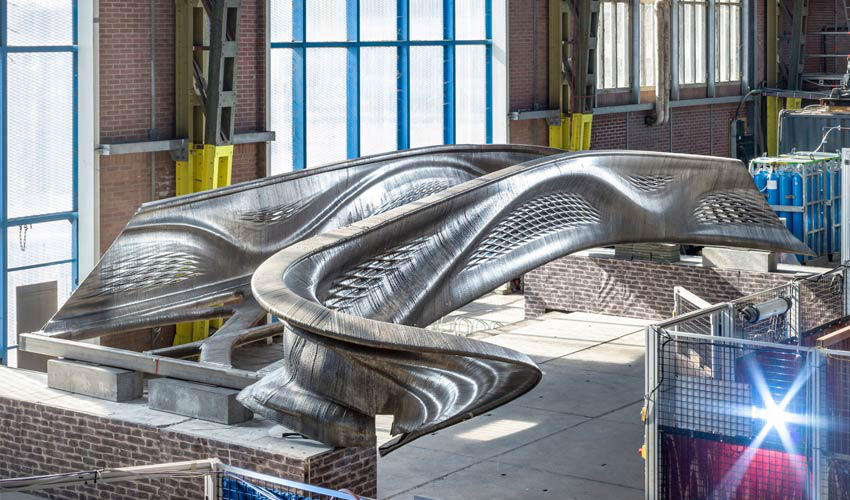 Last September, we highlighted the progress that MX3D had made on their 3D steel bridge. Well, this month, we’re back again with another update and it looks like the Dutch construction company has made even more progress than before! MX3D has recently revealed the first photos of their bridge, explaining that it would incorporate smart sensors that will monitor the construction of the structure as well as its durability.

In October 2015, MX3D  began building a steel bridge using 3D technologies: it developed a 6-axis robot that would extrude metal rods that could then be welded together, layer by layer. This process is called Wire Arc Additive Manufacturing (WAAM), which is also used by RAMLAB to design their boat propellers. 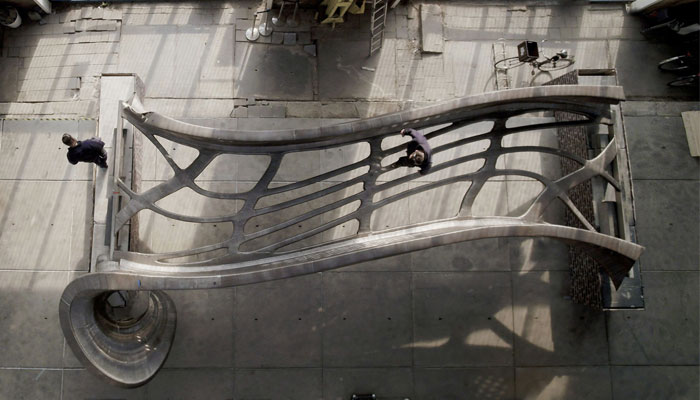 MX3D will be working with the Cambridge Center for Smart Infrastructure and Construction (CSIC), Imperial College London and the Alan Turing Institute in the UK to install the sensors onto the 3D printed bridge. These sensors will collect data that will be used to build a second digital bridge, the “Digital Twin”, in order to better understand the state of the structure and make any necessary changes.

The bridge had to be 3D printed directly on site: the robotic arms were intended to move with the structure. But after some unsuccessful tests and tries, MX3D decided to make it piece by piece and assemble it on site. Once completed, the bridge should be able to support pedestrians and cyclists who will cross the center of Amsterdam. The Dutch company says it has succeeded in supporting 30 people. This initiative is one that reminds us of the concrete 3D printed bridge that can also be found in the Netherlands, although it’s only reserved for cyclists. 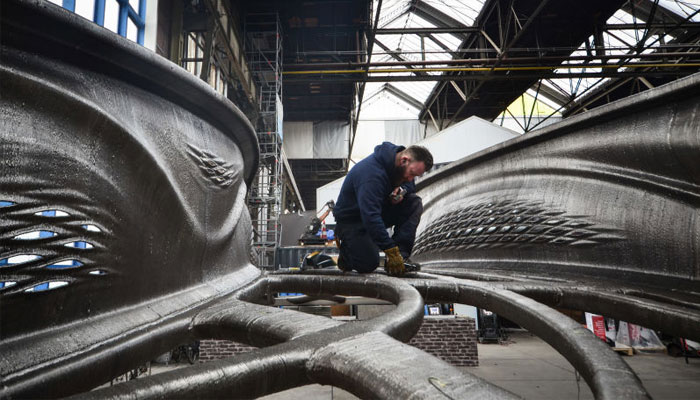 MX3D announced that the presence of sensors on their 3D printed steel bridge will provide accurate data on those who use the bridge as well as the bridges overall ‘health’. Dr. Mohammed Elshafie, describes the main features of this new system: “The sensors collect data on structural measurements including strain, displacement, and vibration and measure environmental factors such as air quality and temperature. This enables engineers to monitor the ‘health’ of the bridge in real time and observe and record how it changes throughout its lifespan. The sensor network provides a ‘nervous system’ for the bridge and creates a living laboratory for the researchers and engineers.” 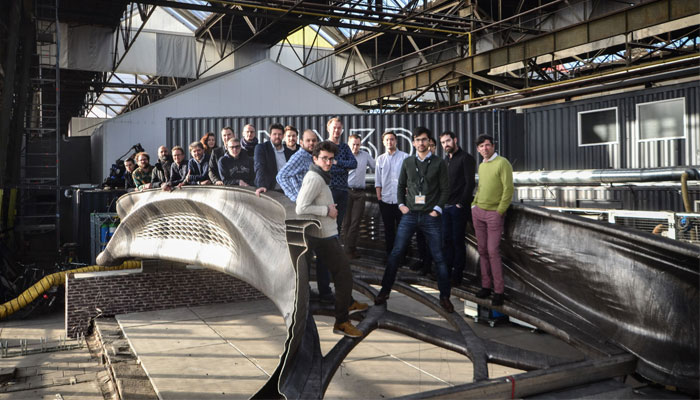 These sensors will also ensure that the bridge can be safely crossed. Since this is the first time that we can walk on a 3D printed steel bridge in the red light district of Amsterdam, MX3D had to guarantee the long-lasting and safe nature of the structure in the city. The sensors would, therefore, make it possible to monitor and solve security problems with great precision. Could this 3D printed bridge become the safest bridge in the city? Find more information on MX3D’s official website.

What do you think about this 3D printed metal bridge? Let us know in a comment below or on our Facebook and Twitter pages! Don’t forget to sign up for our free weekly Newsletter, with all the latest news in 3D printing delivered straight to your inbox!