The 3D printed steak; a new way of eating meat? 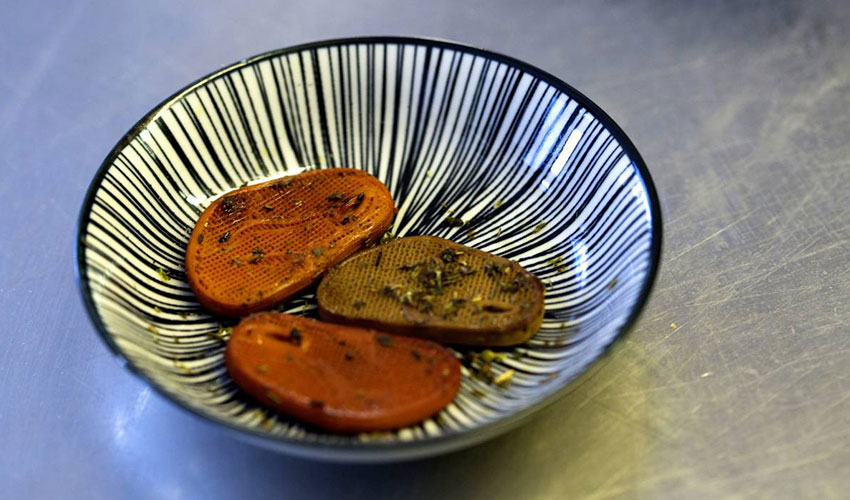 What if you could eat a 3D printed steak ? This seems surprising, but that is just what the Italian researcher Giusseppe Scionti of the Polytechnic University of Catalonia in Barcelona has proposed. He developed a project and modified a 3D fused deposition modeling printer to make various vegetable meat steaks. The goal is to imitate the appearance and texture of real steak or chicken to end the exploitation of animals. A dish that is apparently unappetising. However it offers an interesting alternative at a time when vegetarianism is gaining momentum.

While we were working on the development of 3D printed menus in the canteen of a primary school not long back, we are now discovering another application of 3D priniting in food. Namely the production of 3D printed meat, or more accurately a dish that mimics the appearance of a piece of steak. 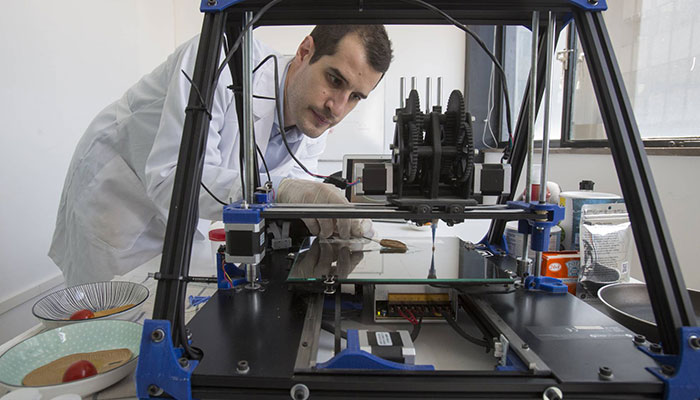 Giusseppe Scionti and his 3D printer

Giusseppe Scionti’s 3D printed steak is made of rice, peas and seaweed. From these ingredients, the researcher was able to create a reddish paste with a texture similar to that of red meat. Although the aesthetics of the final product remains to be improved, the final goal is clear. To put an end to the exploitation of animals.

Scionti explained in an interview for the Daily Mail: “The taste of the first prototypes is good, but it does’t mimic the taste of animal meat, yet. ” He continues, “However, that does not worry me, because the technologies to imitate the taste of animal meat have already been developed in the last years, while the main challenge for me was to obtain the animal meat-like consistency and texture, which was not invented yet.“ 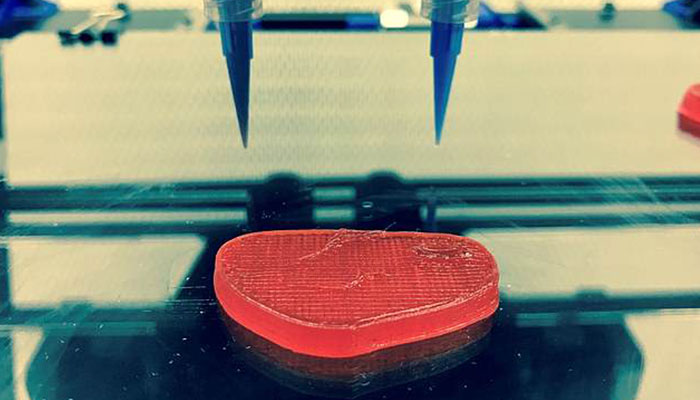 The process of creating a 3D printed steak

The proteins and algae used to design this piece of vegetable meat would be natural and approved worldwide. The Italian researcher explains that he modified a 3D printer to which he added a syringe to extrude the paste; the mixture is transformed into printing micro-filaments that form the piece of meat layer by layer. The secret of the final texture lies more in the recipe for this paste than in the printing itself. But it is undoubtedly this technique of manufacture that could give it the desired aspect. 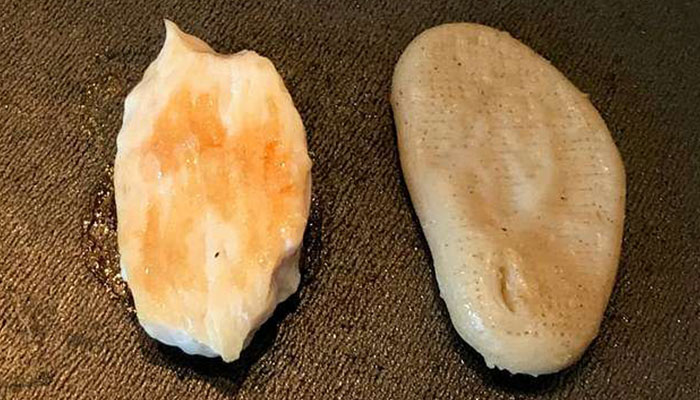 Scionti would currently be able to produce 110 grams of raw vegetarian steak in 30 to 50 minutes. A time he hopes to reduce to offer a faster manufacturing method than the existing ones. The goal is to reach 10 minutes from start to finish. The cost of production would also be very interesting. The Italian says that it will not exceed 50 cents. Good news for all vegetarians, a group that is increasing their numbers daily. Finally, Scionti explains that he has already approached some chefs with his idea. Some have been very receptive to the idea of ​​serving a dish that looks like meat but has a taste of mushroom. 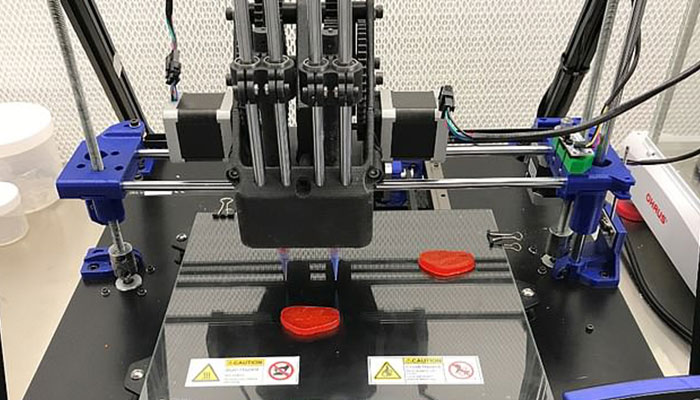 What do you think of this 3D printed steak or vegetarian alternative? Let us know what you think in a comment below or on our Facebook and Twitter pages! Don’t forget to sign up for our free weekly Newsletter, with all the latest news in 3D printing delivered straight to your inbox!