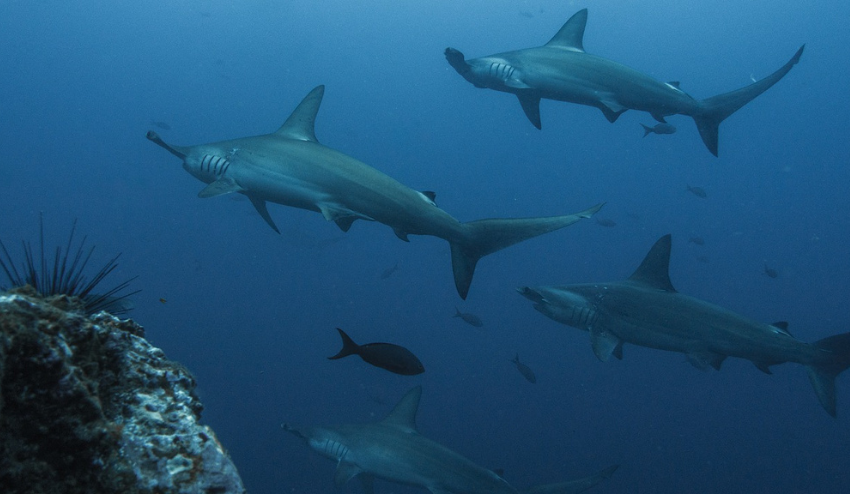 Once again, 3D printing will be used to help in wildlife conservation efforts. TRAFFIC, a leading non-government organization (NGO) working to fight against illegal wildlife trade, has announced that they have been using the world’s first-ever 3D printed shark fins to help assist customs officials and enforcement officers in their attempts to identify smuggled protected  shark species. As the demand for shark fins grows, many organizations have sought ways to identify fins from species that are moving closer and closer to extinction due to smuggling and overfishing. Now officials will be able to download the free scans from TRAFFIC’s website to create their own super-realistic replicas which they can use to help identify shark species from the fins alone, helping them in their fight.

According to global estimates, somewhere between 26 and 73 million sharks are traded each year, though it is possible that even that number is low. Additionally, sharks are being overfished worldwide, with negative consequences for many marine biomes and especially marine biodiversity. The World Wildlife Fund (WWF), notes that due to these factors and the general degradation of the oceans, a number of shark species have become endangered or vulnerable, notably the Oceanic Whitetip, porbeagle and three hammerhead species. Due to this vulnerability (as well as the fact that they are regularly traded) TRAFFIC identified these specieis among others to be on the list of scanned shark fins. 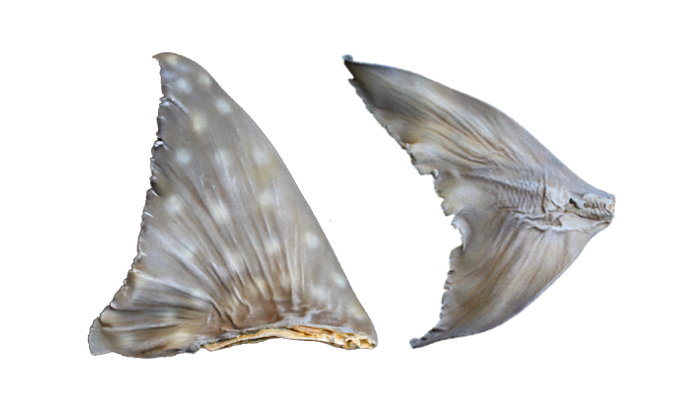 TRAFFIC started this program as it can be difficult to identify the species of dried shark fins by sight alone, especially when there has not been sufficient training. Furthermore, many customs and and law enforcement agencies working to combat wildlife trafficking are understaffed and under-equipped. These 3D printed replicas provide a cheaper, easy-to-use identification tool that will help them in their work. TRAFFIC fisheries trade expert Markus Burgener expanded, “These replica fins are expected to significantly improve the accuracy of active inspection, identification, and seizure of illegal shark fin consignments. They will help empower law enforcement officials the world over to more effectively disrupt the illegal trade in shark fins, which is causing significant detriment to our oceans.”

How to make the 3D printed shark fins

In order to create the ultra-realistic fins, TRAFFIC recommend using selective laser sintering (SLS) and nylon, allowing the fins to have a rough, sandpaper-like texture that is reminiscent of real dried shark fins. Of course many organizations will not have access to professional SLS machines, however, they can send the files to 3D printing service providers in order to get the necessary parts. It is recommended to use nylon as the material for a few reasons, namely for its excellent strength to weight ratio as well as the fact that thanks to its texture, it allows for better paint adhesion (unlike some other 3D printing materials which cannot be painted).

One crucial aspect of the renderings is that distinctive markings and coloration (crucial for accurate identification) have been integrated. They were developed with the support of the South African Department of Forestry, Fisheries and Environment as well as American shark expert Debra Abercrombie. This ensures that the scans are as accurate as possible, ensuring the 3D printed replicas will be useful tools in helping stop the illegal shark fin trade.

The 3D scan files as well as detailed printing and painting instructions for all 22 fins (from 11 shark species) are available for free on the TRAFFIC website. Law enforcement officials in South Africa tested the replica fins and found that using the fins helped them to identify the shark fins with confidence and more easily than when using ID guides. If these scans become more widespread, it could greatly aid in educating even more officials in the distinctive characteristics of shark fins, allowing endangered species to be identified more rapidly. You can find out more TRAFFIC’s website HERE.

What do you think of the use of 3D printing to make the first ever 3D printed replica shark fins? Let us know in a comment below or on our Facebook, Twitter, and LinkedIn pages! Sign up for our free weekly Newsletter here, the latest 3D printing news straight to your inbox!