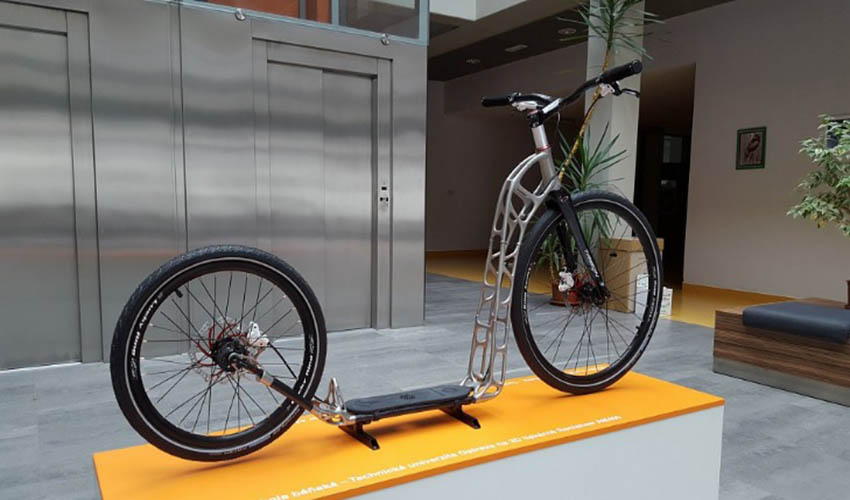 3D printing has been used to produce vehicles to offer cost-effective, eco-friendly and lightweight solutions to the automotive industry. Additively manufactured vehicles are not widely available yet as the technology is still developing and improving every year but many projects and designs have already been tested. It is only a question of time before commercially widespread 3D printed vehicles hit the market.

Renishaw, the UK-based 3D printer manufacturer and engineers from the Technical University of Ostrava in Czech Republic have collaborated in order to produce a 3D printed scooter. The scooter has been printed with a stainless steel bionic frame on a Renishaw AM 400 3D printer. On the other hand, the plastic platform was produced on an EOS P 396 3D printer. 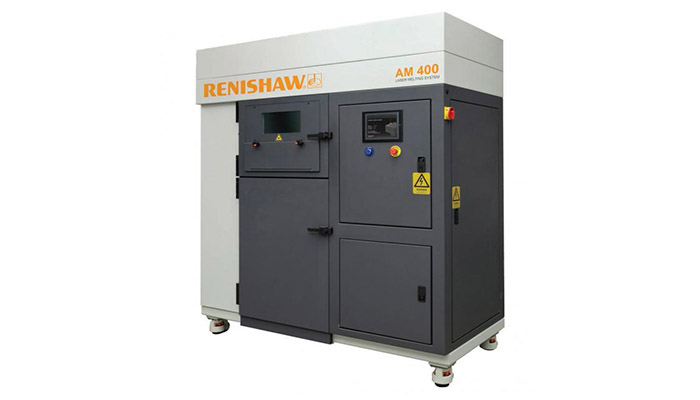 The AM 400 Printer from Renishaw

The partnership seeks to commercialise a new way of production for the future, hence why they created this next-generation scooter. It weighs approximately 3.2 Kg as the frame is hollow to reduce weight. Marek Pagác, leader of the project and professor in the Department of Machining, Assembly and Engineering Metrology, VŠB-TUO said, “Our prototype is about a quarter of a lighter than if it was made by the traditional method. Besides saving the material we have made the parts lightweight and hollow. We also put the greatest emphasis on the attractive scooter design and its distinctive sporty look”. 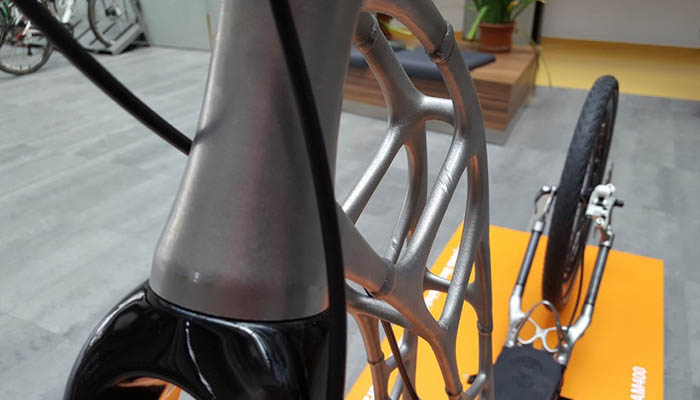 The functional scooter frame was produced in four parts, consecutively welded together using traditional manufacturing methods. The team from the Czech university have explained that they hope to work on a second-generation version of their scooter. They are working in producing the frame as a single part. It should be ready by August and if everything runs smoothly, it will be presented at the International Engineering Fair in Brno, Czech Republic in October. The commercialisation of the scooter will still depend on whether the team finds a cost-effective way of integrating the 3D technology.

One of the engineers working on the project, Petr Štefek explains, “We wanted to go by something that has not yet been realised. Scooters are currently experiencing revival, many people are driving on them, which was also attractive to us”.

Don’t forget to comment below or on our Facebook and Twitter page! Don’t forget to sign up for our free weekly Newsletter, with all the latest news in 3D printing delivered straight to your inbox!