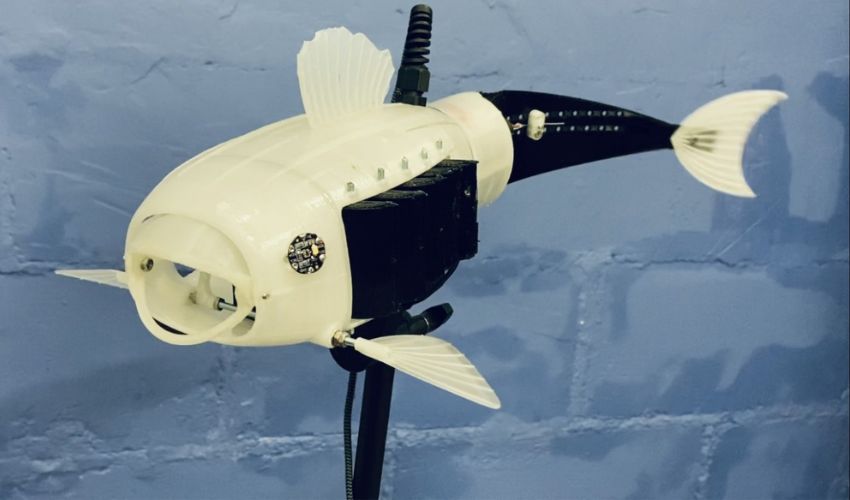 A student has designed a robotic 3D printed fish which can collect microplastics as it ‘swims’. Eleanor Mackintosh, student at the University of Surrey, designed the creation as part of a competition led by robotics researchers at the University. The team offered the opportunity for the winning entry to be turned into a working prototype- which has now been realised in the form of ‘Gillbert’!

In terms of the competition, Dr Robert Siddall, Lecturer at the University of Surrey, described it as a ‘novel piece of science communication’ which benefits from the ‘intuitive sense of animal and plant behavior’ which many people have. From Eleanor’s initial idea came the creation of a salmon-sized fish with mesh-covered gills with which ‘Gillbert’ can suck up microplastics from water and hold within its body. The student’s motivation for this design stemmed from concern over marine and freshwater pollution; she sought a way to reduce this through robotic design. Water pollution in the UK is a serious concern; England has one of the worst water qualities in Europe,  with just 14 per cent of rivers in “good” ecological condition. This can cause serious harm to wildlife as well as posing a threat to people using water bodies in the country. 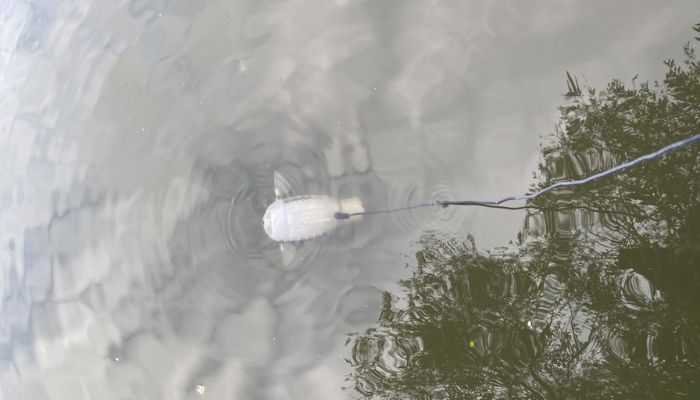 The robotic fish was tested in water

Dr Siddall explained: “We don’t know where the vast majority of plastic dumped into our waterways ends up. We hope that this robo-fish and its future descendants are the first steps in the right direction to helping us to find and, eventually, control this plastic pollution problem.”

The design for the robotic fish used open-source files, which are freely available to download for anyone. To produce the parts, the team used an FDM printer, the Prusa Mini+, with a 0.4mm nozzle. The choice to use a low-cost printer and accessible files was deliberate, in order to make the fish reproducible by others. To produce the microplastic-trapping gills, they printed gill plates and periodically paused printing in order to add nylon mesh in between the layers. Once the fish was complete, they tested it in water sources and found it to be successful in trapping microplastics. The researchers pointed out, however, that the fish currently has no way of testing the microplastics; automation of this process would be necessary for it to be a useful tool for ocean sampling. Their idea for performing these tests is a docking station which would contain a sampling chamber and would clean the fish chamber out for further microplastic collection.

This is not the first robotic creation which has been used for additive manufacturing. Indeed, robotic arms play a key role in 3D printing as they can combat limitations of gantry methods. If this interests you, you can check out our listing of some of the most exciting solutions on the market. If you want to learn more about the project, you can find a complete write-up HERE on the University of Surrey’s website. If the technical side is of particular interest, HERE is the scientific report.

What do you think of this project? Let us know in a comment below or on our LinkedIn, Facebook, and Twitter pages! Don’t forget to sign up for our free weekly Newsletter here, the latest 3D printing news straight to your inbox! You can also find all our videos on our YouTube channel.