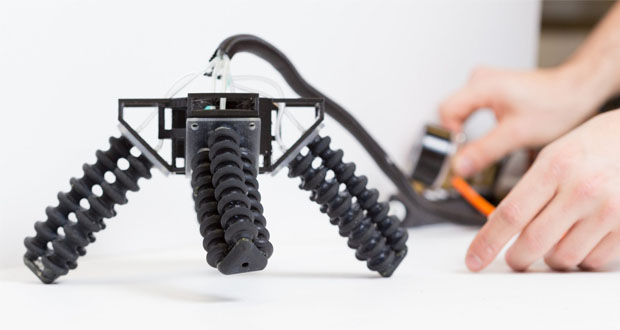 Scientists at the University of California San Diego have used 3D printing to create robots that have the ability to walk on different surfaces, including sand. The 3D printed robot could be used to retrieve information in hazardous environments or for search and rescue operations.

The design of the robot is nothing new, as many others have embarked on this type of technology to help create new ways of exploring rough terrain, with drones being the most common form that come to mind. However, these US researchers have made a major step forward; managing to create a soft yet rigid robot that can help overcome natural obstacles that are out of reach for man. 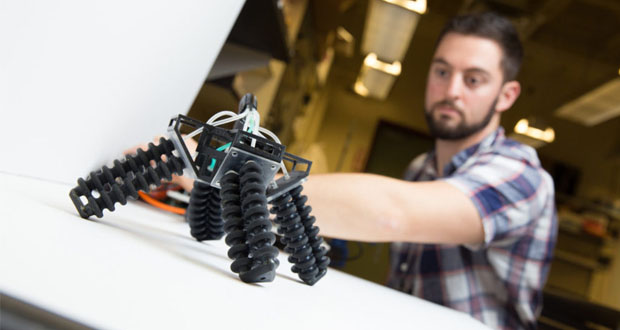 With legs that are in the shape of an X, this little robot has the ability to walk on sand, pebbles and other uneven surfaces. This is thanks to the complexity of the legs, which incorporates both hard and soft materials.

Michael T. Tolley, Assistant Professor of Mechanical and Aerospace Engineering at the Jacobs School of Engineering, is responsible for this project. He explains that by using these two types of materials, his team was able to create a new generation of robots that are easily adaptable and can work safely with humans. In addition, Michael believes that 3D printing is something for everyone, as instead of relying on molds for manufacturing, this technology provides a new option that is cheaper and faster. 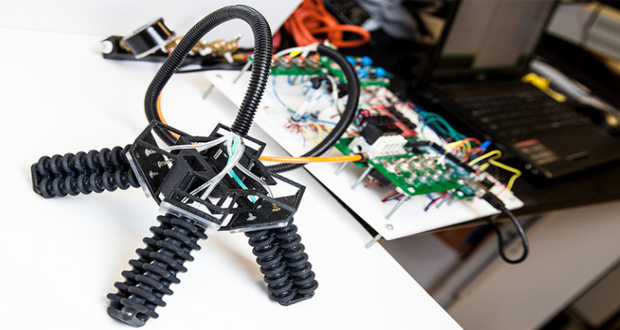 Through 3D multi-material printing, you have the possibility of manufacturing more complex and functional parts, such as seen with the legs of the robot. Each leg is made of three actuators that are printed with a rubbery material. These actuators are made up of inner tubes that inflate and deflate to bend the leg and push the robot forward. The robot therefore relies on the combination of both time and air.

This ingenious mechanism even allows the robot to crawl by precisely adjusting the pressure levels and the order in which the pistons of his four legs must be inflated. This gives it an advancing speed of 20mm (.79in) per second. In addition, the robot can also retreat, move to the side and rotate. 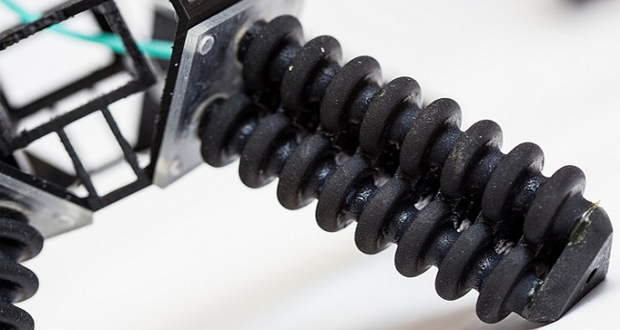 There are still some additional adjustments that need to be made because as of right now, the robot is currently still attached to a control panel and an air pump, which limits the distance that can be traveled. Researchers hope to integrate these two parts directly into the robot, as they believe this little robot can be used for more important tasks such as collecting information in dangerous terrain through the use of sensory sensors.

Check out their robot in action: