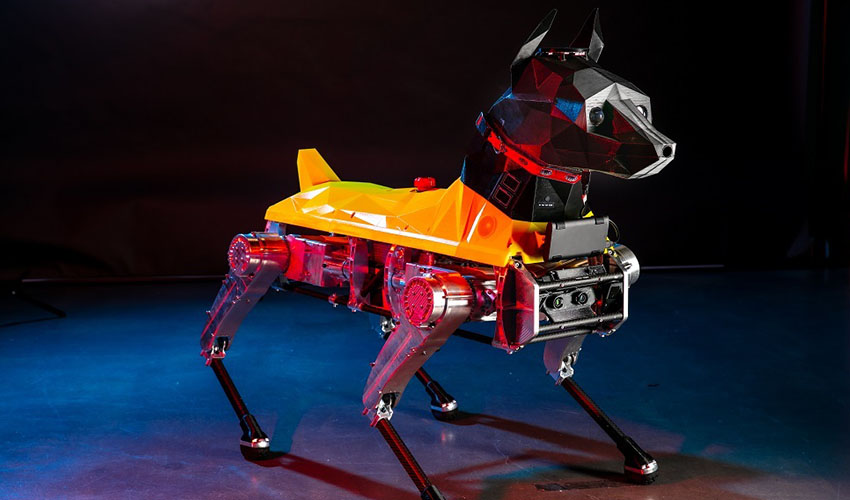 A group of scientists at Florida Atlantic University (FAU) have created Astro, a robodog. Using deep learning and artificial intelligence (AI) this quadruped robot is capable of seeing and hearing. This prototype was created at FAU’s Machine Perception and Cognitive Robotics Laboratory (MPCR), and is unique in the sense that it was 3D printed to resemble a Doberman pinscher. Other 3D printed robots before did not have the same structure, that is a head containing a computerised brain.

Astro was made to resemble a dog, but also to learn like a dog. It doesn’t operate based on preprogrammed robotic automation. Instead, its ‘brain’ will learn from experience to perform dog-like tasks. It weighs 100 pounds and is equipped with sensors, high-tech radar imaging, cameras and a directional microphone.

This robodog was created to be an information scout, therefore its missions will include detecting guns, explosives and gun residue to assist the police, the military and security personnel. It will need experience to do, as it learns from it. Eventually, it will be able to understand hand signals, detect different colours, comprehend many languages, coordinate its efforts with drones, distinguish human faces and recognise other dogs. 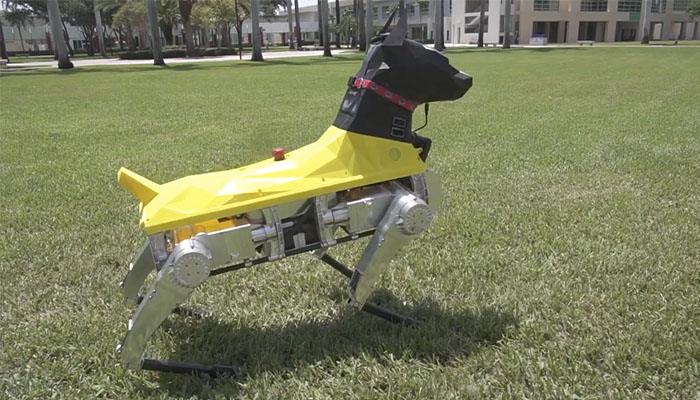 The team of scientists behind this project have been studying the human brain, together with IT experts, artists, biologists, psychologists, high school students and undergraduate and graduate students, they were able to create Astro. Ata Sarajedini, Ph.D., dean of FAU’s Charles E. Schmidt College of Science, “Our Machine Perception and Cognitive Robotics laboratory team was sought out by Drone Data’s Astro Robotics group because of their extensive expertise in cognitive neuroscience, which includes behavioral, neurophysiological and embedded computational approaches to studying the brain”

Ultimately, the 3D printed robot dog should be able to learn and react in real-time. To do so, it will be equipped with more than a dozen sensors that will consume environmental input across multiple modalities including optical, sound, gas and even radar. In an official press release from FAU, it writes, “To process the sensory inputs and make autonomous behavioral decisions, a set of Nvidia Jetson TX2 graphics processing units are onboard with a combined four teraflops of computing power, which amounts to about four trillion computations a second.” Therefore, it will be able to search and identify faces in its database, smell the air to detect substances and hear and respond to distress calls.

This is a very promising project, additive manufacturing has already opened a tremendous number of applications for scientists. Now with the integration of machine learning, a 3D printed robot dog such as this one opens up a whole new set of possibilities. Ata Sarajedini adds, “Astro is inspired by the human brain and he has come to life through machine learning and artificial intelligence, which is proving to be an invaluable resource in helping to solve some of the world’s most complex problems.”

What do you think of Astro? Let us know in a comment below or on our Facebook and Twitter pages! Don’t forget to sign up for our free weekly Newsletter, with all the latest news in 3D printing delivered straight to your inbox!