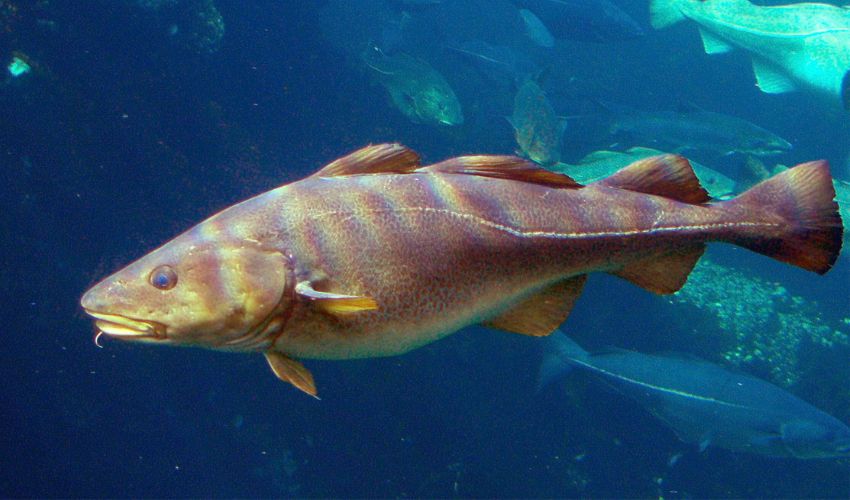 In a recent project, Danish multinational power company Ørsted and the World-Wide Fund for Nature (WWF) deployed 3D-printed reef structures in Kattegat, a strait between Denmark and Sweden. The goal of this initiative is to test how the 3D printed structures can benefit biodiversity in the Danish waters and help to put an end to the decline of the cod stock in the last few years. The project is the first of its kind in Danish waters, though not the first in the World.

Our environment is suffering, and the consequences of the constant exploitation of the planet are becoming more and more visible. The ocean especially has been pushed to the limits of endurance, and the damages are moving closer to a point of no return. Sea life has been declining over the last decades, as the example of the extremely low stock of cod in Kattegat, a part of the Greater North Sea, shows. The now alarmingly low stock is the result of many different negative impacts, such as overfishing, the loss of habitat, or increasing oxygen depletion. Bo Øksnebjerg, Secretary General, WWF Denmark, explains,” Marine biodiversity in Denmark is under heavy pressure, and today there are 90 % fewer cod in the Kattegat than in 1990. Action is needed – and urgently. We must give nature and wildlife a hand while trying to solve our climate crisis by expanding our renewable energy production at the same time.” 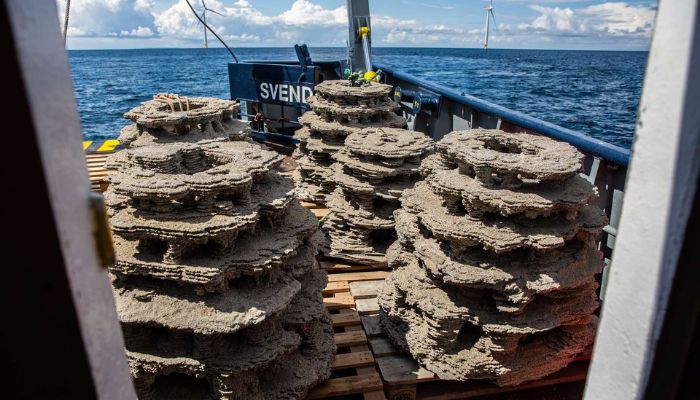 The idea of 3D-printing reef structures isn’t exactly a new one. Similar projects, such as the 3D printing of coral reefs off the southern coastal Israeli city of Eilat a few months ago or archiREEF’s work in Hong Kong, have shown that the use of AM technologies can lead to great results. Following that success, the cooperation of the two partners in Denmark planted 12 3D-printed reef structures on a seabed in the Kattegat. The exact spot is located between wind turbines at Anholt Offshore Wind Farm in the North-East of Denmark. The project is the latest of several other initiatives to help the environment since the start of the strategic partnership between Ørsted and WWF Denmark in 2018.

The initial design of the reef was created in a collaboration between WWF Netherlands and Australia-based Reef Design Lab, while the reef structures were produced by Italian company D-Shape. The material of the structures is 70 % sand and 30 % pozzolanic cement made from volcanic ash and Portland cement and is biocompatible. It is free from synthetic or toxic substances of industrial origin, and won’t harm its surrounding environment. Thanks to these reefs, the project hopes to build on previous efforts to replenish the historically low cod population.

The restocking of cod is very important, not only for the benefit of the fish itself but also to help maintain harmony in the marine ecosystem of the area. According to the press release, as a top predator in the area, cod helps to regulate the abundance of other species such as the green crab. If the number of green crabs becomes over-proportional, it will have a negative effect on the natural balance of the area underwater. Moreover, the 3D-printed reef structures are likely to soon attract other living organisms and re-establish the area as a safe place for the cod to return. 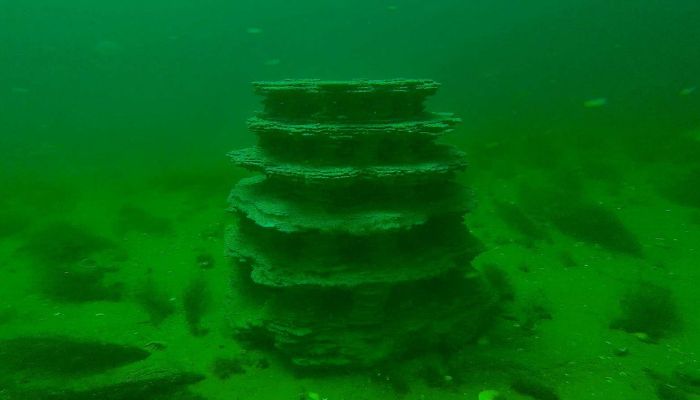 Ørsted and the WWF already have plans to do more projects together in the future. Filip Engel, Vice President of Sustainability at Ørsted, is looking forward to the possibility, “At Ørsted, we believe action on climate and nature can and must go hand-in-hand, and this exciting project together with WWF Denmark is one of many we’re testing out globally to seek the best solutions to make our ambition of a net-positive biodiversity impact a reality.” To find out more about Ørsted and its future plans, visit the company’s website HERE.

What do you think of the project? Will the additive manufacturing market be able to sustain this growth? Let us know in a comment below or on our LinkedIn, Facebook, and Twitter pages! Don’t forget to sign up for our free weekly Newsletter here, the latest 3D printing news straight to your inbox! You can also find all our videos on our YouTube channel.