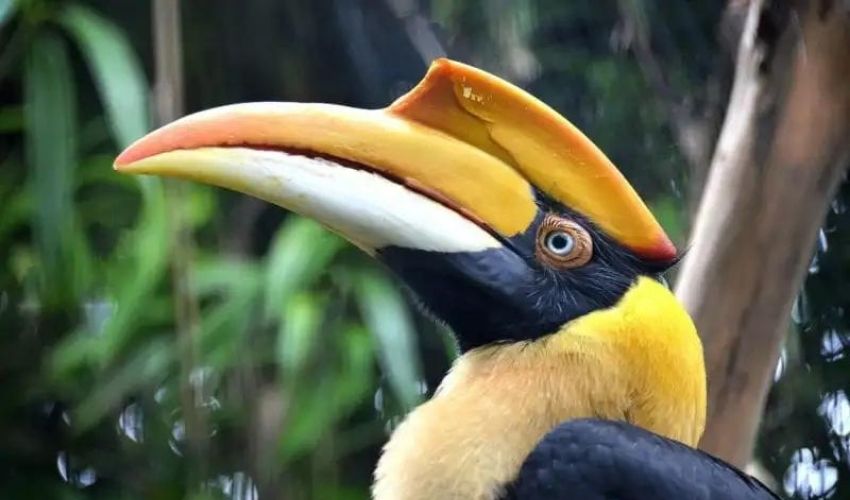 Additive manufacturing has already proven to be a valuable asset to the medical department on countless occasions. In some cases, its use can even help to save lives, like in the recent case of Crescent, a Great Indian Hornbill from ZooTampa in Florida, shows. Doctors using Formlabs’ BioMed White Resin were able to create a 3D printed prosthetic beak in order to save the bird from a fatal cancer.

The story starts when caretakers at the Tampa Zoo first noticed a lesion on Crescents casque, which is the distinctive helmet-like portion on the upper beak. It was later discovered that the 25 year old bird had developed what veterinarians believed to be a squamous cell carcinoma. This is a common skin cancer also found on humans. While animals from this endangered species have a predisposition to this particular disease, a diagnosis is most of the time fatal. The veterinarians soon came to the conclusion that the only way to save her life was to get rid of the infected section of the beak entirely. By removing that area of the casque however, the then missing part would be leaving a big hole, resulting in her sinuses staying exposed. 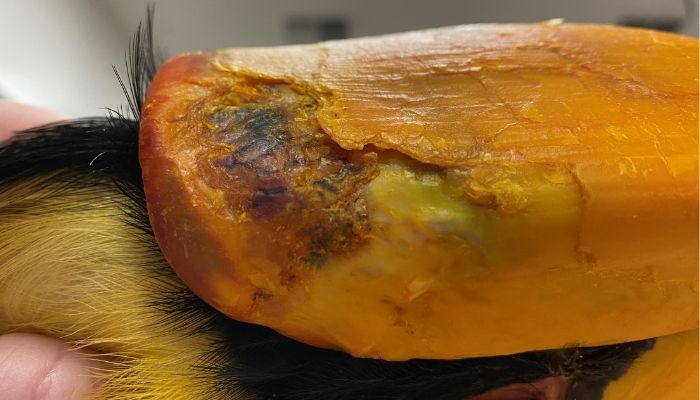 In an effort to save Crescent, the veterinarians of ZooTampa turned to the University of South Florida (USF) medical team for help. Dr. Summer Decker, Director of 3D Clinical Applications at USF’s Radiology Department came up with the idea of 3D printing a prosthesis of the missing part. Already having used 3D printing for human prosthetics, Dr. Decker was convinced it would have the same positive outcome if used on the oversized bird.

In an amazing collaborative project, involving hospital physicians, veterinarians and biomedical engineers, the teams put together a complex plan to save the birds life. Before the actual surgery, the USF radiology team made CT scans of the casque to be able to 3D print an exact fitting prosthetic for Crescent. In addition, the scans were also used to develop and print a surgical guide, which made the procedure easier for the doctors performing the surgery. Following that, the surgeons took to the challenging task at hand, removing the tumour from the beak. In the next step, the doctors applied the 3D printed prosthetic using dental acrylic, before safely securing it with titanium screws. 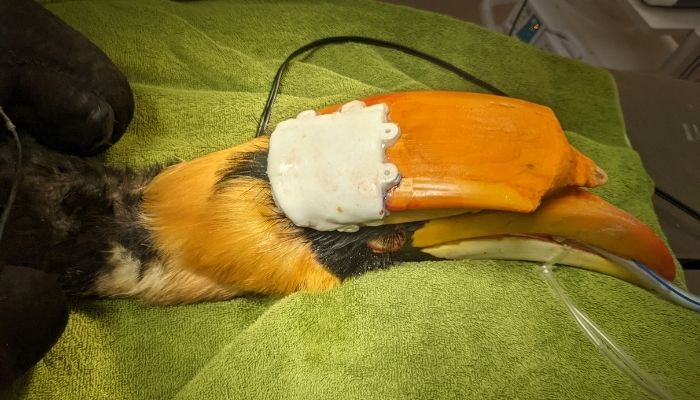 Formlabs’ New Material Was Used in the Prosthetic Beak

To ensure the optimal use of 3D printing technology, the medical team got in contact with the specialists at Formlabs. The company, known for its leading role in the 3D printing industry, gladly contributed to the mission, providing technologies as well as a new special compatible material. Named BioMed White resin, the just recently developed material, which at the time had not even been officially released yet, proved to be optimal for the unique situation.

In order to be allowed in prosthetics or other 3D printed examples used on a living subject, the material has to fit exact standards. This particular high quality material, which is now also USP Class VI certified, provides high performance, biocompatibility and long term stability, all which is very important to ensure safe and long lasting results. It is furthermore designed for applications where opaque materials are preferred and functionality or aesthetic quality is demanded. These qualities made it optimal for the surgery, helping to contribute to its success. 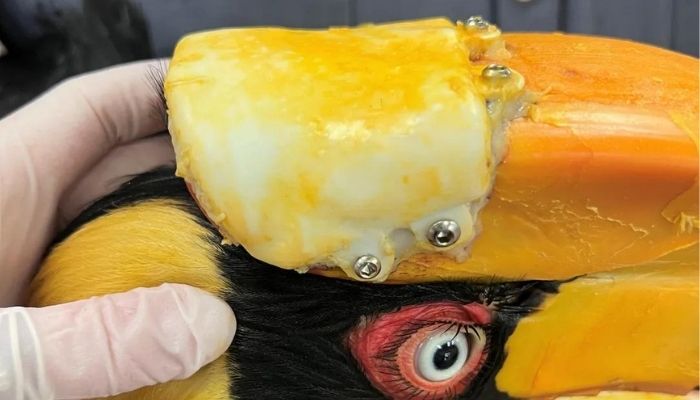 Not long after the completed surgery, Crescent quickly recovered and has now gone back to her normal behaviour. The doctors were also pleased to see that she does not seem to think that the the prosthetic is abnormal, acting as healthy as ever. This specific procedure is the first of its kind performed in the United States, and the second in the entire world, being yet another great demonstration of how additive manufacturing can make our lives better. To find out more about Formlabs and it’s new biocompatible resin, you can visit the companies website HERE.

What do you think of the 3D printed beak prosthetic? Let us know in a comment below or on our Linkedin, Facebook, and Twitter pages! Don’t forget to sign up for our free weekly Newsletter here, the latest 3D printing news straight to your inbox! You can also find all our videos on our YouTube channel.