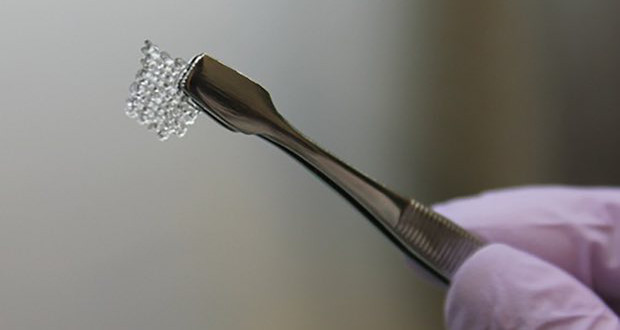 Advances in 3D printing have hit across many sectors, transforming old ways of manufacturing into a new revolutionary one. One of these sectors to see major growth has been the 3D bioprinting sector, bringing us innovations that are helping to fuel our movement into the future, such as with the 3D printing of human cartilage tissue and the 3D printing of organs and simulation models.

Yesterday, scientists at Northwestern University in Illinois have made headway in what could be a revolutionary solution for women, and for  3D printing. This new innovation comes in the form of a 3D printed biosprosthetic ovary, a potential new chance for millions of women around the world who are affected by infertility due to cancer. 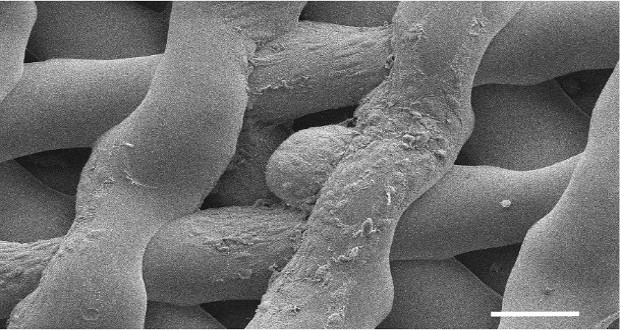 To create their biosprosthetic ovary, researchers commissioned the use of 3D printing technology. In order to create the ovaries, scientists used gelatin ink made from collagen that is naturally found in animal ovaries, and a 3D printer that incorporates a nozzle that is specifically adapted for gelatin. The scientists then proceed to print, layer-by-layer, a porous scaffold that would house the egg cells. Once printed, scientists punched 2-millimeter circles through the scaffolds and implanted 40-50 follicles, also known as the fluid-filled sacs that contain immature egg cells, into each one.

To test their bioprosthetic ovaries, scientists implanted them into seven different infertile mice, which were then left to mate. In the end, scientists saw promising results with three out of the seven mice giving birth to healthy litters of one to two pups. In addition to this, the mice were able to lactate naturally; giving proof that the follicles embedded in the scaffolds produced normal levels of hormones. 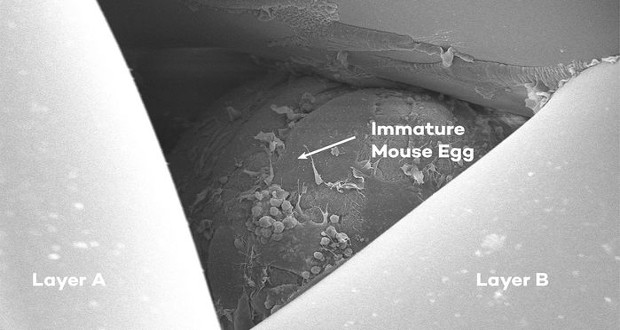 An immature mouse egg inside the layers of the gelatin scaffold. 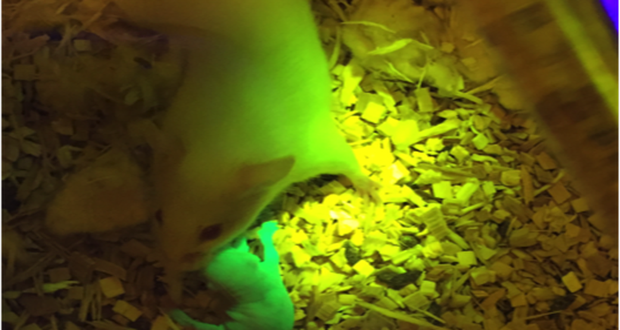 A photo of a mouse who was implanted with the bioprosthetic ovary with a baby who was born thanks to it. Photo// Northwestern University

Although their results center around mice, the scientists are hoping that these bioprosthetic ovaries may be the answer for women around the world who have survived childhood cancer, which has left them infertile. Monica Laronda, the laboratory director, explained that they “we’re thinking big picture, meaning every stage of the girl’s life, so puberty through adulthood to a natural menopause.”

As of right now, implanting these ovaries into humans is not something we may see in the near future. This is because it is still unsure if this method will work on humans, as human follicles are much larger and grow rapidly until they are visible to the naked eye. Regardless of this, this new method may hold a lot of promise and hope for the future of women’s health.

To learn more about this project, check out the video below:

If you’re interested in reading the researchers findings, you can read it here.

What do you think this could mean for the future of women? Let us know in a comment below or on our Facebook and Twitter page!