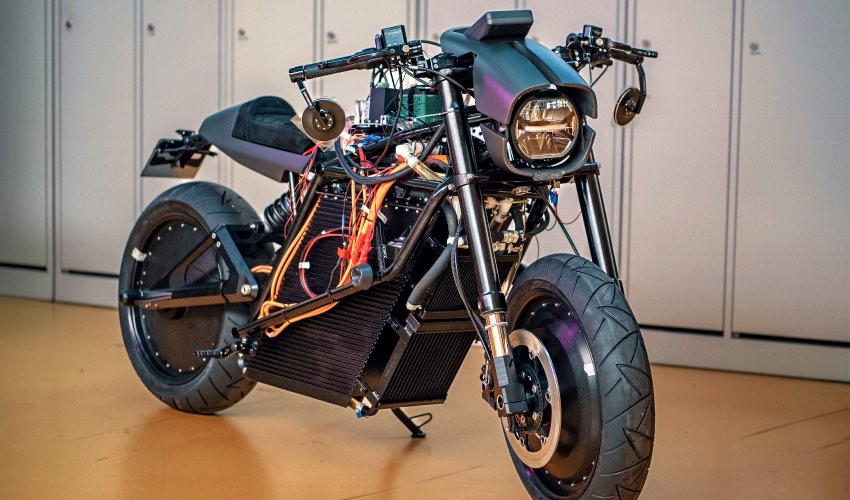 Nowadays, additive manufacturing is often used to create parts for all kinds of vehicles, be it a sports car, a bicycle, or an aircraft. The latest news is about a project that aims to change the mobility of tomorrow by making it more sustainable. It is led by students from ETH Zurich and is called ETHEC city. To face the challenges of climate change and sustainability, the team developed a 3D printed electric motorcycle with an ingenious two-wheel drive that saves energy and improves the range.

The technical lead of the ETHEC city project, Tobias Oesch, studies mechanical engineering at the ETH Zurich. His team took up the challenge to develop a prototype of a 3D printed electric motorcycle in just one year – from concept to construction, assembly, and testing. Tobias was motivated to tackle one of today’s main issues of the automotive sector: sustainability. «Motorcycles are more efficient than common cars, but we barely see all-electric motorcycles on our streets – that has to change.» 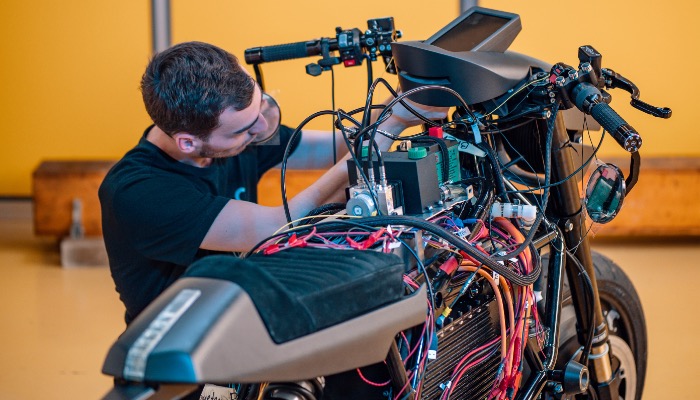 The casing of the front display was 3D printed with SLS. (All image credits: Sintratec)

In common motorcycles around 80% of the energy is lost right at the front wheel, which leads to electrical vehicles with significantly shorter ranges. Therefore, the ETH Zurich team decided to integrate an electric motor in the front wheel as well, so that it can be used as a generator to recuperate the whole movement energy back into the system again! By recovering the braking power with a two-hub motor, it becomes possible to reach longer distances with a smaller battery, thereby drastically improving the efficiency of the motorcycle. For the students, the project is part of a bigger picture: “The ETHEC city is primarily a research prototype for us to investigate this recuperation method and thus improve the e-mobility sector in the future.”

More freedom thanks to 3D printing

With a small budget and a tight schedule to construct the motorcycle, conventional manufacturing methods soon turned out to be unsuitable for the team, especially since they only needed single work pieces and not a thousand parts. The team decided to use Stereolithography (SLA), Selective Laser Sintering (SLS) and Selective Laser Melting (SLM) to 3D print several design parts of the casing but also structural components such as the mounting of the foot pegs. Tobias emphasizes the degrees of freedom the students gained by implementing these technologies: “With 3D printing you can build more complex structures, which gives you the possibility to combine several functions into one part”. Fewer parts mean lower costs and more importantly less weight – a key advantage, especially for vehicles! 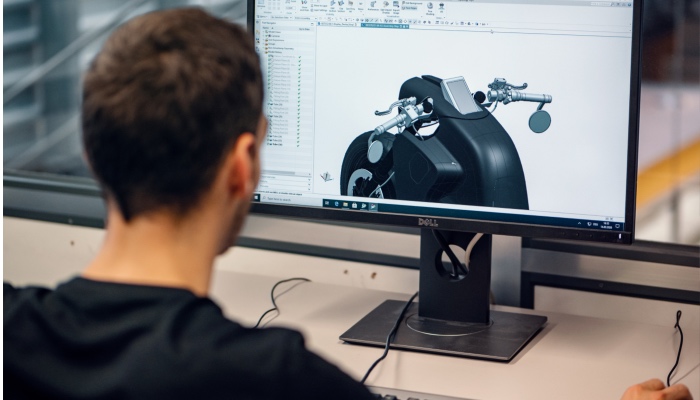 ETHEC city was developed as a research prototype to improve the drive of future electric vehicles.

Laser sintering as a driving force

Constructed to work as end-use parts, the requirements for the 3D printed objects were high: apart from being lightweight, they also had to be durable and strong – material properties that apply well to Selective Laser Sintering. When the students began looking out for partners, the Swiss based manufacturer of SLS 3D printers, Sintratec, decided to sponsor several components to support the project. Subsequently, parts such as the casing for the display or the fuel filler flap were 3D printed on the Sintratec S2 system using Sintratec PA12 nylon powder – with convincing results. The display case in particular had to be durable enough to be protected against the weather, strong enough to sustain mechanical impacts, and also robust enough to be used without deforming it. The SLS components fulfilled all of the requirements. 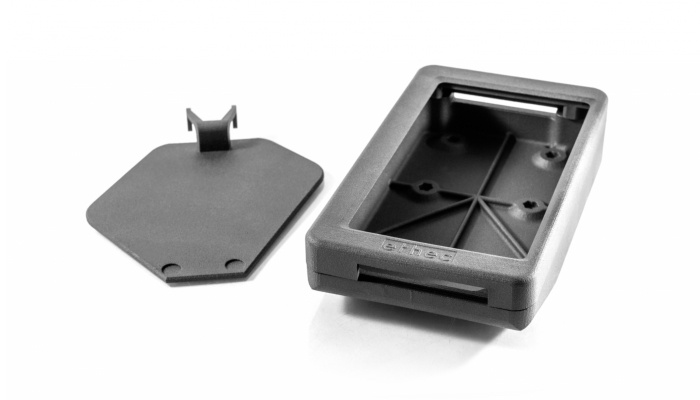 The 3D printed fuel filler for the motorcycle.

After painting, the ETH Zurich team assembled the Sintratec parts and is now close to finishing their prototype. Tobias summarizes: “In my opinion, the SLS technology definitely has a place in the automotive sector. It will play an important role especially in prototyping and developing vehicles for the future!” A future of mobility, that hopefully will be shaped by projects like ETHEC city.

What do you think about the 3D printed motorcycle by students from ETH Zurich? Let us know in a comment down below or on our Facebook and Twitter pages! Don’t forget to sign up for our free weekly Newsletter, with all the latest news in 3D printing delivered straight to your inbox!