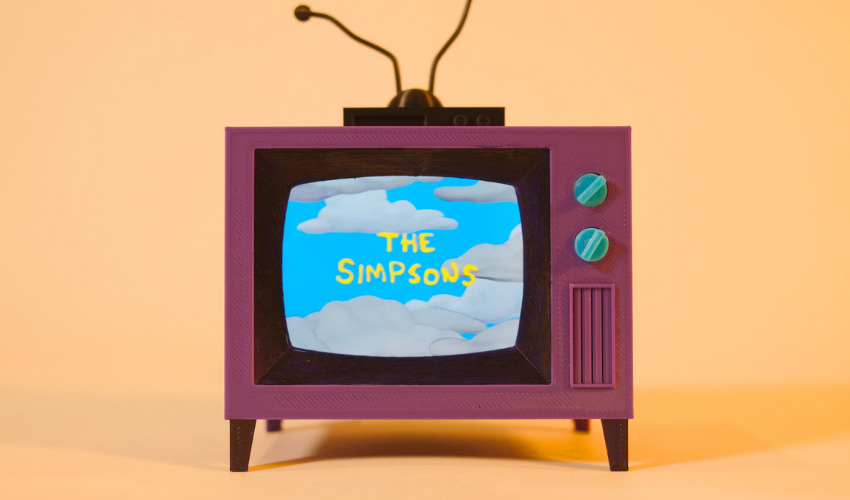 Although it may be difficult to believe, this maker project is not science fiction. Reddit user Brandon Withrow, has combined 3D printing and Raspberry Pi to create a 3D printed mini TV capable of playing the first 11 seasons of The Simpsons cartoon series—without the need for the internet! Fashion after the television that appears in the living room of the animated series, the mini TV has two buttons on the top right side—one to switch the TV on and off, and the other to regulate the volume. The 3D printed mini TV has undoubtedly already revolutionized the maker community, and many users have followed Withrow’s footsteps to create their own monitor.

As we have seen on numerous occasions, pairing a Raspberry Pi with 3D printing is a safe bet. In fact, it is one of the best combinations that is widely used in the maker community today. It allows creative minds to be unleashed by developing original projects that, in most cases, turn out to be the most practical and functional for projects like tablets, telescopes, fans, and even music speakers that users have developed. Let’s now see how both technologies have been integrated into this original maker project. 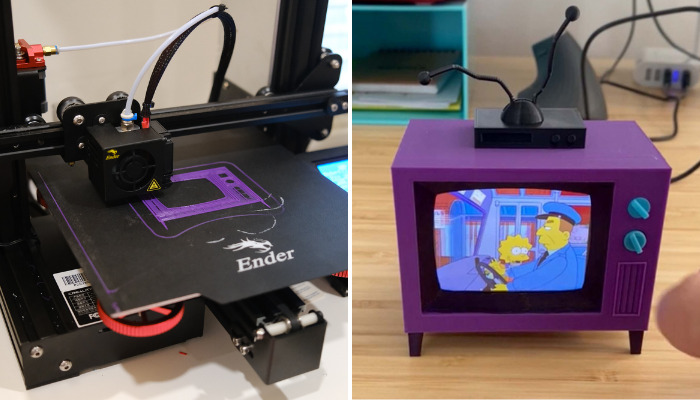 In the manufacturing guide, the author explains the components that he has used, as well as all the steps to follow to create the mini monitor. Specifically, he used a Raspberry Pi Zero, the smallest and cheapest version of this type of device. This board is responsible for running the so-called Raspbian Jessie Lite, the operating system that plays the chapters of the series. The device is connected to a TFT screen with a resolution of 640 x 480 pixels, which is a really amazing size. To create the mini TV, the user-designed the models and parts in 3D using Fusion 360 software. He later used the Creality Ender 3 Pro 3D printer to manufacture each of the TV’s parts. But how is it able to play the episodes non-stop?

Withrow explains that the episodes were specifically compressed to fit the screen measurements, and then copied to an SD card. In this way, when the Raspberry Pi is turned on via the USB port located on the back, the TV starts playing a random episode. Once this ends, a new random episode begins. Would you like to 3D print your own mini TV? You can find the build guide HERE. 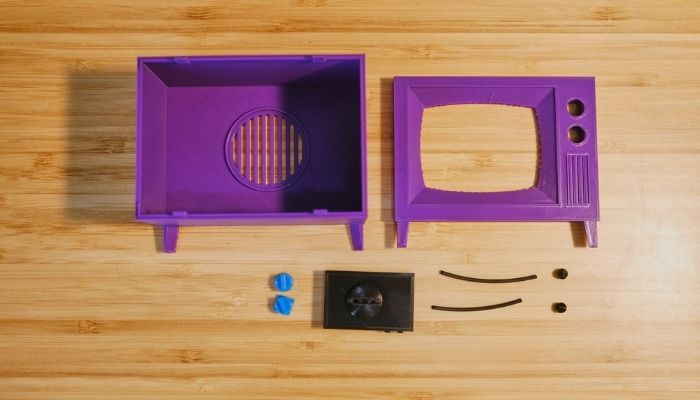 What do you think of this 3D-printed TV? Let us know in a comment below or on our Facebook and Twitter pages. Don’t forget to sign up for our free weekly newsletter, with all the latest news in 3D printing delivered straight to your inbox!