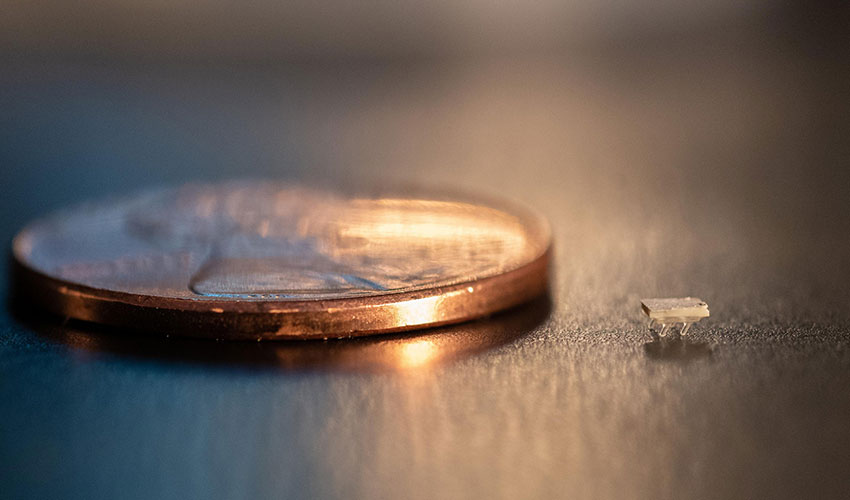 Researchers from the Georgia Institute of Technology have created a new type of 3D printed robot. It is about two-millimeters long, the size of the world’s smallest ant and has been 3D printed using two-photon polymerization lithography (TPP). These 3D printed micro robots are vibration-powered, they respond to piezoelectric actuators, ultrasound sources and even tiny speakers in order to move.

As you might have noticed, there has been an emergence in micro scale 3D printing over the last months. Recently, we told you about Nanofabrica – the startup announced the commercial launch of micron resolution 3D printing technology in March. The CEO of Nanofabrica had explained, “There is an inexorable shift towards miniaturisation, with many applications demanding extremely exacting levels of micron and sub-micron precision on macro and micro parts and there is huge potential for an AM platform that can service this trend.” We also reported on Nanoscribe’s two-photon polymerization (2PP) technology, that enables nano, micro and mesoscale fabrication. 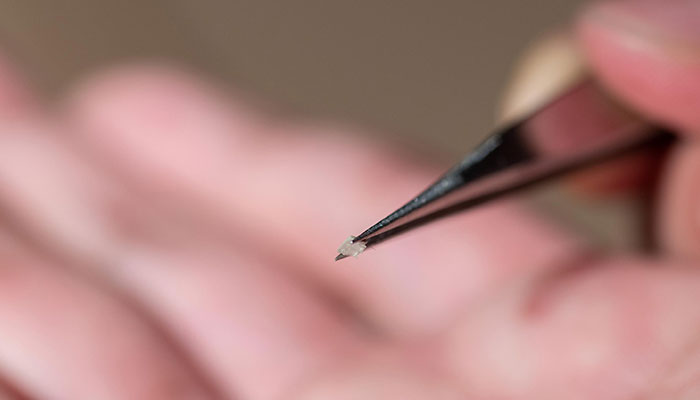 So, what is the purpose of these tiny robots? Apparently, they could serve for many applications. For example, swarms of them could work together to sense environmental changes, move materials, or perhaps even repair injuries inside the human body. Azadeh Ansari, an assistant professor in the School of Electrical and Computer Engineering  at Georgia Tech explains, “We are working to make the technology robust, and we have a lot of potential applications in mind. We are working at the intersection of mechanics, electronics, biology and physics. It’s a very rich area and there’s a lot of room for multidisciplinary concepts.”

The researchers explained that these ‘micro-bristle-bots’ respond to different vibration frequencies depending on their configurations, therefore by adjusting the vibrations, they can control individual bots. “As the micro-bristle-bots move up and down, the vertical motion is translated into a directional movement by optimizing the design of the legs, which look like bristles,” explained Ansari. “The legs of the micro robot are designed with specific angles that allow them to bend and move in one direction in resonant response to the vibration.” 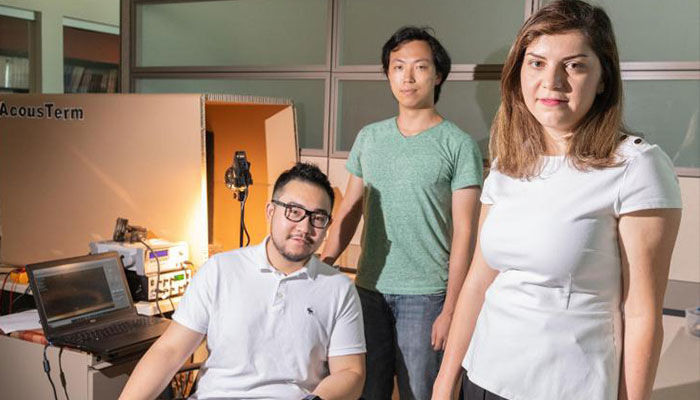 Georgia Tech researchers Azadeh Ansari, DeaGyu Kim and Zhijian (Chris) Hao are shown in their laboratory. The chamber in the background is used to test the micro-bristle-bot | Credits: Allison Carter, Georgia Tech

Ansari also explained that other researchers have worked on micro robots that use magnetic fields to produce movement. While that is useful for moving entire swarms at once, magnetic forces cannot easily be used to address individual robots within a swarm.

The researchers are still running tests, and determining the potential applications of these micro robots. Ansari concluded, “We can look at the collective behavior of ants, for example, and apply what we learn from them to our little robots. These micro-bristle-bots walk nicely in a laboratory environment, but there is a lot more we will have to do before they can go out into the outside world.”

What do you think of this new research from Georgia Tech? Let us know in a comment below or on our Facebook and Twitter pages! Don’t forget to sign up for our free weekly Newsletter, with all the latest news in 3D printing delivered straight to your inbox!

Simplify3D, a slicer for professionals?