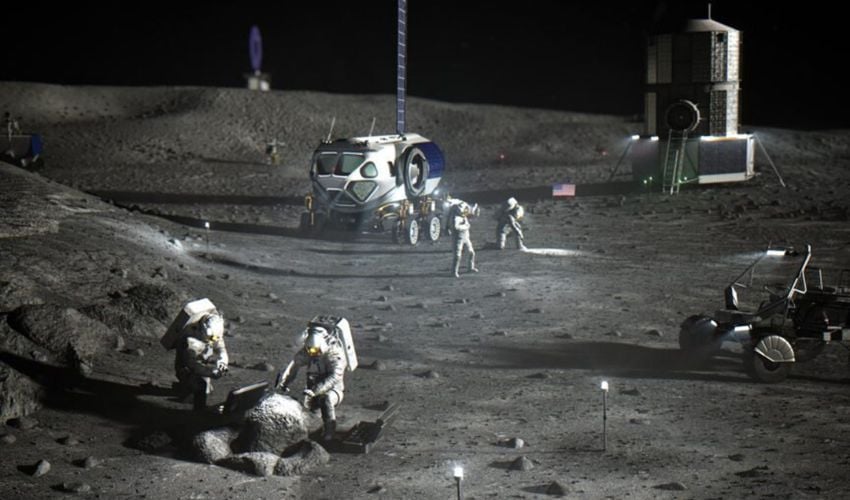 Since the first space flight in the 1960s, humankind has dreamed of not just visiting the stars but of residing among them. Though living on the Moon or Mars might seem like science-fiction, it is actually something that is being actively worked towards by a number of organizations and 3D printing may be one of the keys to its success. And now it may be one step closer to feasibility. Researchers at the University of Central Florida have successfully created 3D printed bricks that could be used to construct bases on the Artemis Base Camp made out of lunar regolith and saltwater.

This is certainly not the first time that efforts have been made to use 3D printing for housing in space. In fact, there are a number of projects that are currently ongoing testing. This includes Redwire’s testing on the international space station to determine whether lunar regolith, or the soil and rock deposits on the surface of the Moon could be used to create habitations, NASA’s current work with AI Space Factory on a 3D printed lunar habitat and Washington State University’s research into 3D printing on Mars. However, up to this point it has been relatively hypothetical. This is one of the first projects to show that regolith bricks are able to withstand the extreme environments that are found in outer space. 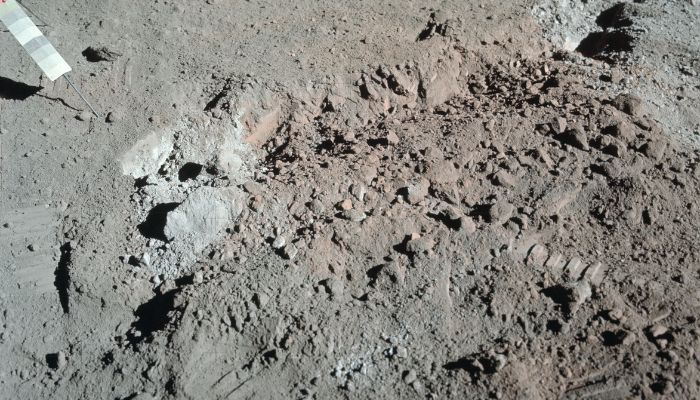 Lunar regolith consists of loose rocks, dust and materials found on the surface of the Moon (photo credits: NASA)

The study Effect of sintering temperature on microstructure and mechanical properties of molded Martian and Lunar regolith was published in a recent issue of Ceramics International and was undergone by researchers from a team led by Associate Professor Ranajay Ghosh from UCF’s Department of Mechniacal and Aersopace Engineering. The lead author is Peter Warren, a research assistant, but co-authors include Nandhini Raju, Hossein Ebrahimi, Milos Krsmanovic and aerospace engineering professor Seetha Raghavan and Jayanta Kapa. They sought to discover whether a fixed Artemis base camp on the Moon could be constructed from these 3D printed lunar regolith bricks.

To create the bricks, the team turned to binder jetting with a binding agent made out of saltwater and powder made from regolith from UCF’s Exolith Lab. Binder jetting was the perfect technology as it is uniquely suitable for ceramic-like materials that are difficult to melt with lasers. Ghosh further notes that this gives it enormous potential for regolith-based extraterrestrial manufacturing. Though the initial green parts were relatively weak, after being baked at heat of up to 1200 degrees Celsius the bricks were sufficiently strong for their purpose. 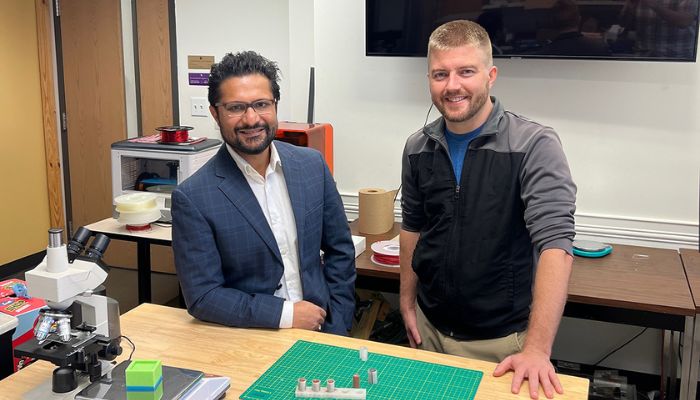 And the results are certainly promising. The researchers found that the resulting cylindrical bricks were able to withstand pressure that was up to 250 million times the Earth’s atmosphere. This suggests that binder jetting could be used in the future for the construction of materials and structures in space. Most importantly, it demonstrates that off-world structures would be able to be built using resources found in space. By opening up this path, future missions could reduce the need to take up valuable space and weight limits by transporting building materials, making habitation much more likely.

Ghosh concludes, “This research contributes to the ongoing debate in space exploration community on finding the balance between in-situ extraterrestrial resource utilization versus material transported from Earth. The further we develop techniques that utilize the abundance of regolith, the more capability we will have in establishing and expanding base camps on the moon, Mars, and other planets in the future.” If you would like to learn more you can purchase the full study HERE

What do you think of these 3D printed lunar regolith bricks? Let us know in a comment below or on our LinkedIn, Facebook, and Twitter pages! Don’t forget to sign up for our free weekly Newsletter here, the latest 3D printing news straight to your inbox! You can also find all our videos on our YouTube channel.