3D printing news News Thanks to 3D printing, you can now build a home in just 24 hours

Thanks to 3D printing, you can now build a home in just 24 hours 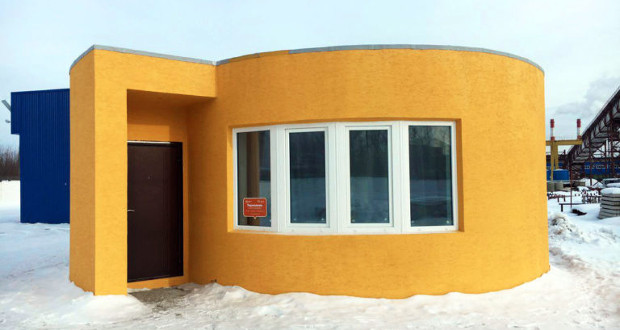 Have you ever dreamed of owning a fully functioning low-cost home? Well now you can and it’s all thanks to 3D printing technology. In Moscow, a Russian manufacturer of concrete 3D printers has taken on the next movement in the 3D printing world: 3D printing an entire house. The printing itself happens in just 24 hours, and occurred under extremely cold conditions and has seen a surge of excitement for their projects grow across social media and news outlets.

Apis Cor is a manufacturer of 3D printers that are specifically designed to build large concrete structures. The machines are mobile and are able to be installed in as little as 30 minutes on site. Their printer’s removable arm can move in all directions, giving it them flexibility it needs to complete the homes in an easy and quick manner. It is for this reason that this technology is used within the building sector. An example of this can be seen in France with the French company Habitat 76. By teaming up with the XTreeE startup, they were able to build an entire studio for students printed using the 3D printing technology.

What differentiates Apis Cor’s machines from others is their ability to manufacture the interior and exterior of the structure and not just the foundation. By using a removable arm, it guarantees that the printer has the flexibility it needs to move around the structure, with an extruder that pivots on two levels, giving it better speed.

It is important to keep speed in mind when talking about Apis Cor. While most are familiar with the speed of 3D printing and the time it takes, in the case of Apis Cor, a mere 24 hours is all it took to build this house. A remarkable feat, especially since it was built in one of the coldest periods of the year in Russia, imposing a major challenge, not only for those working but also for the machine. Because concrete is used in the building process, the team needed to ensure proper heating was provided, as it is imperative for the concrete (a minimum temperature of 5C is needed). To achieve this temperature, the team mounted a large tent over the printer as well as the structure it was building. Through Apis Cor’s demonstration, they were able to show the versatility of the machine in terms of operating in temperatures as low as -31°F (-35°c). 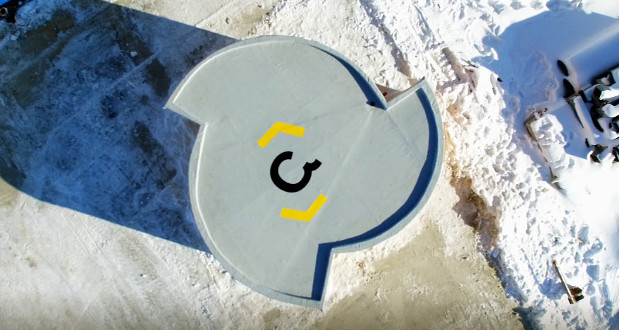 The roof of the house was designed to be perfectly flat and was painted with a polymer coating. Solid plates were added on top in order to isolate the entire structure. By incorporating a flat roof, it will give it the support needed to support heavy snowfall and protect it overall from the elements. To furnish the house, Apis Cor worked with Samsung. The electronics giant provided all of the appliances such as the refrigerator, oven, dishwasher, and microwave. They also included a curved TV that conforms to the shape of the walls. With the success of this project, we are sure to hear more revelations from this company in the future and are excited to see what lies ahead.

To learn more about this project, watch the video below:

What do you think of Apis Cor and their 3D printed home? Let us know in a comment below!