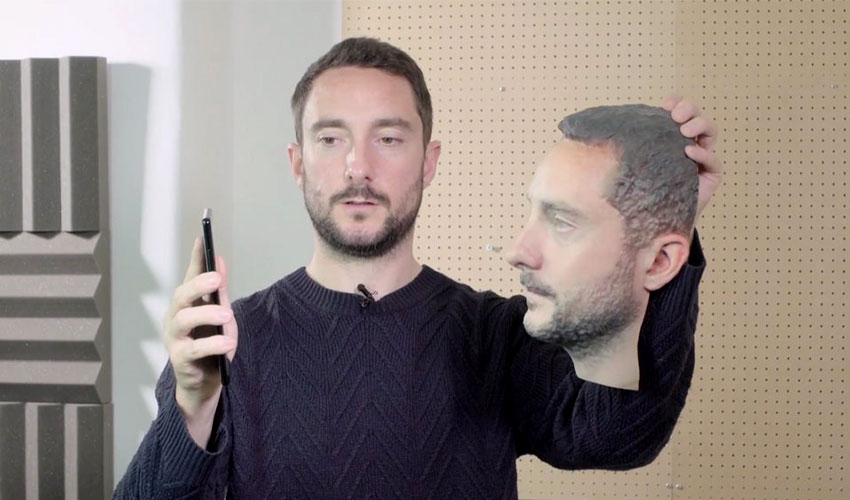 The renowned Forbes reporter, Thomas Brewster, demonstrated not long back that the facial recognition systems of the most well-known brands of smartphones are not as impenetrable as they might claim. To prove it he used a 3D printed head modelled after him.

The development of the printing was done through the company Backface in Birmingham, the United Kingdom. Where 50 cameras were used to scan Thomas and get a 3D model with all the details of his face. In just a few days for the manufacture of the model through powder binding technology, and with £ 300 less in the pocket the reporter had a life-size replica of his head.

How does a 3D printed head fool the best operating systems?

When Thomas had his 3D printed head in hand, he decided to test some of the smartphones on the market. Which are considered to have some of the high security facial recognition system. They tested phones like the Samsung Galaxy S9, OnePlus 6, Galaxy Note 8 and LG G7 ThinQ, and the iPhone X. The phones with Android operating system were easily fooled. The iPhone was the only one that fully showed a non penetrable potential in the test. 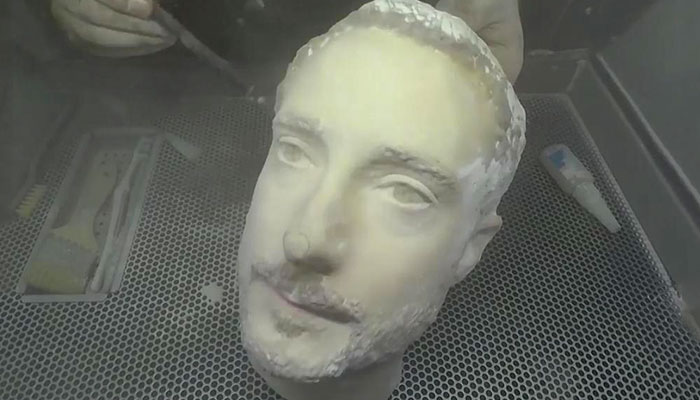 Impression of the face of the journalist. Source: Forbes

The reason why? They explain that the 3D printed head works on some devices and not on others do to the quality and speed of the recognition systems. Such as Apple using the system FaceID, which in depth maps the user. On the contrary, other phones with Android operating system completely depends on the device’s selfie camera. As well as the recognition process being faster, which compromises on the actual scanning security.

Brewster revealed that none of the phone makers achieved the same level of security and accuracy as Apple. He says companies like LG and Samsung even post warning messages that suggest facial recognition on their devices may not be as secure as using a PIN, password or pattern. So, for those Android users of whom security is more important. It is better not to use facial recognition at all, but to keep the password / PIN lock. 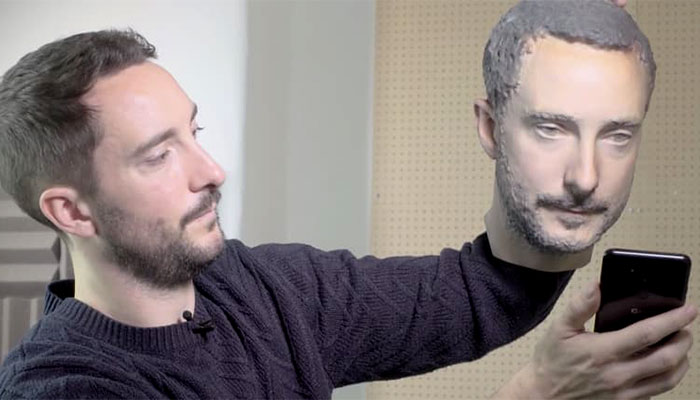 “Focus on the secret aspect, which is the PIN and the password,” said Matt Lewis, research director of cybersecurity contractor NCC Group. “The reality with any biometrics is that they can be copied. Anyone with enough time, resource and objective will invest to try and spoof these biometrics.“

You already know, to avoid that anyone can 3D print your head and access all your data. So it will never hurt to use a password as well. Find the full article and the test on the official Forbes website HERE.

What do you think about the possibility of infiltrating a phone with a 3D printed head? Let us know what you think in a comment below or on our Facebook and Twitter pages! Don’t forget to sign up for our free weekly Newsletter, with all the latest news in 3D printing delivered straight to your inbox!