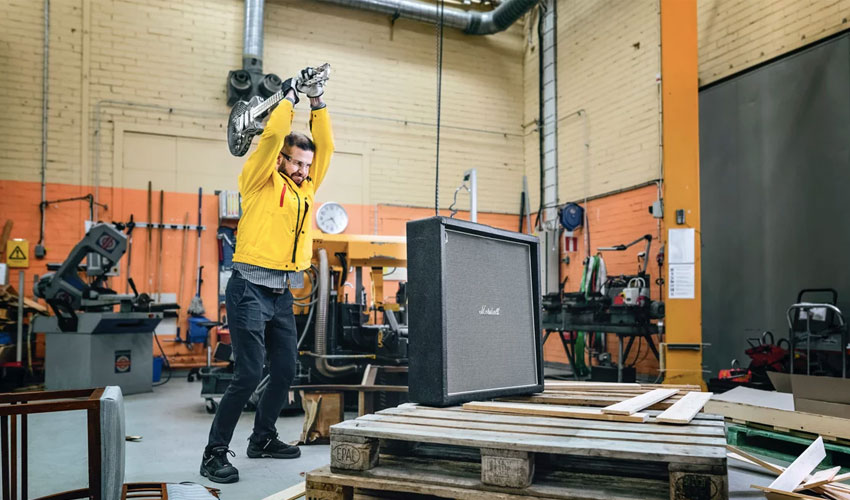 Sandvik, an expert in metal additive manufacturing, has developed an original 3D printed guitar: it is apparently unbreakable. No matter how much force the musician uses to smash it against the ground, it should not break. Guitar smashing, which began to appear on stage in the 1960s, is an integral part of the artists’ show and is an iconic image of rock & roll. Imagine a guitar that can’t break despite trying: this would be surprising on stage to say the least! This is the idea behind Sandvik’s project that used additive manufacturing to design an unsmashable guitar.

3D printing and music go hand in hand: new technologies are nowadays used in the design of original instruments, pushing the limits in terms of design, but also creating more powerful speakers and all types of accessories. 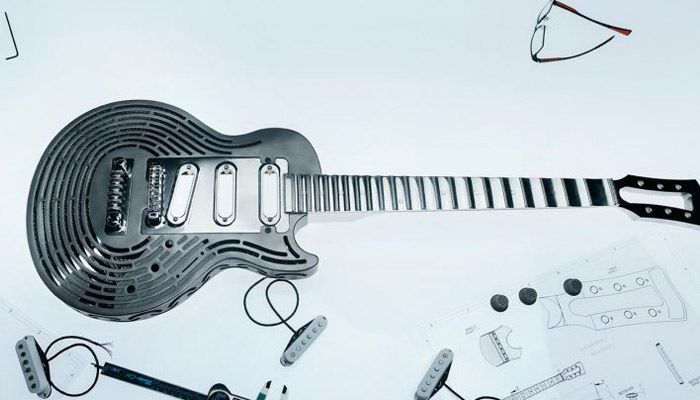 The unbreakable 3D printed guitar was designed by Swedish guitarist Yngwie Malmsteen and then carried by Henrik Loikkanen, machining process developer at Sandvik Coromant, who also plays the guitar. He adds: “We had to design a guitar that is unsmashable in all the different ways you can smash a guitar. The engineering challenge was that critical joint between the neck and the body that usually cracks on a guitar.” To overcome this problem, Sandvik’s engineers explain that they eliminated the joint between the neck and body. Instead the neck and fretboard of the guitar were milled together from solid bars of recycled stainless steel. The two parts then extended into a kind of rectangular knot, penetrating deeply into the guitar body.

A manufacturing process that required engineers to perform numerous checks: they had to ensure that the neck and frets would not break on impact – the team says that these types of long, slender components are more susceptible to distortion. Apparently, they used advanced simulation software to digitally understand the manufacturing process and ensure its success. 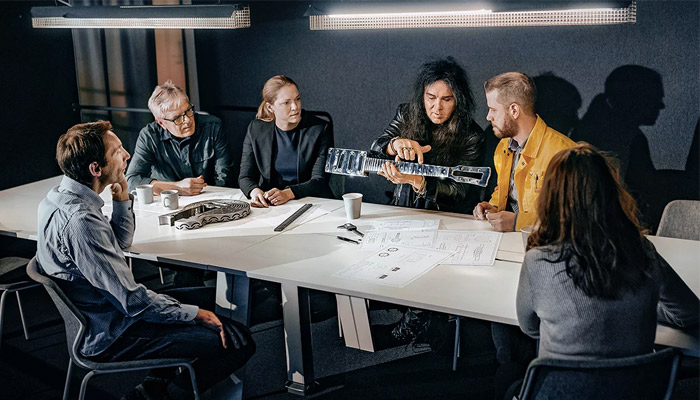 The use of 3D printing

The second challenge was to create the body of the guitar: it had to be very solid while remaining light enough. Sandvik therefore used metal additive manufacturing, including powder bed fusion technology, to design the case from titanium powder. Amélie Norrby, additive manufacturing engineer at Sandvik explains, “Additive manufacturing lets us create lighter, stronger and more flexible components with internal structures that would be impossible to mill traditionally. And it’s more sustainable because you only use the material you need for the component, minimising waste.” 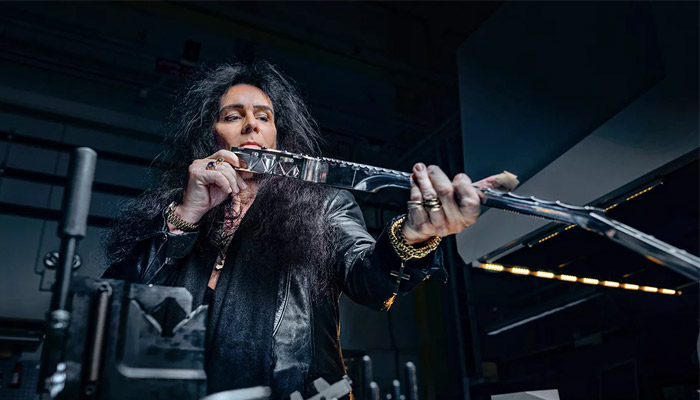 Once these two critical parts were made and assembled, guitarist Yngwie Malmsteen was able to test it during a concert in Florida. After many attempts, the musician could not break the guitar! He even said: “This guitar is a beast! The result is amazing. I gave everything I had, but it was impossible to smash.” You can find more information HERE and watch part of Yngwie’s concert below:

What do you think of this unsmashable guitar? Let us know in a comment below or on our Facebook and Twitter pages. Don’t forget to sign up for our free weekly Newsletter, with all the latest news in 3D printing delivered straight to your inbox!