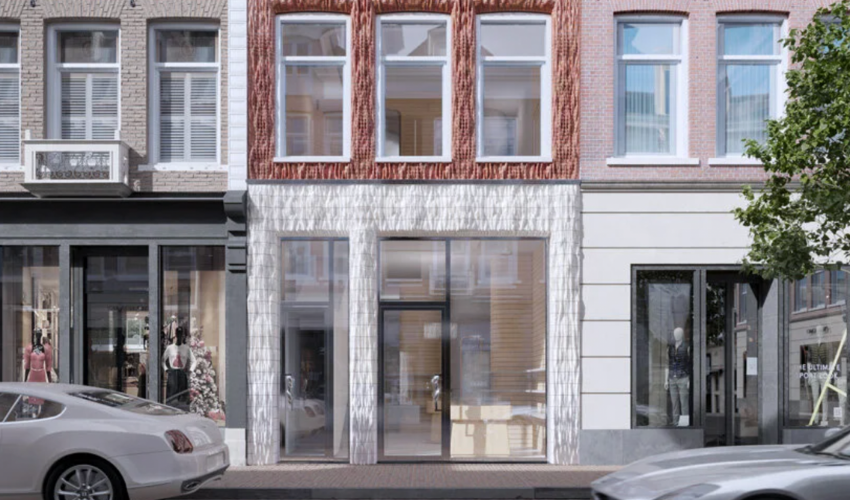 In the Netherlands, traditional craftsmanship has met innovative technology in an unexpected place. Rotterdam-based studio RAP has taken on the task of designing a façade for a boutique in Amsterdam. And this is not just any boutique, but a luxury boutique in the popular shopping street P.C. Hooftstraat. The façade itself, which is currently still under construction, was produced entirely using additive manufacturing. Soon, ceramic tiles and red bricks from the 3D printer will give the facade a new shine. The design not only replicates the original façade, but also fits perfectly into the overall concept of the shopping street.

studio RAP is an architecture firm that focuses particularly on innovative digital manufacturing methods. This made it a clear choice for the Dutch company to consider the usage of additive manufacturing in the creation of this façade. The goal was to be able to design, manage, build and improve architecture in an innovative way. In doing so, the architecture firm hopes to inspire people around the world with the contemporary expression of digital craftsmanship through its state-of-the-art manufactured façade, which is scheduled for completion in the summer of 2022. The use of additive manufacturing thus also makes it possible to reinterpret historical classics in an exciting way. What’s particularly exciting is that the algorithmically designed façade is being made in-house at studio RAP using a large-format 3D printer from manufacturer KUKA. 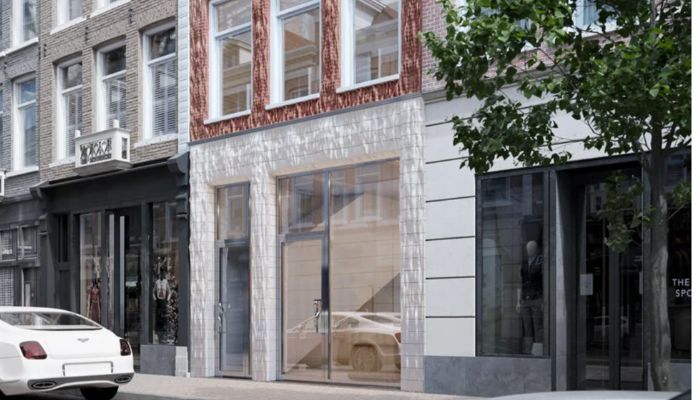 The design of the 3D-printed facade is strongly reminiscent of a knitted look, like that of clothing. No wonder that thus the entire building is particular eye-catching for passers-by, strongly differentiating itself from surrounding houses. For the production, the method of ceramic 3D printing was adopted. What many do not know: Ceramics are widely used as a material in Amsterdam. Accordingly, the use of ceramics refers not least to the nearby Rijksmuseum, which houses a large collection of ceramics from all over the world. It is possible that the façade of the luxury boutique will also soon be part of this collection.

The facade of the lowest floor, where the boutique is located, shines not least because of its ceramic tiles glazed in pearl white. The shop windows of the boutique were set back to the inside. For this reason, ceramic tiles measuring approximately 40 x 20 centimeters decorate this section between the shop window and the front of the facade. These 3D-printed tiles begin plainly at the base of the facade and become more expressive as they go up. In addition, this floor of the building has a total of 3 four and a half meter high columns as well as an architrave that acts as a horizontal support beam. 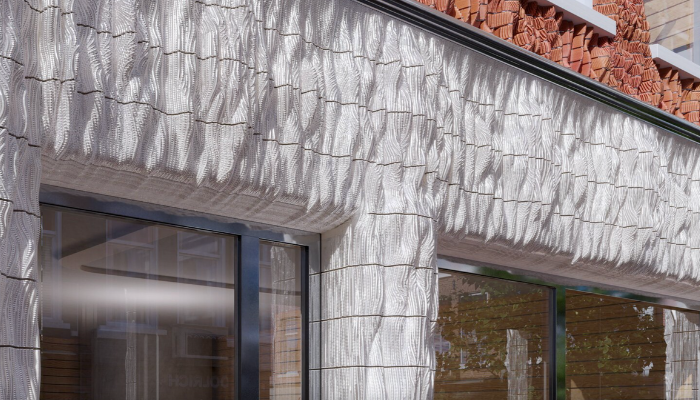 Pearl white tiles and bricks in 3 shades of red adorn the new façade of the boutique (photo credits: studio RAP)

For the upper floors, studio RAP uses 3D-printed bricks that were subsequently glazed in three shades of red. The composition of the individual bricks is reminiscent of the original cross bond masonry. Unlike the first floor, the abstract ornaments of this part of the facade are most expressive at the bottom. Finally, the bricks are glued to laser-cut stainless steel cassettes so that they can be properly attached to the facade. You can learn more about studio RAP HERE.

What is your opinion about the new façade of the luxury boutique? Let us know in a comment below or on our Linkedin, Facebook, and Twitter pages! Don’t forget to sign up for our free weekly Newsletter here, the latest 3D printing news straight to your inbox! You can also find all our videos on our YouTube channel.