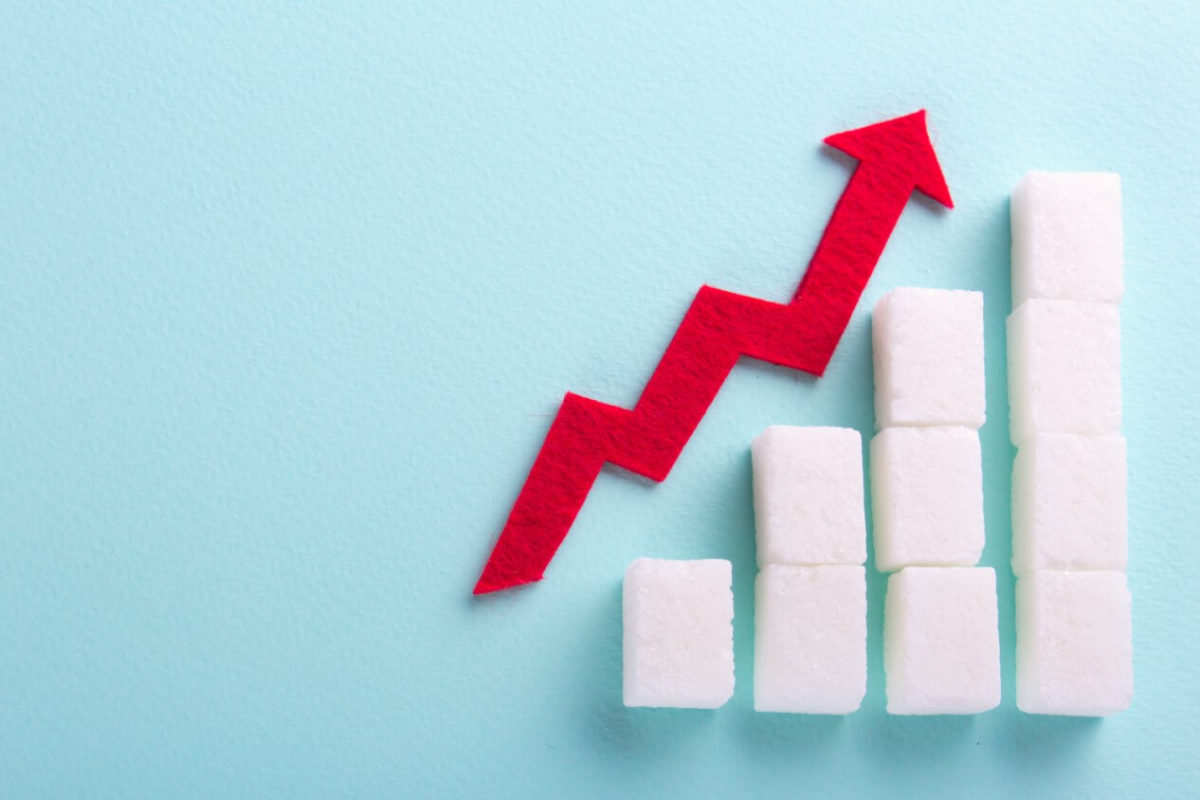 Researchers from the National and Kapodistrian University of Athens have developed a 3D printed electrochemical ring (e-ring) that enables diabetics to monitor their glucose levels from a smartphone. This allows the user to monitor their blood sugar levels just by connecting the ring to their smartphone, without the hassle that accompanies traditionally blood-sample based methods. This follows a wider increasing demand for patient-friendly and noninvasive methods, particularly wearable sensors which monitor glucose through sweat. The researchers’ endeavor to create a user-oriented solution, is reflected throughout the process as well as in their finalized product itself.

Typically, glucose levels are monitored using a blood glucose meter or a continuous glucose monitor by pricking a finger. This method can be painful which in turn can act as a deterrent, causing infrequent monitoring. This can result in an increased risk of hyperglycemia or hypoglycemia, respectively referring to too high and too low blood sugar levels. The 3D printed e-ring, however, relies on sweat to noninvasively detect glucose levels, thus encouraging more frequent monitoring. Moreover, the researchers’ focus on user friendliness is evident in their effort to develop an accessible solution. Not only can the 3D printed e-ring be connected to most Android smartphones, but it can also be 3D printed using a commercial dual-extrusion 3D printer. 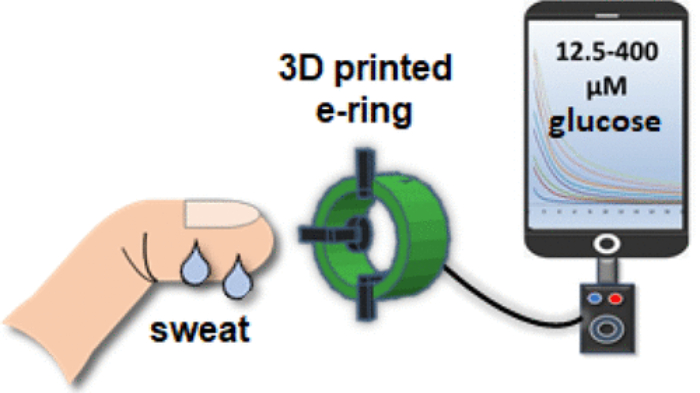 The e-ring can be connected to most Android smartphones to monitor glucose levels. (Photo Credit: American Chemical Society)

The researchers produced four prototypes using Thermoplastic Polyurethanes (TPUs) and carbon-based polylactide (PLA). Each prototype comprises three carbon-based plastic electrodes fabricated using a conductive filament. The electrodes are integrated at the inner side of a plastic ring, fabricated using non-conductive filament. The 3D printed e-ring is an amperometric device which detects ions in a solution, in this case human sweat, based on electric current or changes in electric current. The e-ring was modified with an electrodeposited gold film so that it could then be fitted to a miniature potentiostat (electrical hardware used to control three-electrode cells). The potentiostat is addressable to a smartphone with which users are able to monitor their glucose levels.

This is just one of the many ways in which 3D printing technology has been adapted to facilitate innovations in the medical sector. In fact, a Polish initiative aims to 3D print a functional bionic pancreas, able to secrete insulin, purposed to combat diabetes by 2022. You can read the full paper on the glucose monitoring e-ring HERE.

What do you think of this 3D printed e-ring? Let us know in a comment below or on our Facebook, Twitter and LinkedIn pages! Sign up for our free weekly Newsletter here, the latest 3D printing news straight to your inbox!