Are 3D printed drugs the future of personalized medicine? 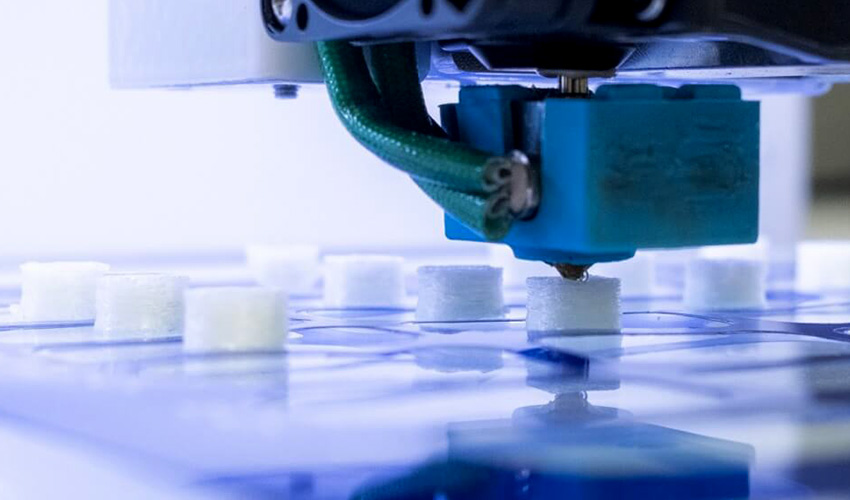 Personalized medicine tailors treatment to the individual characteristics of each patient. One of the technologies that enables tailor-made treatments is additive manufacturing. In the medical sector, 3D printing technologies have already been used to create custom-made prosthetics, implants and other medical devices. The technology is even being used to develop 3D bioprinted organs. Another way in which we can adapt treatment to patients is to develop personalized drugs. 3D printed drugs have been developed to adapt to each patient’s needs, and could change treatments in a radical way in the long term. Today, we explore the various 3D printing technologies used to create 3D printed medicine. What are the current techniques? What benefits do they bring? And, of course, how will they impact the pharmaceutical industry?

Nowadays, millions of people rely on medical prescription drugs on a regular basis for various conditions and illnesses. One issue is that due to the mass production of uniform pills, we often consume doses above the recommended ones.  According to the CEO of Multiply Labs – manufacturer of pharmaceutical filament for the creation of 3D printed pills – Fred Paretti: “Currently, medications are developed especially for white adult men, which means that all women and children have an excessive prescription for their bodies. This fact underlines the importance of the advent of personalized medicines, as well as highlighting the individuality of each patient. Since the error in the dosage of certain active ingredients can even lead to the malfunctioning of some treatments.” 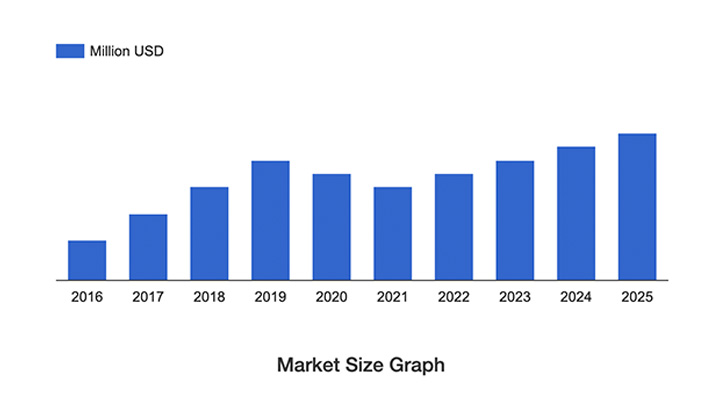 Since 2018 the market for 3D printed medicines has experience growth rate of 7% | Credits: Industry Stats Report

Looking at the 3D printed drug developments in the last few years, we see an encouraging future. In the last two years, the market has experienced a big increase, since 2018 it has had a 7% annual growth rate, and is expected to reach a value of $437 million in 2025 (according to the Industry Stats Report study). The country that accounts for the most growth is the US, with a share of 39.75% of total revenue. This is due to the fact that the country’s large pharmaceutical companies are betting more on research and development in 3D printing techniques.

When were 3D printed drugs developed?

It’s in 2015 that the first 3D printed medication was launched. Spritam, a pill created with powder bed technologies, was developed for the treatment of epilepsy. This was also the first drug approved by the FDA. Developed by Aprecia Pharmaceuticals, Spritam opened the door to customized pills, allowing a treatment with different doses for each patient. Today, Aprecia has become one of the key players in this industry, and continues to manufacture this drug with its patented ZipDose® technology. Their technology allows the drugs to dissolve in seconds, a great advantage for people who suffer from epilepsy, or for patients who have trouble swallowing. 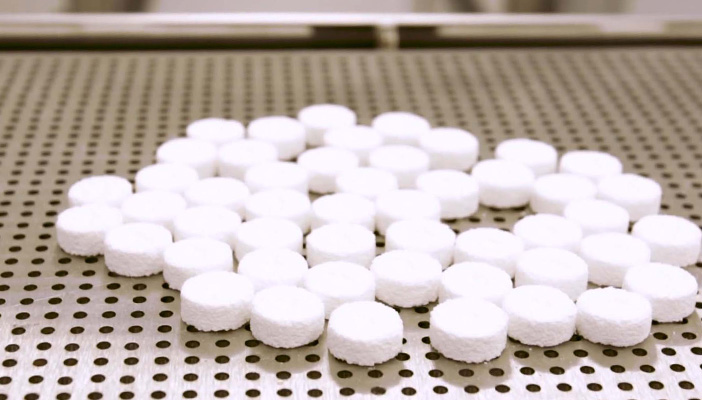 The same year that Spritam arrived, Dr. Martin Burke of the Howard Hughes Medical Institute and his team of researchers developed a 3D printer for manufacturing drugs through blocks of molecules. This was accomplished by noticing that in the case of small molecules there are some patterns (groups of atoms) that repeat. Therefore, they isolated hundreds of these patterns and created a 3D printer capable of assembling them to create the desired molecule, allowing the development of customized pills.

Another major finding that came to light in the early years of 3D printed drug development was a study by the National University of Singapore (NUS) showing that several drugs could be printed in a single pill. On top of this, the study revealed it was possible to schedule the release of each substance within the pill. In 2016, Multiply Labs brought this idea to the market by launching its startup. Today, the company manufactures pharmaceutical filaments that allow programmed release of drugs inside a 3D printed pill. Fred Paretti told us: “At Multiply Labs, we apply 3D printing to the manufacture of the capsule or container of the medicine. It is not a normal capsule, inside this 3D printed cover, we actually have separate compartments. And each part of the capsule can release a drug at a different time.” Although the company is not in the business of printing active substances, its 3D printed pills can be a solution for large pharmaceutical companies, which would allow them to take only one pill a day for patients who need multiple drugs. 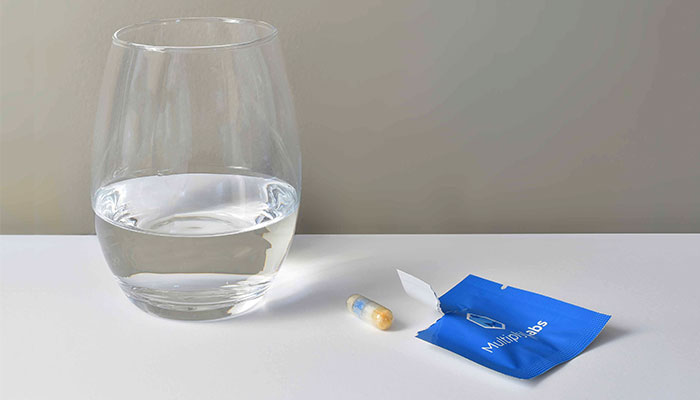 The current technologies on the market

Since the arrival of the first 3D printed drug in 2015, the development of techniques for its manufacture have been increasing. To identify these techniques we have counted on the collaboration of FabRx, “Pharmaceutical Biotechnology Spin-out of the University College of London (UCL), which specializes in 3D printing of oral dosage forms, that is, creation of drugs by means of additive manufacturing“, Patricija Januskaite Senior Scientist of the pharmaceutical company told us.

The FDM/FFF technique is one of the most widespread in drug 3D printing. Filaments loaded with medicines can be used for the manufacture of the pills. One of the great challenges when using this technique is adjusting the extrusion temperatures so that this does not affect the active ingredients of each pill. “Fused Deposition Modeling (FDM) has the ability to make combinations of multiple drugs (polyps), as well as sustained or delayed release tablets,” Patricija Januskaite explains.

In addition to loading the filaments with drugs, there is also the possibility of using pharmaceutical filaments that would not affect the drug contained, which is the case of Multiply Labs. “We can 3D print a compartment/pill with a very thin wall that can release the product, in about 30 minutes, and then add another wall that can release another drug in 2 hours; all in a single capsule with two compartments that allow for a programmed release“, comments Fred.

This is a similar technique to the one used for the development of the first 3D printed medication: ZipDose®. In the case of the latter, its development is mainly used to create medication with a high load of medication and with high disintegration due to the porosity of the materials. Direct powder extrusion has been patented by FabRx. It involves the extrusion of powdered material (a mixture of active ingredients and excipients) through a nozzle using a unique screw extruder. This type of drug allows sustained or delayed release dosing, according to the British pharmaceutical company.

Stereolithography or SLA uses photopolymers for the solidification of resins or liquid materials. In the case of this technology, drugs can be incorporated into the polymer network to produce pills loaded with active ingredients or to develop sustained release medical devices. This technology is the one that best enables the combination of different drugs in the same 3D container.

The manufacture of a 3D pill with SLS technology refers to the mixture of active ingredients with some copolymers.  The fusion of these powders is achieved by a laser. The use of this technique allows the creation of medicines with several characteristics: they can go from controlled-release dosage forms to orodispersible ones. 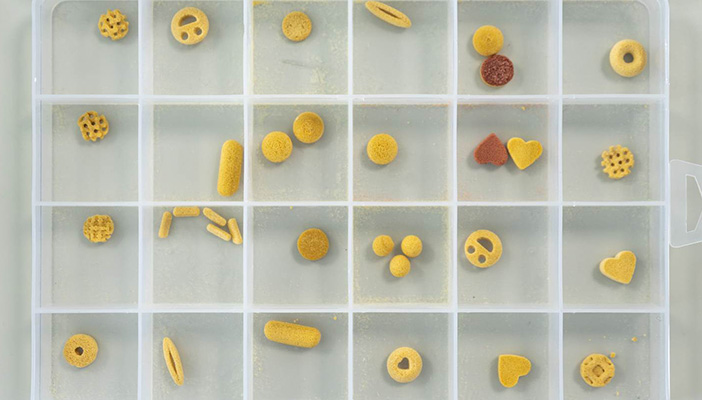 Although this technique is reminiscent of 2D printing methods, it’s actually closer to Binder Jetting technology. In the case of drug manufacturing, combinations of active ingredients and excipients or inks are sprayed through the nozzle that creates the structures layer by layer. They are solidified with the aid of a powder substrate which is then sprayed.

In addition to the above techniques there are variations on some of them, and many pharmaceutical companies are developing their own technologies or improving some of the existing ones.

What does the future hold for 3D printed drug manufacturing?

Although we can consider that we are still at the early stages of the development of 3D printed drugs, and the official arrival of personalized medicine, we cannot deny that this sector is growing. The companies interviewed agree that we will see changes in our drug consumption within the next decade if the sector continues to grow as it has in the past two years.

In addition to the speed of development, we must not forget the importance of subjecting these novelties to the regulations that a sector like the medical one needs. As with the arrival of many new technologies, the misuse of printing on medicines could result in harm to many patients, and even allow the adaptation of these techniques for the inclusion of other substances harmful to health.

We know that the future of 3D printed medicines is undoubtedly promising and will change the course of today’s treatments: “In ten years’ time no patient will agree to take the same thing as another million of people. And no doctor will prescribe the same thing to two patients“, concludes Fred Paretti from Multiply Labs.

What do you think of 3D printed drugs? Let us know in a comment below or on our Facebook and Twitter pages! Don’t forget to sign up for our free weekly Newsletter, with all the latest news in 3D printing delivered straight to your inbox!