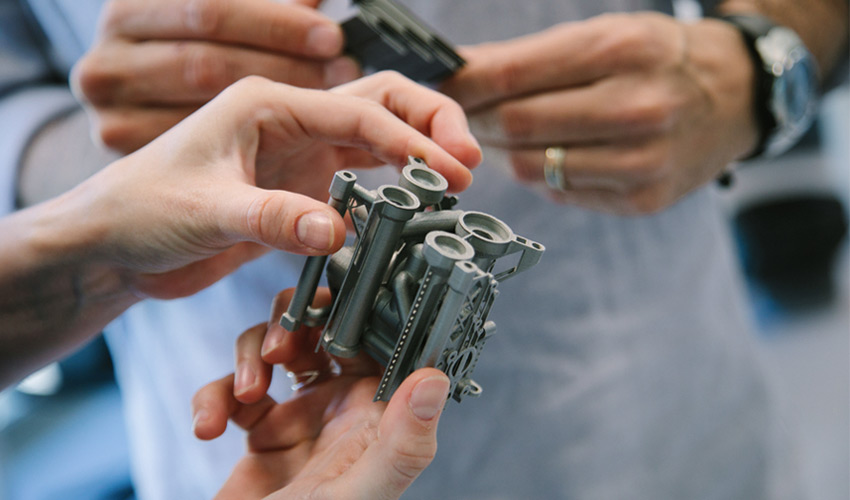 In early March of this year, the 3D Factory Incubator completed its second year in operation. It is the first European high-tech 3D printing incubator, housing the most promising initiatives and projects committed to disruptive technologies as the basis of their business model. Its objective is to incubate the 100 best initiatives linked to additive manufacturing in 5 years, by creating a unique space for the incubation of start-ups, SMEs and micro-enterprises linked to 3D printing. It is an initiative promoted by the alliance between the Consorci de la Zona Franca de Barcelona (CZFB) and the Fundación Leitat, with the support of the ERDF Funds through the Fundación INCYDE, Foundation of the Chambers of Commerce of Spain.

As it celebrates its second anniversary, the initiative has already presented the data on what it has achieved since its inauguration in March 2019. To date, 55 companies have been incubated, far exceeding initial expectations, despite the establishment of the state of emergency

and the pandemic. During this time, it has also received more than 300 applications from small businesses, startups and entrepreneurs who trust the incubator to develop their business ideas through 3D printing. Of these, 79% are of national origin and 21% are international, which highlights the projection of the 3D Factory Incubator beyond the 3D printing industry in Spain. The remarkable growth of the project has also been reflected in the creation of employment in the incubated companies, generating more than 50 new jobs. Within the 3D Factory Incubator, we found projects from multiple sectors that demonstrate the transversality of technology: in first position are consumer goods companies (19), followed by technology consulting projects (12), health technology (7), mobility (7), ICT (7), robotics (1), logistics (1) and chemistry (1). 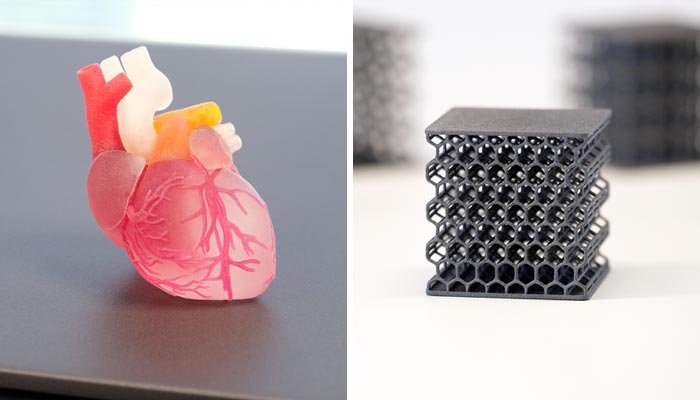 What is the impact of the incubator on the industry?

According to the 2020 “The State of 3D Printing” report released by Sculpteo, there has been a huge growth in the use of additive manufacturing in recent years. In fact, there has been a growth of 80% of  companies starting to use this technology in the last two years. Within these new adoptions, 52% use 3D printing for production, while 68% continue to leverage it for prototyping. Furthermore, of all the companies surveyed, 65% of them plan to increase their investment in additive manufacturing in the coming months and the vast majority see great potential for 3D technology within industrial manufacturing. Focusing on Europe, 55% of companies consider 3D printing as a major competitive advantage in the market. However, two major limitations have been found in its adoption: the first is the high cost, and the second is the lack of training and knowledge in the field of additive manufacturing.

With this collected data, it is clear that having access to a complete production laboratory (with 10 3D printing machines of six different technologies, both industrial and small format), as well as a post-processing laboratory (with equipment for cleaning, polishing and dyeing parts, and access to a metrological scanner and a laser cutter) and the advice of an expert team, can be a clear competitive advantage. Joan Parra, CEO of DFactory Barcelona, certainly thinks so, stating: “Throughout these two years we have witnessed the enormous talent that is emerging around a new industry that is betting on 3D printing, not only as a prototyping tool, but as the basis for their business project. Additive manufacturing technologies offer multiple advantages and opportunities to turn a priori impossible ideas into successful projects with rapid development”.

The 3DFactory Incubator has become a reference project for Industry 4.0, welcoming more than 850 companies in the two years it has been operating, or about 1,600 people. Proof of this is that despite the restrictions linked to the State of Emergency during the past 2020, large internationally renowned companies came to visit the incubator: Samsung, Henkel, BCN3D, Filmax, HP, Continental, Forbes, Materialise, MWC Foundation or Escribà, among others. 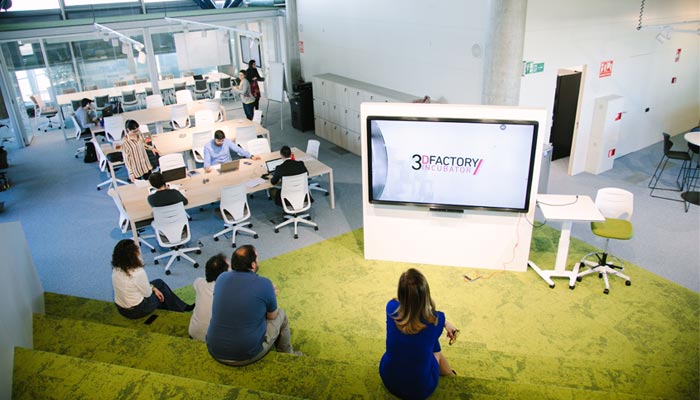 Likewise, major national authorities have wanted to learn first-hand about the work carried out in the incubator. Among these figures are King Felipe VI of Bourbon; the President of the Government, Pedro Sanchez; the Third Vice President of the Government and Minister of Economy, Nadia Calviño; the Minister of Innovation and Science, Pedro Duque; the High Commissioner for Spain as an Entrepreneurial Nation, Francisco Polo; and the Government Delegate in Catalonia, Teresa Cunillera, among others.

The added value of 3D technology in recent months

In 2020, we saw how the versatility of 3D printing allowed many companies to adapt their production to the needs of health protection equipment and how multiple solidarity proposals arose, including in the Maker community, to alleviate the impact of COVID-19 on the collapsed health system. The lack of healthcare equipment also allowed the additive manufacturing industry to highlight its capabilities and advantages over other production systems. In March 2020, the team behind the incubator joined forces with CZFB, Leitat, HP, CatSalut, the CST and Hospital Parc Taulí to develop the so-called Leitat 1, the first 3D printed and industrializable field ventilator, which obtained validation from the Spanish Agency of Medicines and Health Products to be able to start a trial with real patients in just over 2 weeks. To date, all tests have been satisfactory and it has already been distributed to more than 25 hospitals throughout the country. Another project on which the 3D Factory Incubator collaborated was the development of the Multivent bifurcator, a 3D printed device that allows multiplying the access to assisted ventilation equipment during the moments of greatest shortage of equipment in ICUs. 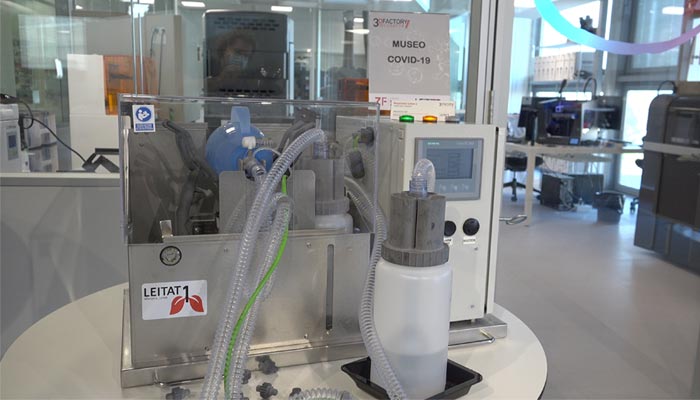 It is also worth mentioning the multiple initiatives that emerged among the different incubated companies to respond to the high demand of the healthcare sector and essential services. In the words of Joan Parra: “We have seen how collaborative synergies have arisen among the incubatees themselves thanks to being part of this innovation ecosystem and we are excited to know that this is only the first step and that very soon these synergies will be able to reach a new level with the opening of the Center of Excellence 4.0, DFactory BCN”.

Despite the difficulties associated with the state of emergency, the 3D Factory Incubator has not only not been affected, but has expanded its facilities from 600 to 1,000 square meters, in order to respond to the high demand from companies and have a new area for scanning and post-processing parts (cleaning and dyeing). In addition, the 3D Factory Incubator has expanded the space for co-working and has incorporated new meeting rooms for incubated projects. Pere Navarro, special delegate of the State in the Consorci de la Zona Franca de Barcelona, comments: “In a year marked by global uncertainty, the 3D Factory Incubator has been an example of the type of activity that will lead the new economy. From the CZFB we are committed to promoting the development of Industry 4.0, based on sustainability and the creation of partnerships, in line with the UN Sustainable Development Goals.” 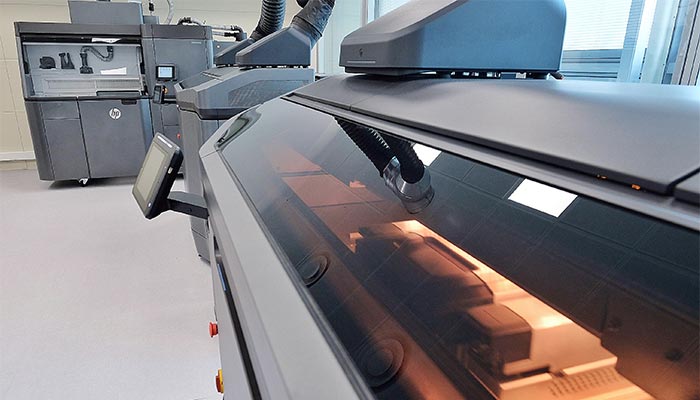 Undoubtedly, the 3D Factory Incubator is on a successful path during these first two years of operation. With this data, an exponential growth of the initiative is expected, which will allow it to reach its goal much sooner than expected. You can find more information about the project HERE.

What do think of 3D Factory Incubator? Let us know in a comment below or on our Facebook, Twitter and LinkedIn pages! Sign up for our free weekly Newsletter here, the latest 3D printing news straight to your inbox!